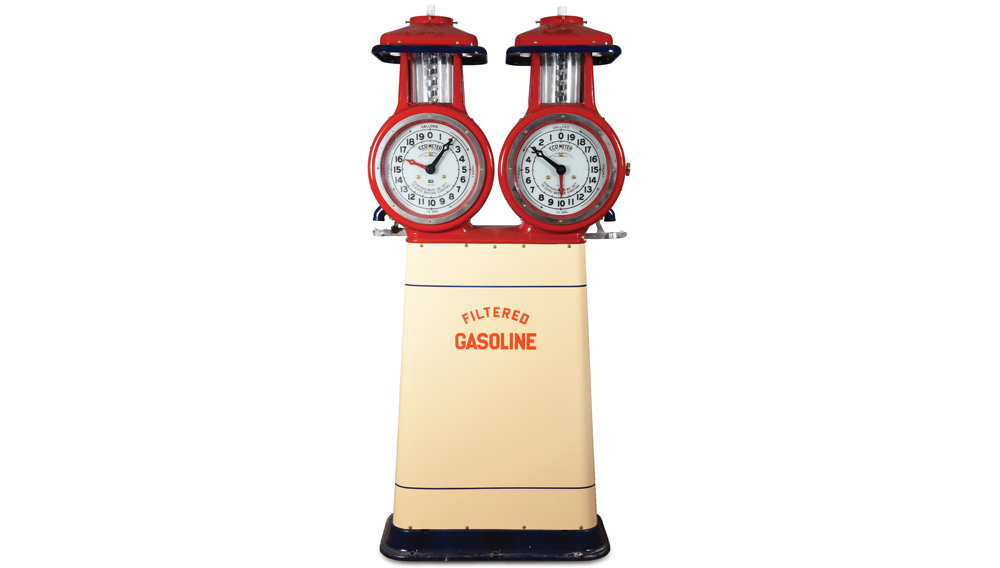 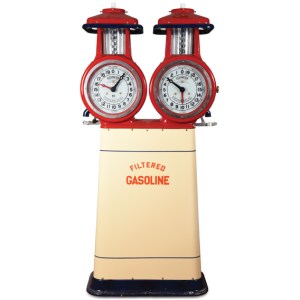 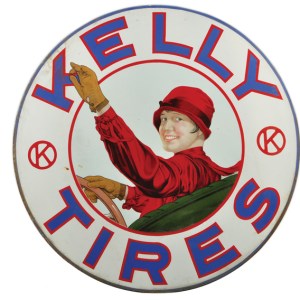 An ongoing series of auctions is cause for excitement among petroliana collectors.

Kyle Moore owned what is likely the world’s largest assemblage of petroliana and kept it at his house in rural Oklahoma, about 90 miles west of Oklahoma City. He was private about his collection and seldom invited visitors to see it. Dan Matthews, head of

the petroliana department at Morphy Auctions in Denver, Pa., is one of the select few who did view the 4,000-piece collection of vintage fuel pumps, signs, oil cans, and other items related to gas stations. “It was worth going to see,” he says. According to Morphy, the collection is valued between $15 million and $20 million.

Moore, who died last year at age 80, sold his cache in 2006 to an investor, who earlier this year consigned it to Morphy. Now the auction house has begun dispersing the collection in a series of sales that began in October and will continue through 2016. The next event takes place January 9.

A prized item in the January auction is a circa-1930 Musgo Gasoline globe, a 48-inch-diameter enamel sphere that stood atop a gas-station fuel pump from the now-defunct company. The globe—which sports the Musgo brand name and a hand-painted, brightly colored image of a Native American—is expected to sell for $60,000 to $80,000.

The inaugural sale in October included a pair of 1920s-era Kelly Tires enamel signs featuring the photogenic and stylishly attired character known as Lotta Miles. One sign sold for $69,600 and the other for $88,800. “It’s one of the signs that you don’t find very often, and not in good shape when you do,” says Matthews. That sale also included a restored 1930s-era Eco-Meter gas pump topped with a “clockface” meter on each side. “Nobody knows of another one of these,” says Matthews. The pump fetched $60,000.

Moore, who made his fortune as a cable-television entrepreneur, started out as a collector of cars before turning to petroliana. Though he paid top dollar for rarities, it is doubtful he anticipated the extreme rise in petroliana values in recent years, which has been driven in part by the trend toward lavishly decorated showcase garages for car collections.

Signs are the hottest petroliana category, according to Matthews, who says their prices have been rising almost vertically. He is not surprised by their popularity: They are remnants of automotive history that can be attractive and offer compelling backstories. And unlike classic cars, they do not require ongoing care, just good climate control and a display space. “You put them on the wall,” says Matthews, “and they won’t go bad.”