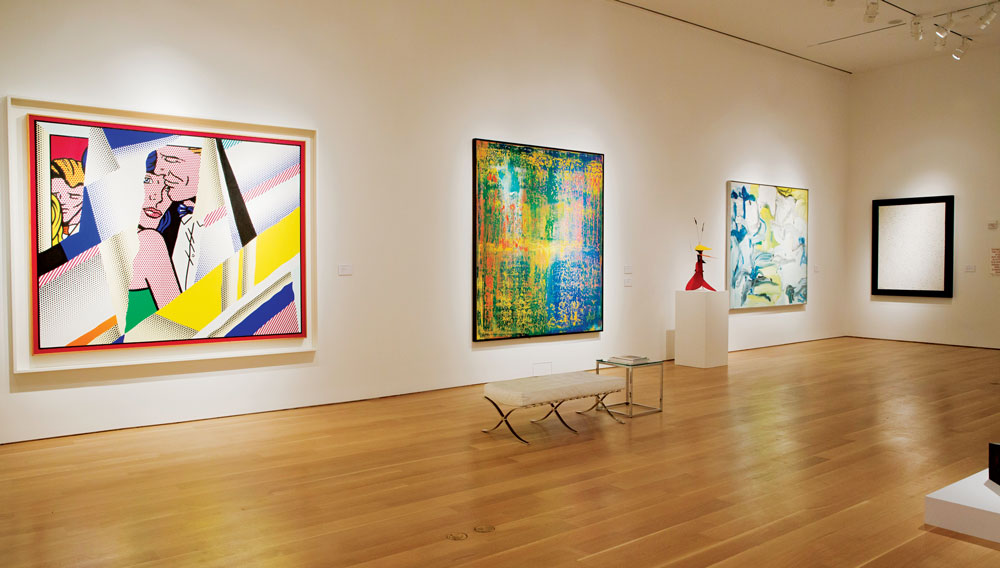 Christie’s offers an auction alternative with an exclusive new wing.

It was standing room only at Christie’s Post-War & Contemporary Art auction last November. The show—featuring nearly 80 lots ranging from Andy Warhol’s Triple Elvis to Jeff Koons’s Pink Panther—promised to be one of the biggest nights in history for the Manhattan auction house, with an estimated $600 million worth of art on the block at its Rockefeller Center headquarters. By evening’s end, that hefty estimate proved downright conservative, with the gavel resting on a record-shattering $852.9 million. For Christie’s, however, many of the night’s biggest sales—which included more than a dozen all-time-high prices for artists such as Cy Twombly and Ed Ruscha—transacted not on the auction floor, but rather in private rooms secreted behind tinted windows above the crowd.

From 2013 to 2014, Christie’s reported a 12 percent increase in overall art sales. With the house’s rise in business, however, many of its top clients have started migrating to a more private alternative to the traditional auction format. Christie’s says that 17 percent of its 2014 totals can be attributed to private sales in settings such as the rooms above the auction floor. To address this growing demand, the company in November launched its West Galleries, an 11,000-

“From 2012 to 2013, we saw a 20 percent growth in private sales. From 2013 to 2014, it is nearly 50 percent,” says Vivian Pfeiffer, senior vice president and director of private sales at Christie’s. “We felt the time was right for a new kind of private experience.”

Designed by the architect Annabelle Selldorf, the West Galleries combines public exhibition space with a handful of private viewing rooms. Each room approximates a real-world setting, from a living room–style space furnished with leather armchairs to a museum-quality space with 16-foot-high ceilings. Throughout, state-of-the-art lighting and technology ensure optimal viewing experiences. “The West Galleries makes for a beautiful experience in which you can sit down and enjoy your viewing,” Pfeiffer says. “You are not sitting with 1,000 other people.”

The new wing builds on long-established private services that enable collectors to work with consignors to buy and sell specific works outside of the auction timeline and setting. Pfeiffer notes that  top clients may also view a potential acquisition outside of the galleries—in their homes or elsewhere.

The West Galleries’ first private-selling exhibition, Rockefeller Center and the Rise of Modernism in the Metropolis, opened in January and featured works by artists including Diego Rivera and Georgia O’Keeffe. Though open to the public for viewing, the show did not culminate in a raucous auction. “It is not a high-risk or fast experience,” Pfeiffer says. “Having that real privacy provides the best possible scenario for a collector.”