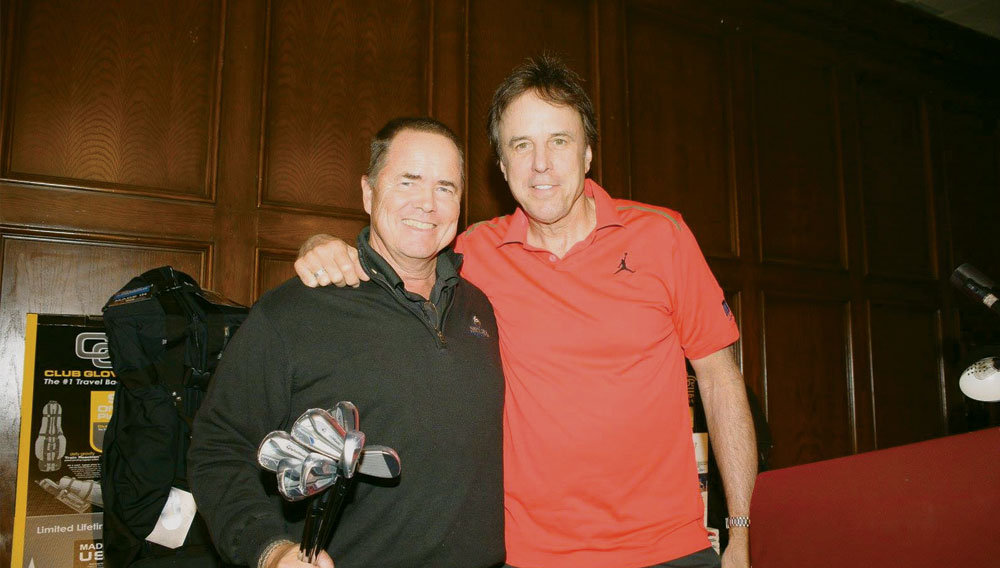 From an art exhibit to a round of golf, these fall fundraisers offer exclusive experiences in support of medical research and care.

WHAT: Comedian Kevin Nealon, a Saturday Night Live alum, helped establish the Celebrity Golf Classic after losing a close friend to skin cancer. Now in its third year, the event, in which foursomes are matched with a celebrity player with full handicaps, supports melanoma research and prevention programs with the aim of creating better treatments and ultimately curing melanoma. Among last year’s participants were funny guys Joe Pesci, Ray Romano, and David Spade. The day on the links ends with a reception, an awards presentation, and—naturally—a joke-telling contest.

WHAT: The lavish Children’s Ball is a long-standing Chicago gala that has raised more than $61 million for research at the Stanley Manne Children’s Research Institute, the research arm of the Ann & Robert H. Lurie Children’s Hospital. Recent projects supported by the Children’s Research Fund have included research on food allergies, childhood obesity, cancer genetics, and more. Among the event’s auction prizes is a special package for jewelry lovers from Van Cleef & Arpels, consisting of a trip for two to Paris to attend classes at L’Ecole Van Cleef & Arpels and a private tour of the company’s workshop.

WHAT: Focused on increasing survival rates and improving quality of life for women with breast and gynecological cancers, the Under One Umbrella campaign supports care and research at the Stanford Women’s Cancer Center. The annual luncheon is in its sixth year. Honorary chair Nicole Kidman, whose mother was diagnosed with breast cancer when the actress was a teen, has ardently supported Under One Umbrella since the beginning. Her husband, country crooner Keith Urban, entertained at last year’s event. Trisha Yearwood and Garth Brooks are among those set to take the stage this year.

WHAT: Fighting heart disease and stroke since 1959, the Phoenix Heart Ball has become an institution, kicking off the city’s social season. The American Heart Association hosts galas nationwide, but the Arizona event is among the group’s longest-running, having netted more than $33 million over the years to fund programs for heart disease prevention, education, and research. “The legacy runs deep,” says Brenda Howard, this year’s event chairman. “The event is 55 years old, and there are 35 past chairmen who are still actively involved.”

WHAT: Kicking off National Alzheimer’s Disease Awareness Month, the fifth annual Fall Symposium & Luncheon will feature discussions with leading scientists in the field, led by Howard Fillit, MD, the founding executive director and chief science officer of the Alzheimer’s Drug Discovery Foundation. The luncheon, hosted by  television journalist Paula Zahn, will honor restaurateur, former model, and TV lifestyle expert B. Smith, who came forward earlier this year about her own Alzheimer’s diagnosis and how she has been coping with the early stages of the disease.

The Friends of the Mass General Cancer Center

WHAT: Cancer patients and caregivers will strut down the runway at the Couture for Cancer Care Fall Benefit, a fashion show featuring designs from North River Outfitters and Nic+Zoe. The event funds Mass General Cancer Center’s supportive care services and resources, which are provided to cancer patients and families at no cost. Daniel A. Haber, MD, the director of the Cancer Center, will be among the models that evening.

The Society of Memorial Sloan Kettering

WHAT: Showcasing the fascinating artifacts of the International Fine Art & Antiques Show, The Society of Memorial Sloan Kettering’s 26th annual Preview Party offers patrons an exclusive look through the prestigious art fair before it opens. The event, which attracts more than 1,000 guests for a sneak preview of diverse objects for sale ranging from rare books and antique timepieces to furniture and modern sculpture, benefits the Society’s cancer-specific patient care, education programs, and research. MSK physicians lead more than 900 clinical trials to study adult and pediatric cancers.

Cedars-Sinai Board of Governors

WHAT: Cedars-Sinai Board of Governors is a group of philanthropic leaders who support research and patient care at the Cedars-Sinai Medical Center.

Members, who make an initial commitment of $50,000 or more, are invited to educational programs, committee involvement, and volunteer opportunities, as well as the invitation-only annual Board of Governors Gala. This year’s event will benefit the Cedars-Sinai Board of Governors Regenerative Medicine Institute, which promotes research and education in cellular therapy, restoring function in diseased or aged tissues through either revitalizing existing cells or the transplantation of new cells. The board will be honoring Janet and David Polak with the Philanthropic Leadership Award.