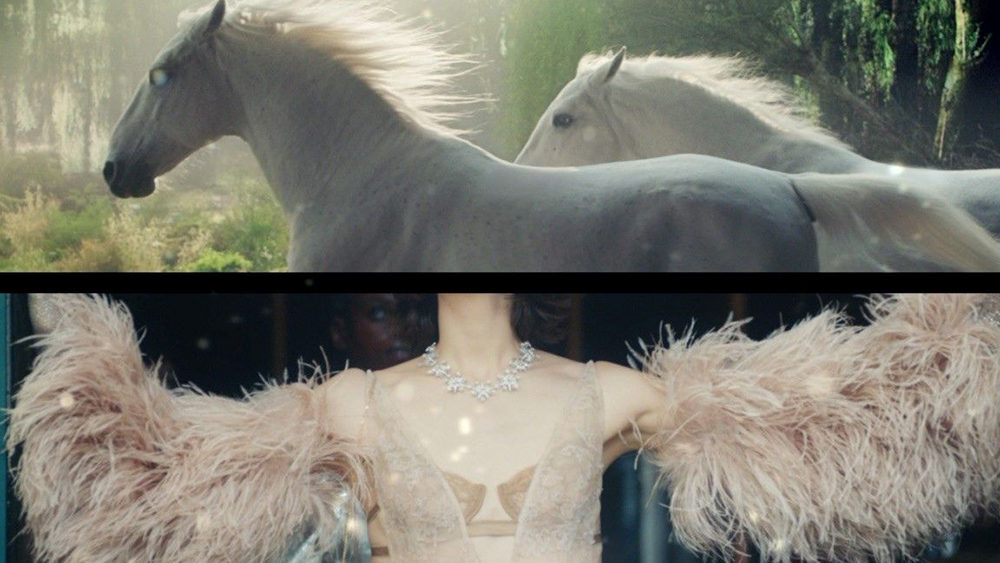 As major brands continue to look to the market for NFTs, Italian fashion label Gucci is auctioning off a newly minted NFT inspired by its Fall/Winter 2021 collection in an online auction hosted by Christie’s. The NFT draws from Aria, a four-minute film produced by filmmaker Floria Sigismondi and Gucci’s creative director Alessandro Michele to accompany a runway show.

The work is offered as part of “Proof of Sovereignty,” a Christie’s-curated NFT sale that began May 25 and remains open for bidding until June 3. The current bid for the Gucci NFT, as of Wednesday afternoon, is $20,000. Proceeds from the sale will be donated to UNICEF USA to support the nonprofit’s COVAX initiative, which supports global access to Covid-19 vaccines.

In text about the work, Christie’s describes its mix of “dream-like landscape and effervescent energy” as representative of Gucci. The NFT is formatted as a three-channel video playing on a loop.

Since the beginning of this year, Christie’s has been at the forefront of auction houses facilitating the sale of NFTs, which had previously been sold without such intermediaries. The house’s sale of Beeple’s Everydays: the First 5000 Days (2008–21) for $69 million in March was an unprecedented landmark that made Beeple the third-most-expensive living artist.

Since then, Christie’s has rolled out other NFT sales to attract an emerging class of crypto-wealthy buyers. Because those sales have been presented in collaboration with artists and estates, its collaboration with the luxury brand Gucci marks a new kind of offering in the crypto-art space at auction.

Christie’s experiments in the crypto-art realm have also drawn criticism. In May, the house teamed up with the Andy Warhol Foundation to stage an NFT sale comprising little-known digital artworks recovered from Warhol’s 1980s-era Amiga 1000 computer. While the five-lot sale brought in $3.5 million, it drew objections from digital media observers who said Christie’s was misrepresenting the originality of the works actually being sold.

The “Proof of Sovereignty” sale, which is curated by anonymous digital artist Lady PheOnix with Christie’s contemporary art specialist Noah Davis, also includes digital offerings by formidable media artists such as Jenny Holzer, Urs Fischer, Gerald Laing, and Nam June Paik. For this sale, Davis is placing stock in the potential for NFTs to further disrupt the art world. In a statement, Davis said, “It’s going to change the way artists make art, and the way every creative industry operates, by democratizing access to information, diminishing opacity in favor of transparency, and empowering creative people everywhere.”