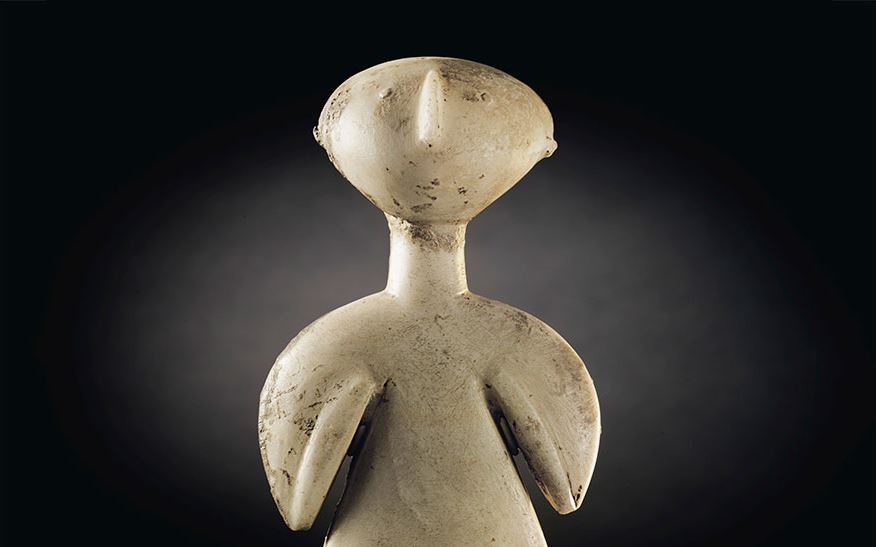 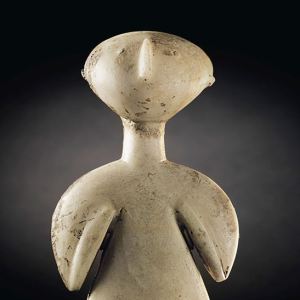 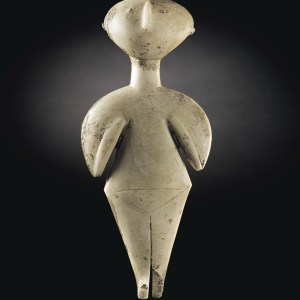 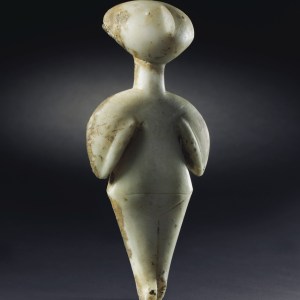 With its sleek, abstract form and its eyes tilted slightly towards the heavens, this rare complete idol from Anatolia is set to be a highlight of Classic Week in New York

Standing 9 inches high, the Guennol Stargazer is one of the finest and largest preserved Anatolian marble female idols of Kiliya type — and will be offered in the Exceptional Sale  on 28 April at Christie’s in New York (estimate on request).

The Guennol Stargazer is from the Chalcolithic period, between 3000 and 2200 BC, and is considered to be one of the most impressive of its type known to exist. It is further distinguished by its exhibition history, having been on loan at The Metropolitan Museum of Art at various periods from 1966 to 2007.

‘Stargazer’ is the colloquial title derived from the slightly tilted-back angle at which the large head rests on the thin neck, thus creating the whimsical impression of the figure staring up at the heavens.

There are only about 15 nearly complete idols that survive, although fragmentary examples, particularly heads, abound. Most of the complete examples have been broken across the neck, as with the present figure, suggesting that the sculptures were ritually ‘killed’ at the time of burial.

The last marble example of Kiliya type to have appeared at auction was The Schuster Stargazer, which sold at Christie’s New York on 5 June 2005 for $1,808,000.

‘The Guennol Stargazer is an iconic work of art and one universally recognised as the finest Kiliya idol in existence,’ states G. Max Bernheimer, International Head of Antiquities at Christie’s. The sleek and abstract form of this extremely rare work was a source of inspiration for 20th-century masters such as Brancusi, Modigliani and Henry Moore.

The Guennol Stargazer was a part of the Guennol collection, which was formed by prominent art collectors Alastair Bradley Martin and his wife, Edith. ‘Guennol’ is the Welsh word for ‘Martin’, and the choice of Welsh is an allusion to the place where the couple spent their honeymoon. The Stargazer was acquired by the current owner, a New York private collector, from the Merrin Gallery in August 1993.

The exceptional nature of the objects included in the Guennol Collection is legendary — in December 2007 the Guennol Lioness, a Mesopotamian limestone sculpture, fetched $57.1 million, setting a record price at auction for an ancient work of art.