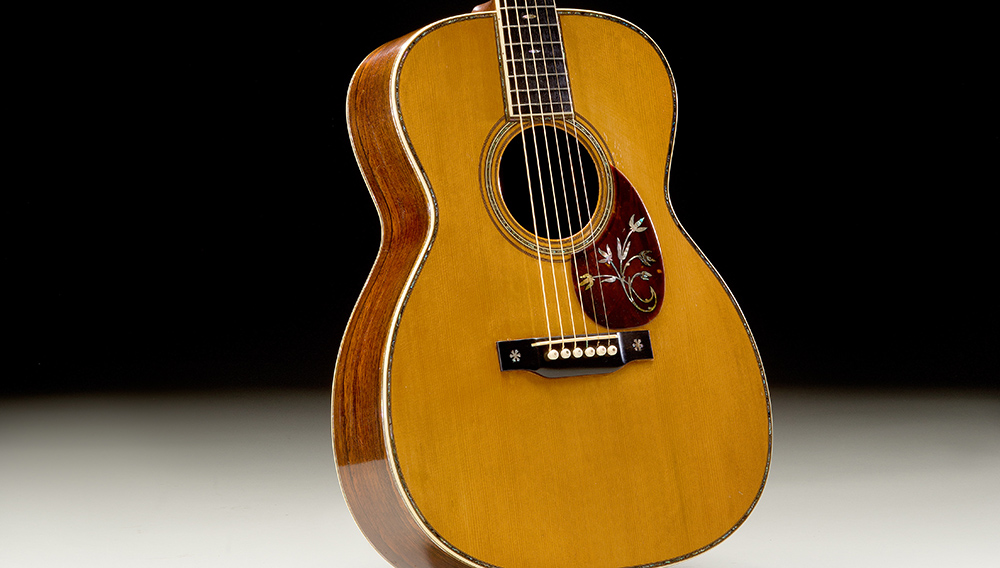 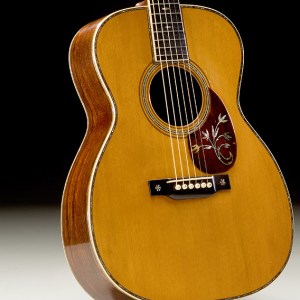 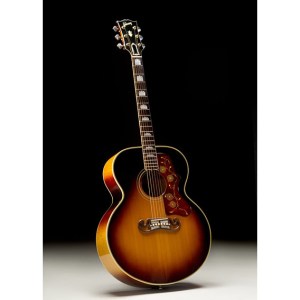 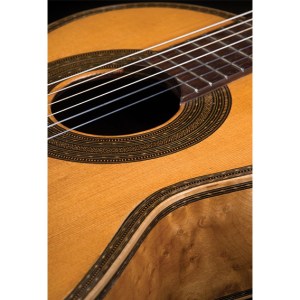 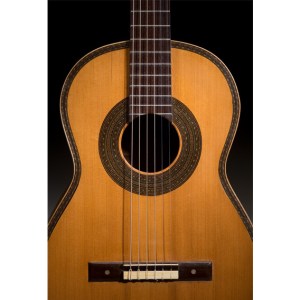 Guitar making, or lutherie, is a fine art, and Antonio de Torres, John D’Angelico, Orville Gibson, and C. F. Martin, among others, are the medium’s equivalents of Rembrandt, Picasso, Renoir, and Monet. The value of the wooden works from artisans such as these has continued to grow during recent decades, with examples at auction going for tens, even hundreds of thousands of dollars. On April 2 and 3 in New York City, Guernsey’s auction house will put on the block what is perhaps the most impressive collection of acoustic guitars ever offered. Guernsey’s Artistry of the Guitar sale will showcase 265 extraordinary examples of lutherie (mostly acoustic, but some electric) from some of the most revered craftsmen. From an 1862 de Torres classical guitar, to four examples of D’Angelico’s legendary archtop New Yorker guitar, dated between 1932 and 1955, to a wealth of guitars from Gibson and Martin, the auction’s total lots are valued at several million dollars. (Online bidding is available through www.liveauctioneers.com.)

Among these lots are four rare 1917 Gibson Style O guitars, dated between 1906 and 1919, with a curved scroll shape designed into the bodies (expected to fetch between $50,000 and $110,000), as well as several examples of the early-20th-century Gibson mandolins that inspired the avant-garde design of the Style O. Another highlight of the auction is a 1927 Francisco Simplicio Presentation classical guitar, which features elaborate relief-carved ebony overlays and is expected to attain as much as $275,000. The auction’s most prominent item is a 1930 Martin OM-45 Deluxe flattop acoustic guitar, which has become the most-sought guitar that Martin ever made: The company built fewer than 10 examples of the OM-45 Deluxe. This minimally restored sample features a body of Adirondack spruce and rare Brazilian rosewood, as well as beautiful abalone inlay on the headstock, neck, and pick guard. The guitar has a presale estimate as high as $2.5 million—making it the Water Lilies of lutherie. (www.guernseys.com)