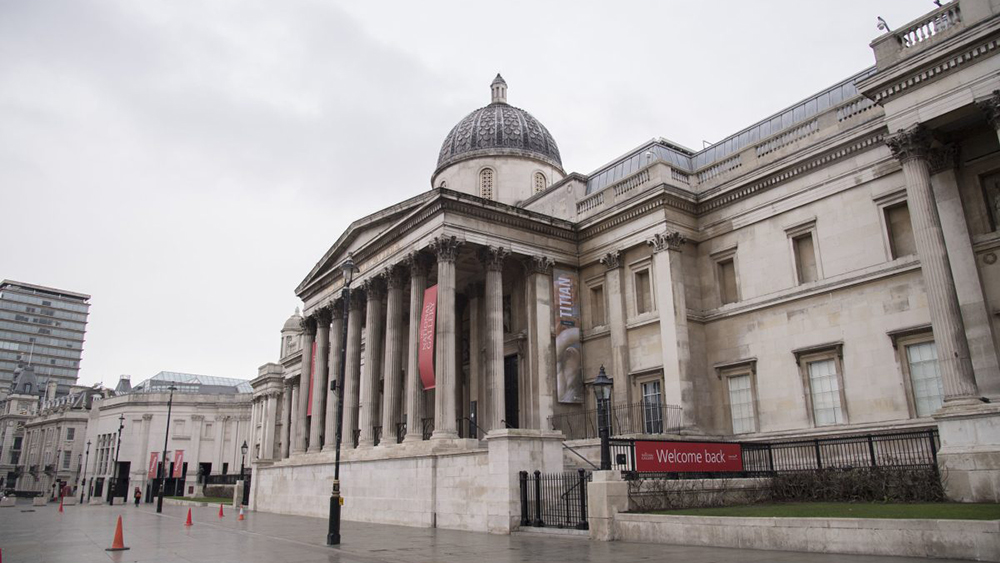 The National Gallery in London announced Monday that it will remove the name of one of its largest donors, the Sackler family, from its walls; meanwhile, the Solomon R. Guggenheim Museum in New York has already dropped the Sackler name, though without an announcement. The museums’ actions follow prolonged calls for cultural institutions to disengage from the pharmaceutical magnates.

Room 34, an exhibition space in the National Gallery that bore the Sackler name for three decades, houses a collection of paintings by British artists active in the 17th and 18th centuries; it has been stripped of signage linked to the family. The Sacklers were similarly removed as namesakes of the Guggenheim’s Center for Arts Education, Artnet reported Monday.

The National Gallery news was announced via a joint statement issued by the museum and the Dr. Mortimer and Theresa Sackler Foundation—the family’s UK charitable organization. In a statement, the museum and foundation said the two entities agreed that the “naming of Room 34 as the Sackler Gallery should come to an end.”

While the Guggenheim initially issued no statement, a museum spokesperson confirmed the decision to Artnet. “The Guggenheim and the Mortimer D. Sackler family have agreed to rename the arts education center. We believe this decision is in the best interest of the museum and the vital work it does,” they said.

The National Gallery and the Guggenheim now join a growing number of prestigious museums to have discarded the Sackler name after Purdue Pharma, the family’s company and the maker of OxyContin, was accused of exacerbating the U.S. opioid crisis that led to a record number of overdose deaths in 2021.  Members of the Sackler family have denied any wrongdoing, though they have been embroiled in lawsuits across the United States.

Tate, the Serpentine Galleries, the British Museum, the Metropolitan Museum of Art in New York and the Musée du Louvre have all removed the Sackler name from their galleries and buildings.

The latest move could raise pressure on the Victoria and Albert Museum in London, which opened a courtyard named for the Sacklers in 2017, following a $9.9 million gift from members of the family.

A spokesperson for the National Gallery said the museum is “grateful for the support it has received from the foundation to undertake its educational and collection-related programmes.”

In March, Purdue Pharma reached a $6 billion legal settlement with a cohort of eight US states to resolve a slew of civil suits alleging that the OxyContin producer fueled the opioid epidemic. The deal, which was reached after several weeks in private mediation, will see the company dissolved or sold by 2024.

The settlement, which is still stuck in legal complications, requires that museums seeking to remove the Sackler name from their galleries must give the donors 45 days’ notice.