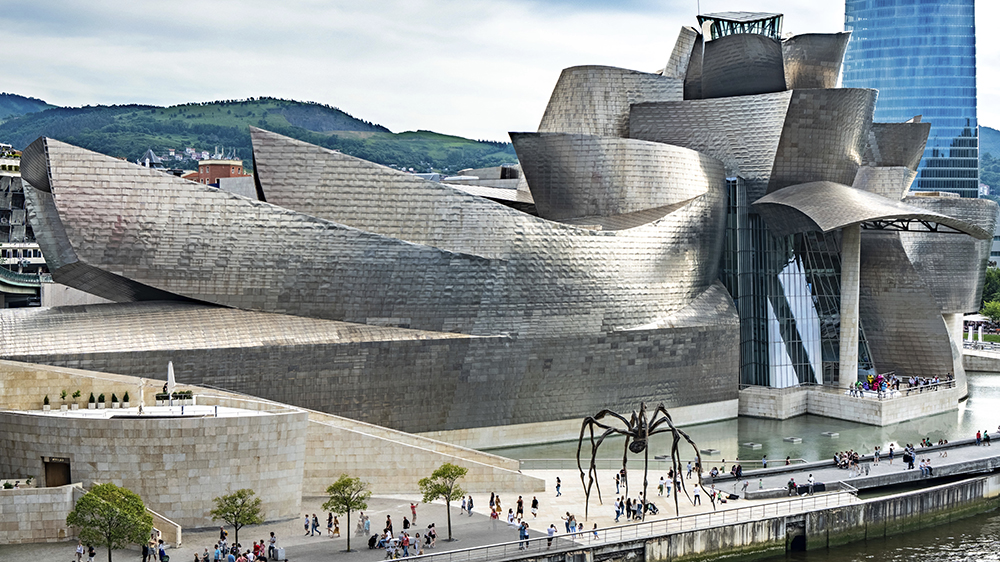 The Guggenheim Bilbao’s long-gestating plans to expand to a Spanish natural reserve may finally come to fruition.

Earlier this week, officials with the government of the Biscay province, whose capital is Bilbao, revealed that they were planning to put €40 million toward an expansion in Urdaibai, an estuary to the east of Bilbao that has hundreds of plant species and thousands of human residents.

Deia, a Spanish-language outlet based in Biscay, reported this week that the provincial council had pegged the total cost of the new museum at €127 million ($129 million). A connector that El Correo described as a “tunnel” would reportedly link the Guggenheim Bilbao with its expansion.

Unia Rementeria, the deputy general of Biscay, reportedly described the potential project as an “important” one that could “generate a lot of well-being in Biscay society.”

The Guggenheim’s plans to expand to Urdaibai date back to 2008, when the museum said it was looking into building a 53,800-square-foot space there. In the years afterward, Guggenheim officials made attempts to tout the project.

Richard Armstrong, director of the Guggenheim Foundation, said at the time that the Urdaibai space had the potential to become the “first important museum of the 21st century.” He said the space “would not be an architectural icon, but a landscape one,” which was read by some as a sign that the Guggenheim was interested in building an ecologically sustainable museum.

The Guggenheim has also painted the Urdaibai project, which is estimated to bring 148,000 visitors annually, as one that would add 900 jobs to a region that at the time had an unemployment rate of 12 percent.

A similar ethos was behind the Guggenheim Bilbao itself, which opened in 1997. Guggenheim officials praised the project for merging private and public funding, though locals in Spain greeted it less enthusiastically early on. In the 25 years since, though, it has been hailed—and imitated—for its ability to bring record-breaking tourism to the region.

In 2010, The Guardian reported that politicians in Biscay—and in the Basque region as a whole—were unpleased with the project because decisions were allegedly being made by the Guggenheim Museum in New York, without seeking input from locals. And while Basque officials upheld the project as a possible solution to unemployment and failing industries in Urdaibai, some worried that a Guggenheim museum would do little to contribute in that regard. In 2013, as the local economy was on a downslide, the Basque government said the project was officially delayed.

The Urdaibai project appeared to languish in the past decade as the Guggenheim focused its efforts on opening a museum in Abu Dhabi and, briefly, on another in Helsinki. The Abu Dhabi space is still not yet built, though it was recently given an expected opening date of 2025. The plan to build the Guggenheim Helsinki was thought up in 2011 and rejected in 2016.

In 2021, the Urdaibai expansion plan was resurfaced by local politicians. This time around, there appears to be a greater consensus among local politicians—El Diario reported that Biscay officials had worked with the Basque government to help make the museum a reality. Earlier this year, Biscay politicians said they did not expect the museum to have a negative environmental impact.

If the Urdaibai museum is realized, it will reportedly be set in a disused cutlery factory in Guernica and shipyards in Murueta. The two towns are about a 10-minute drive from one another, and about a 40-minute drive from the Guggenheim Bilbao.