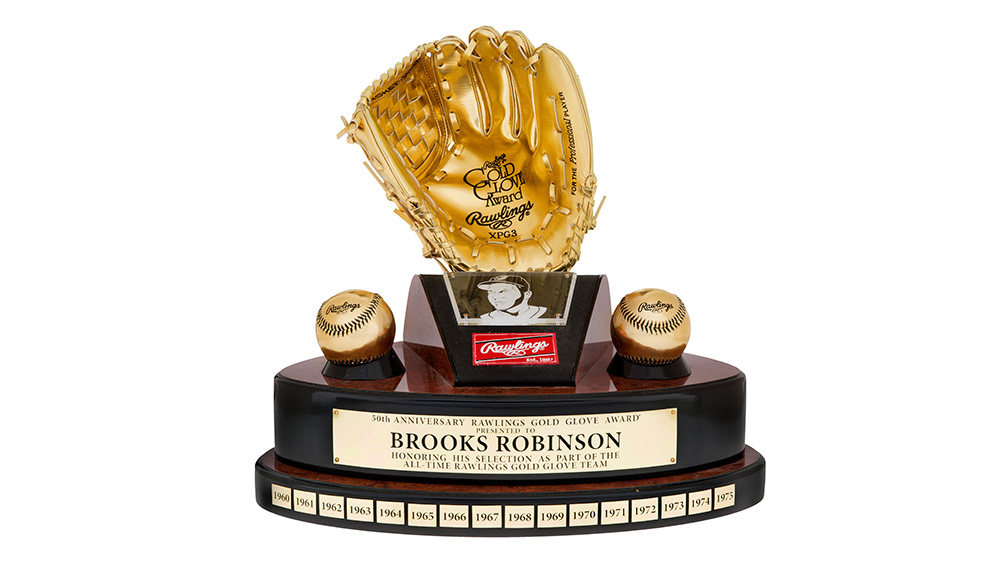 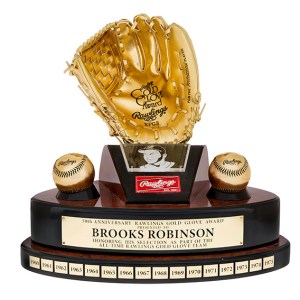 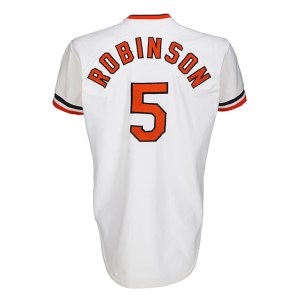 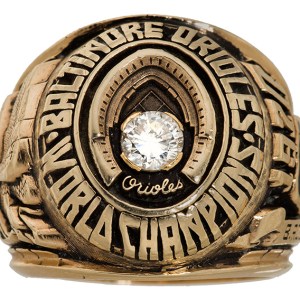 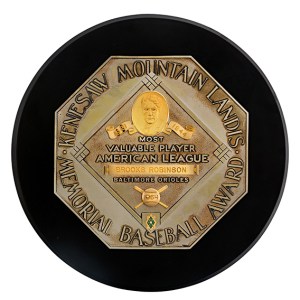 DALLAS – Hall of Famer Brooks Robinson, a Baltimore Oriole for all 23 years of his storied career and the player considered by many the greatest third-baseman to ever play the game, will offer his personal collection of historic career mementos at Heritage Auctions in an online only auction, Nov. 5-7, 2015. All proceeds from the auction will go to The Constance & Brooks Robinson Charitable Foundation.

“This is one of the most significant player collections ever to reach the collecting hobby’s auction block,” said Chris Ivy, Director of Sports Auctions at Heritage.  “While the extraordinary treasures tell the tale of one of the greatest careers in American sports, Robinson’s decision to part with all of it to benefit his philanthropic endeavors is arguably even more illustrative of his legacy as one of the greatest men in American sports.”

For nearly all of the first quarter century of Baltimore Orioles history, Brooks Robinson was the face of the young franchise, claiming two World Championship rings, an American League Most Valuable Player Award, and a then-record sixteen Gold Gloves before his retirement in 1977.  All of these symbols of elite athletic achievement will be sold at auction without reserve.

The Brooks Robinson Collection spans nearly the entirety of the legendary third baseman’s seventy-eight years of life, beginning with a certificate of birth bearing his newborn footprints and the signatures of the Little Rock, Arkansas medical staff that brought him into the world in 1937.  Also on offer is the 1955 rookie contract that first made a Major Leaguer of the eighteen-year old phenom, and Robinson’s personal copy of his 1957 Topps baseball card, the first issued for the young superstar.

Game used material includes the last home and road jerseys worn by Robinson in 1977, his 1974 fielder’s glove, and Robinson’s distinctive batting helmet he personally customized with a hacksaw when he found the visor blocked his field of vision.

Highlights of the auction include, but are not limited to:

Heritage Auctions is the largest auction house founded in the United States and the world’s third largest, with annual sales of approximately $900 million, and 900,000+ online bidder members. For more information about Heritage Auctions, and to join and receive access to a complete record of prices realized, with full-color, enlargeable photos of each lot, please visit HA.com.