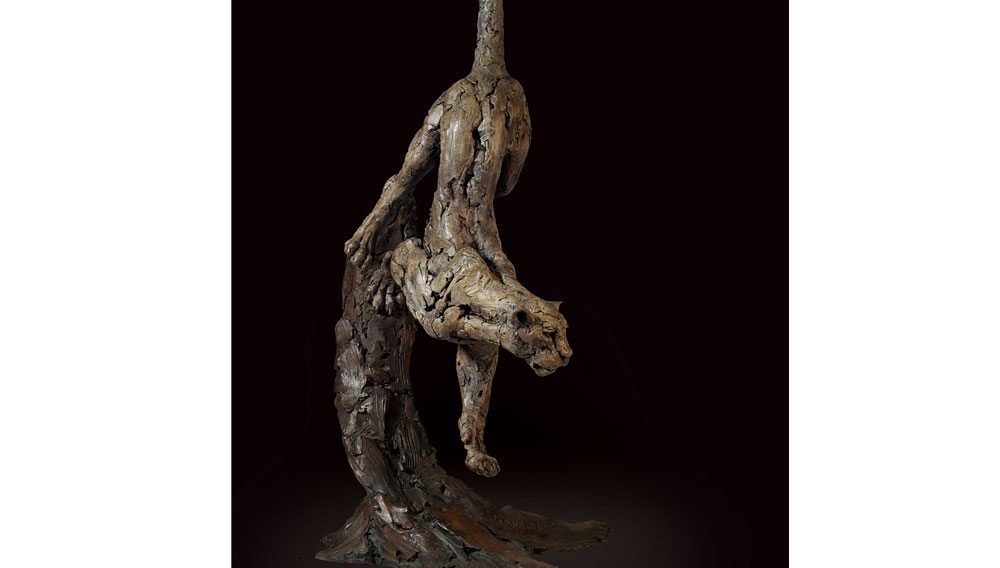 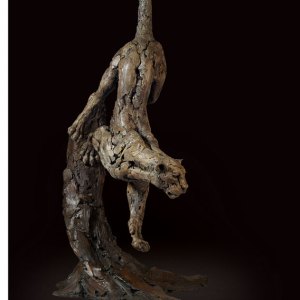 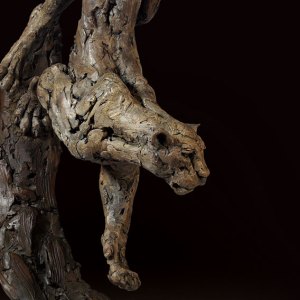 Most travelers who view the animals in Africa and Antarctica capture the sights in photographs, but Hamish Mackie goes further. The British wildlife artist brings his camera into the field, but he also packs plasticine so he can sculpt small-scale models on the spot. “I try to go out with armatures of what I hope to see,” he says. “I can then adapt them to what I want.”

The New York branch of Mallett will host Mackie’s first exhibition of his wildlife sculptures in the United States. More than 50 recent works, many of them life-size, will grace the gallery from January 12 to February 10. The selection will span Mackie’s career but also will showcase several bronzes based on birds and beasts that he encountered on recent trips to Antarctica and Kenya. Leopard (Life Size) Coming Out of Tree, a 2008 bronze, is an example of patience rewarded. “I spent six months in Africa, and I saw two leopards,” Mackie says. “They’re very evasive creatures.” Bronzes from the limited edition of 12 are available for $85,000, and prices for sculptures in the exhibit range from $5,000 to $150,000. (www.mallettantiques.com)