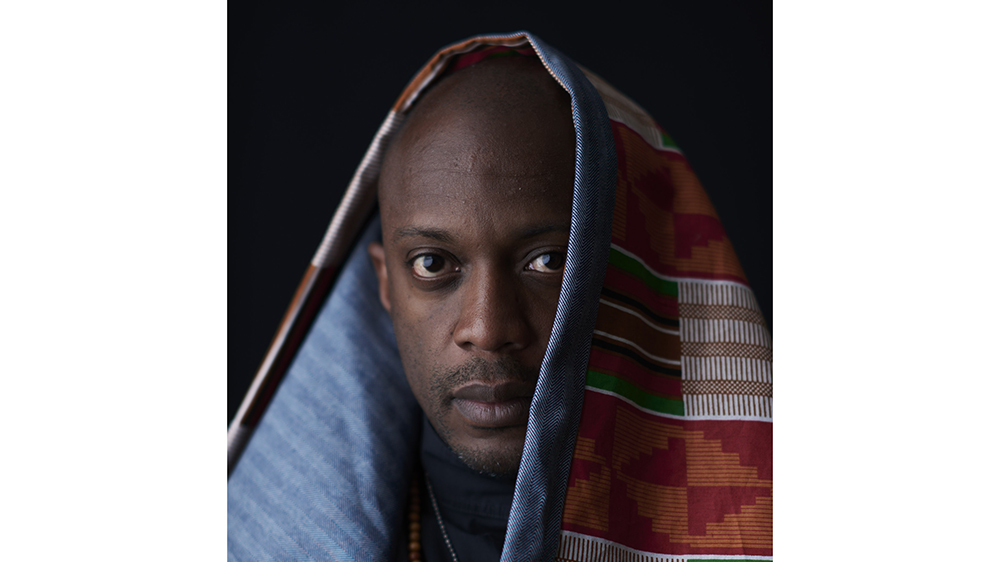 Back in 2016, as the country’s political divide cratered into an abyss against the backdrop of a bitter presidential contest, a quartet of art-world friends came together to found For Freedoms. Playing on Franklin Delano Roosevelt’s famed “Four Freedoms” speech and Norman Rockwell’s subsequent series of oil paintings celebrating the freedoms of speech and worship and freedoms from want and fear, the collective sought to promote more civic—and civil—engagement via art.

For Freedoms continued its mission through another election cycle, and now one of the founders, conceptual artist Hank Willis Thomas, has co-curated Another Justice: US Is Them, an exhibition at the Parrish Art Museum in Water Mill, NY, on view until November 6. “We believe artists often are on the forefront of critical thought in our society and are the ones who introduce us to ideas and concepts that we might otherwise be averse to,” Thomas says. “This exhibition is just the beginning of that conversation. We say good art asks questions and good design answers them, and the quality of questions dictates the quality of the answers.”

The artworks span from sculptures and paintings to prints and photographs, and the exhibition even extends beyond the Parrish campus to the Shinnecock Monuments, 62-foot-tall electronic billboards owned by the Shinnecock Indian Nation on its ancestral land along what is now Sunrise Highway, where the work of several Indigenous artists, including Jeremy Dennis, Jeffrey Gibson, Koyoltzintli Miranda-Rivadeneira and Marie Watts, will be displayed. Dennis’s contribution is pointedly titled Return Our Stolen Sacred Shinnecock Hills (2022). Thomas says it was a priority that Dennis, a member of the Shinnecock Nation, and other “voices of the local community” take part in the show.

Thomas’s own pieces in the exhibition include Remember Me (2022), a 55-foot-long neon sign installed on the Parrish’s façade since the late spring. Its words quote a postcard sent from a Black soldier during World War I and even replicate his penmanship. “It’s a beautiful homage to people who served this country but often aren’t recognized,” says Corinne Erni, the senior curator at the Parrish who organized the show with Thomas and Carly Fischer.

Inside the Herzog & de Meuron–designed museum, Christine Sun Kim, who was born deaf, is making site-specific drawings based on sign language that will cover two facing walls, and Zoë Buckman will address violence against women with pieces such as like home like something (2022), for which she embroidered boxing gloves that dangle like festive ornaments. Several of Thomas’s recent mazelike quilts stitched from scraps of American flags will also be on display; if you look closely at one, for example, it spells freedom. “The fabric of our nation seems to be fraying,” he says, “and this investigation into the various pathways and confusing methods we take to get to the ideals we subscribe to is what a lot of the work is attempting to reflect upon.”

Zoë Buckman, like home like something, 2022, vintage textiles and beading, leather, chain  Courtesy of the Artist/Pippy Houldsworth Gallery/Photo by Adam Reich

“This is a really good moment to reflect on what it means to be American,” Erni adds, noting that one of Thomas’s works is made with remnants of not only the Stars and Stripes but also prison uniforms.

Muna Malik, who was born in Yemen, immigrated to Minnesota at the age of 10 and now lives in Los Angeles, offers her own take on migration and American identity with abstract paintings inspired by current events. She rendered one piece during the US military’s chaotic withdrawal from Afghanistan last summer and a second amid this past spring’s spate of mass shootings. Malik says she painted the works not with the intention of exhibiting them but as an “emotional release.”

“Essentially, the process is watching consistent news coverage and the stories being told about these major events that often have drastic outcomes for victims,” she explains before becoming choked up. Thomas steps in: “So they’re basically time capsules.”

Despite the stereotype of artists holding progressive views, Thomas, who will also take part in a slate of public programs during a residency at the nearby Watermill Center beginning in September, is adamant that For Freedoms is nonpartisan and traces the left-wing/right-wing binary to the extremism of the French Revolution. “I feel that we are at a moment in our society where we have to reevaluate everything we know and the way we used to do things,” he says. “The pandemic was an invitation into a new world and a new worldview. If we change the course of the future by one degree, it might give us millennia more of existence.”