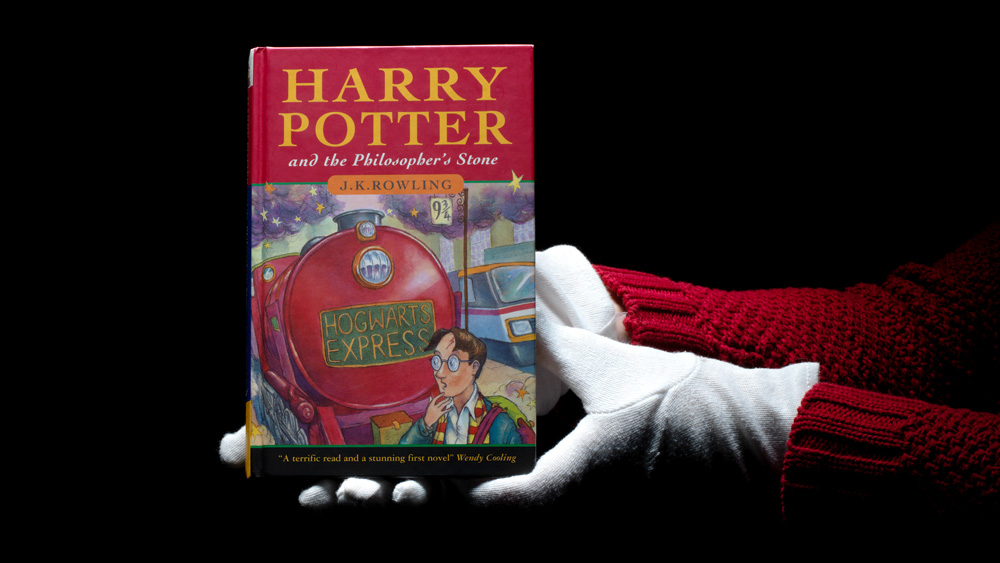 For the third time in a year, the British first edition of J.K. Rowling’s first book in the Harry Potter series, Harry Potter and the Philosopher’s Stone, has set a new world auction record, selling for £106,250 (roughly $140,738) at Bonhams in London on November 15.

The British first edition has earned a reputation for being an exceptionally valuable modern book: Only 500 copies were printed, and 300 of those went to libraries. In November 2016, Bonhams sold a copy for £43,750 ($57,929). This past September, Heritage Auctions sold one for $81,250.

The latest record-breaker was an author’s presentation copy inscribed by Rowling to a family she knew from her daughter’s nursery school. But Matthew Haley, head of the books and manuscripts department at Bonhams, says that wasn’t the sole reason it did well. “Condition has an awful lot to do with it,” he says. “Last year’s copy was pretty much mint. This was mint with bells on—mint and inscribed. If it was in worse condition with the same inscription, it would have made a fraction of what we sold it for.”

Haley credits several factors with driving the book’s performance at auction: its 20th anniversary, which took place this year; the play Harry Potter and the Cursed Child, which is filling theaters in London’s West End and will do so in New York next April; and Harry Potter: A History of Magic, an exhibition at the British Library that runs through February 2018 and confirms the series’ importance within the history of literature.

The biggest factor, though, is that the children who grew up reading Harry Potter stories have just now reached the age when the most successful of them can chase a rarity at auction. “We are definitely beginning to see millennials [bid],” says Haley, noting that both copies auctioned by Bonhams went to new buyers—“private collectors who are also entrepreneurs”—rather than collectors purchasing the rare book for their children.

Haley speculates that we might be nearing “the end of peak fresh copy, seeing the end of copies consigned by their first owners.” Those that go to auction in the future will have been owned by at least two different people. That inevitable shift might slow the price rise, given that original-owner copies are more coveted for being fresh to the market. Still, with Harry Potter readers coming of age as bidders, auction prices will likely continue upward, if not as quickly as before.