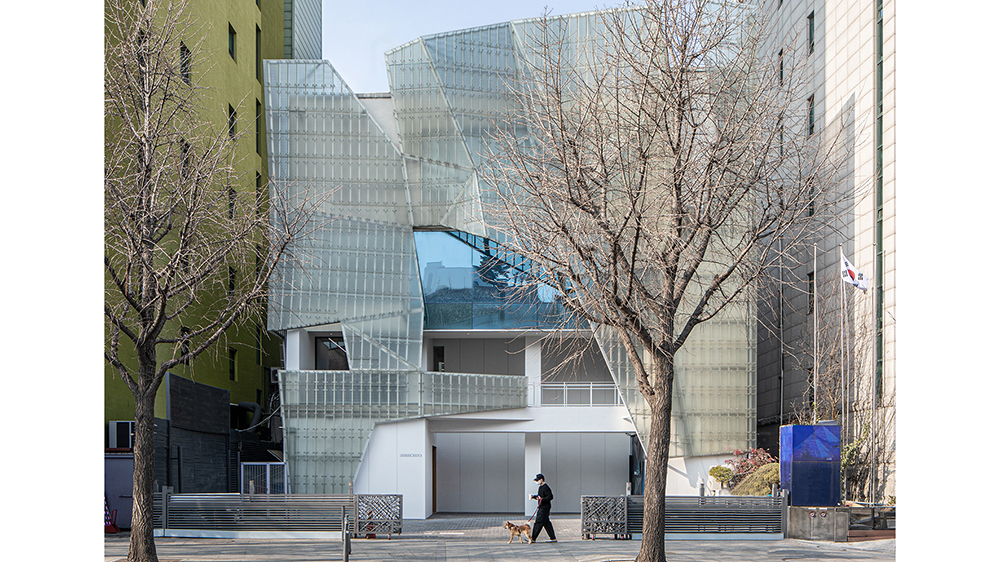 When Frieze alights in Seoul this month for the first time, the hip international art fair’s imprimatur will officially anoint the buzzy Asian city as the next great global art center.

But the cognoscenti have been onto Seoul for a while. Gallery Hyundai, the country’s oldest contemporary-art specialist, has been operating since 1970, while South Korea’s own Gwangju Biennale has risen above other upstart festivals since its 1995 debut. Western galleries, including Lehmann Maupin, Perrotin and Pace, began opening in Seoul five or six years ago, but in the lead-up to Frieze’s debut, the scene has exploded: Thaddaeus Ropac, Gladstone and König all moved in over the past year or so; Pace expanded from two floors to three last spring and is adding a sculpture courtyard and teahouse in time for Frieze; and Perrotin is set to open a second space in late August, on the eve of the fair. Even relative newcomers such as Various Small Fires, founded in Los Angeles only 10 years ago, have laid down roots in the city.

“It’s made a huge step,” Ropac says of Seoul’s status, describing its cultural infrastructure as “almost unparalleled in Asia.” Noting that it takes more than size or wealth to emerge as an art capital, Ropac lists artists, art schools, museums, curators, collectors, critics and writers as essential elements. “The art world demands a big infrastructure. Many places that arrive on the scene now, they sometimes have one of these tools—you know, like cheap studios or great collectors. Hong Kong has some very good collectors, a few institutions [but] barely any artists. You need so many things to make an art world really thriving, and Seoul developed it.”

Paula Tsai, a partner at Gladstone, also credits Seoul with a dynamic energy: “It’s got such a mature ecosystem for art already. In the past few years since I’ve been going there, new things were popping up all the time. There was a lot of momentum.”

And not just with fine art—think BTS and the K-pop craze, Squid Game and Parasite. “All the Frieze fairs are in these amazing cities that appreciate not just art but all different facets of culture,” says Patrick Lee, the inaugural director of Frieze Seoul, which joins editions in London, New York and Los Angeles. “Korea stood out because in all the arts—film, music, fashion, design and art, of course—it was very attractive.”

The gallerists all note that Seoul’s museums are unusually strong—not only the National Museum but also those springing from corporate collections, such as the Leeum Museum of Art and the Amorepacific Museum of Art. Many fast-developing Asian cities, Ropac explains, tap famous architects to build impressive museums first and worry about filling them with art second. “When you ask about the collection, they say, ‘Oh yes, we’re starting now,’ ” he says. “Korea is different. People who open museums there, they do it because their collections have already grown into hundreds of artworks.”

Seoul has also benefited from China’s misfortunes, including stringent Covid restrictions, steep luxury taxes and tariffs and pervasive political oppression. Western galleries’ embrace of Beijing—initiated in 2008 by Pace, which closed its gallery there in 2019—never fully materialized, and though many American and European galleries have maintained a presence in Hong Kong, new interest has cooled.

Ropac, for one, says he was on the verge of establishing a gallery there before turning to Seoul for his first Asian outpost. “We were quite advanced, had a building, everything,” he says. “Somehow, as we all know, the situation in Hong Kong changed. I just also felt there were already so many galleries, and censorship is something we’re very sensitive to.” But he adds that, in the long run, China cannot be discounted. “It is the biggest market in Asia and has the biggest pool of artists.”

Western galleries have brought their global rosters to Seoul and describe Korean collectors as cosmopolitan and knowledgeable; Lehmann Maupin will show new paintings by McArthur Binion in September, for example, while Ropac mounts an Anselm Kiefer exhibition. “They really care about great international art,” David Maupin, of Lehmann Maupin, says. “They obviously have a tradition of their own work, but they’re also outward-facing—they look to the world. They’re not interior-looking at all.”

Korea has been producing innovative contemporary artists with a global appeal for decades, beginning with Nam June Paik, whom Lee calls the “godfather of the Korean art world,” and Lee Ufan and continuing with Do Ho Suh, Lee Bul, Haegue Yang, Nikki S. Lee and a host of emerging figures. Maupin began visiting Seoul with Suh in the 1990s and credits the artist with helping him build a substantial network of contacts, which enabled him to set up an office in the city and, eventually, a gallery. “Even though Do Ho lived in New York at the time, he was doing fabrication in Seoul, he was from Seoul, his parents lived there,” Maupin says. “That was my introduction, and a lot of the curators, collectors and museum owners that I met early on were really because of Do Ho and, 15 or 20 years ago, because of [artist] Lee Bul also.”

Ropac, Pace and others are cross-fertilizing by introducing more Korean artists to their European and American markets. (For those interested in the history of 20th-century Korean art, the Los Angeles County Museum of Art’s survey The Space Between: The Modern in Korean Art, opening September 11, will span from 1897 to 1965, while the Guggenheim Museum in New York is slated to mount a show on 1960s and ’70s experimental artists in South Korea next fall.)

Frieze Seoul will feature plenty of global heavy hitters, including Gagosian and Hauser & Wirth, with about a quarter of the booths going to Asian-based operations, according to Lee. A special Focus Asia section will show solo presentations by galleries from the region that have opened since 2010.

Having lived and worked in Seoul for more than 20 years, the American-born Lee has watched its development firsthand. “As Korea gets more integrated into the art-world system globally, it has the foundation to really make an impact today,” he says. “I feel very confident it’s not a flash in the pan.”