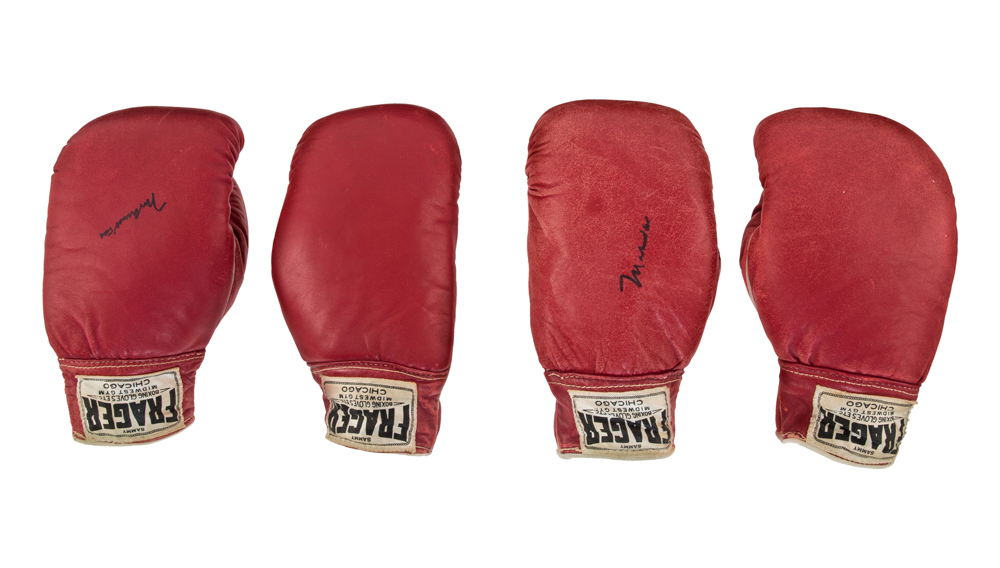 It’s a potent one-two punch that will send collectors reeling: On February 21 in New York, Heritage Auctions will present both sets of gloves from the second heavyweight championship boxing match between Muhammad Ali and Sonny Liston, in 1965. The gloves will be offered as a single lot, just three months shy of the fight’s 50th anniversary. The unique offer arises from unique circumstances. Usually after a bout, the gloves are returned to the boxers themselves or their trainers. But after Ali threw his controversial “phantom punch” and ended the contest 2 minutes into the first round, Maine’s state boxing commissioner, George Russo, seized the gloves that both fighters wore in the match in Lewiston, Maine. The custom-made Frager gloves passed from Russo’s heirs to the collector who consigned them to Heritage. Bidding will start at $500,000, and Chris Ivy, director of sports auctions at Heritage, surmises “they could go well into the seven figures.”

“A few months back,” Ivy says, “nobody really knew of the existence of these gloves. A lot of collectors thought they had been lost to time. Fifty years later, to have them both come out and make their debut in the collecting community is really exciting.” (ha.com)