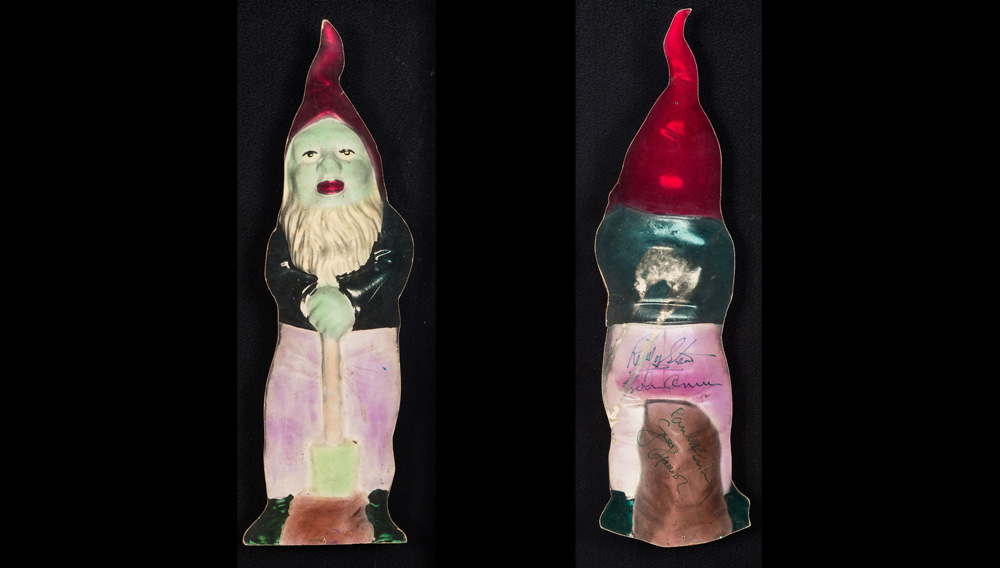 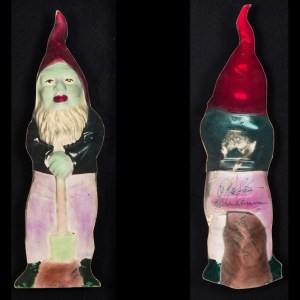 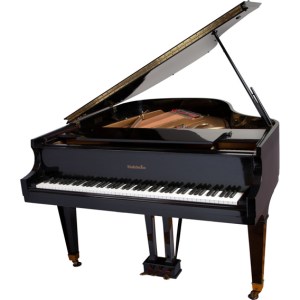 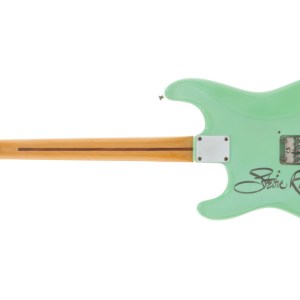 It’s getting better all the time for collectors of music memorabilia. On April 18, the garden gnome appearing on the cover of the Beatles’ beloved album Sgt. Pepper’s Lonely Hearts Club Band was the big attraction at the Heritage Auctions Entertainment & Music Memorabilia Signature Auction in Beverly Hills. In the 1967 Grammy-winning collage created by Peter Blake, Jann Haworth, and photographer Michael Cooper, the 20-inch-tall cardboard gnome—one of 87 eclectic elements in the image—was featured in the lower-left corner of the composition. Once shooting had completed, each member of the Fab Four signed its back before it was taken as a souvenir. The miniature memento exceeded expectations at the Heritage sale, garnering a winning bid of $42,500—no small feat for a gnome. Also auctioned during the sale were extremely rare animation cels, background art, and storyboards from The Beatles cartoon TV series, which aired from 1965 to 1969. Other high notes of the two-day event included a Baldwin Model R Piano owned by Liberace ($27,500) and a 1988 Fender guitar signed twice by Stevie Ray Vaughan ($4,750)—but, of course, the little gnome stole the show. (ha.com)