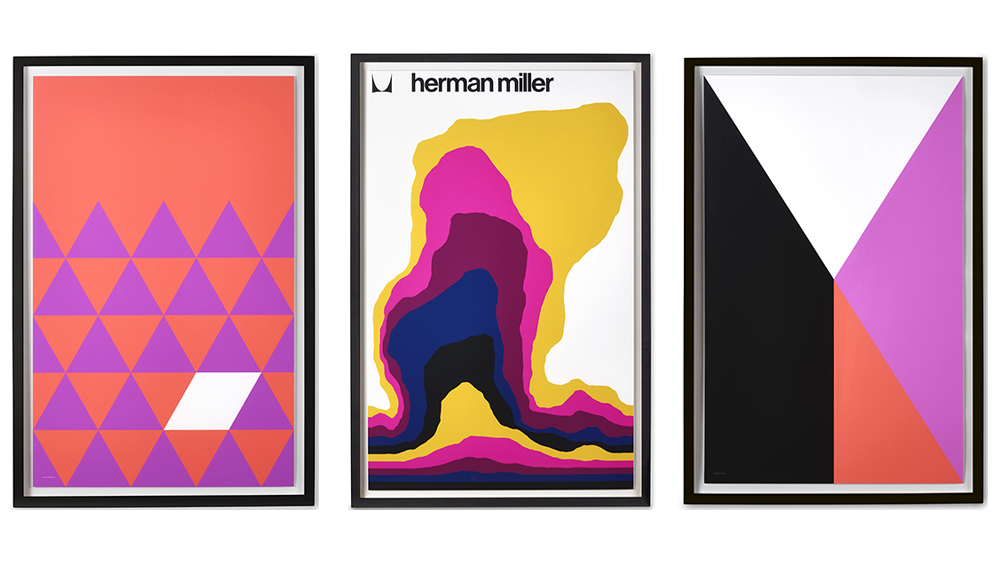 Herman Miller just proved it can make a design statement even in two-dimensional form.

The renowned furniture manufacturer, responsible for delivering modernist icons like the Eames Lounge Chair, the Wilkes Modular Sofa and the Aeron, has unveiled a new line of vintage posters for design buffs.

The initial collection of 15, which was curated by Herman Miller’s director of global archives and brand heritage Amy Auscherman, has been described as the “greatest hits” by the Michigan outfit. Penned by some of the world’s most celebrated graphic designers and illustrators—think Linda Powell and Phillip Mitchell, to name but a few—each piece signifies a seminal moment in Herman Miller’s design history across the past century.

The dynamic works, which comprise Herman Miller’s most iconic ads, catalogs and ephemera from 1949 to 1979, feature a range of conceptual styles, from structuralism to modernism, along with a diverse palette. Naturally, each piece also imparts a good dose of nostalgia.

“We closely referenced examples from the Herman Miller Archives to faithfully recreate these iconic pieces of graphic design,” Auscherman said in a press release. “From color matching to paper selection, no detail was too small for consideration.”

One standout is Arnie Hoffman’s Herman Miller Collection Poster. As its moniker implies, this piece is in the exacting Swiss style of Hofmann and depicts an assortment of Herman Miller’s famous chairs. Herman Miller is releasing just 200 copies of the reproduction.

Another highlight is Steve Frykolm’s Corn Picnic Poster from 1970. Frykholm, who was Herman Miller’s first internal graphic designer and a legendary long-term employee, built a name on his beloved Picnic Posters, which can be found in galleries across the globe. This particular piece was the first installment in the Picnic collection and is truly emblematic of the artist. It’s also limited to 200.

“It’s exciting to now have this work recontextualized as art objects and accessible to design fans everywhere,” adds Auscherman.

If you’re one such design buff, you can find the posters starting October 26 on Herman Miller’s website and on DWR starting next month. You can expect to pay between $425 and $1,125. Hey, nobody said a trip down memory lane would be cheap.

Check out more posters below: