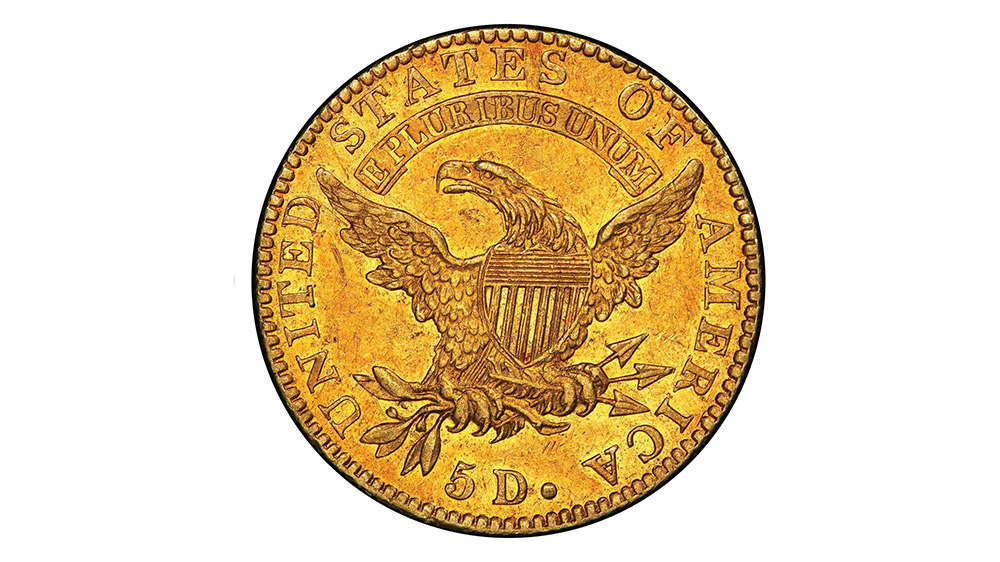 Trading cards aren’t the only collectibles shattering records these days. A gold coin dating back to the 19th century just set a brand new auction standard.

Last week, an historic 1822 Half Eagle with a face value of $5 sold for $8.4 million at auction, according to Barrons. The astonishing hammer price made the coin the most valuable gold coin to ever sell at auction.

The Half Eagle was purchased by an anonymous buyer at Stack’s Bowers Galleries‘ March 2021 Las Vegas auction on Thursday night. The record-setting coin is one of only three still in existence and the only of those that is privately owned. The other two are permanently held by the National Numismatic Collection at the Smithsonian Institution.

This particular Half Eagle is graded AU50, meaning it was almost uncirculated. It was first acquired by Virgil Brand in 1899, whose heirs sold it to Louis E. Eliasberg, Sr. in 1945, who made it part of one of the only complete collection of US coins ever formed. Nearly four decades later, in 1982, famous collector D. Brent Pogue purchased it at auction and held on to it until his untimely passing in 2019. Thursday’s high bidder becomes just its fourth known owner.

Dwight Manley, a noted coin collector and Dennis Rodman’s former agent, told Robb Report on Monday that the 1822 Half Eagle, which he views as one of the five most historically important coins, is a “monumental rarity” and could sell for as much as $50 million one day.

For now, though, it trails only two coins: the 1794 Flowing Hair Silver Dollar and the 1787 Brasher Doubloon. The former sold was sold for $10 million by Stack’s Bowers Galleries back in 2013, while the latter went for $9.36 million at Heritage Auctions sale in Dallas this January.