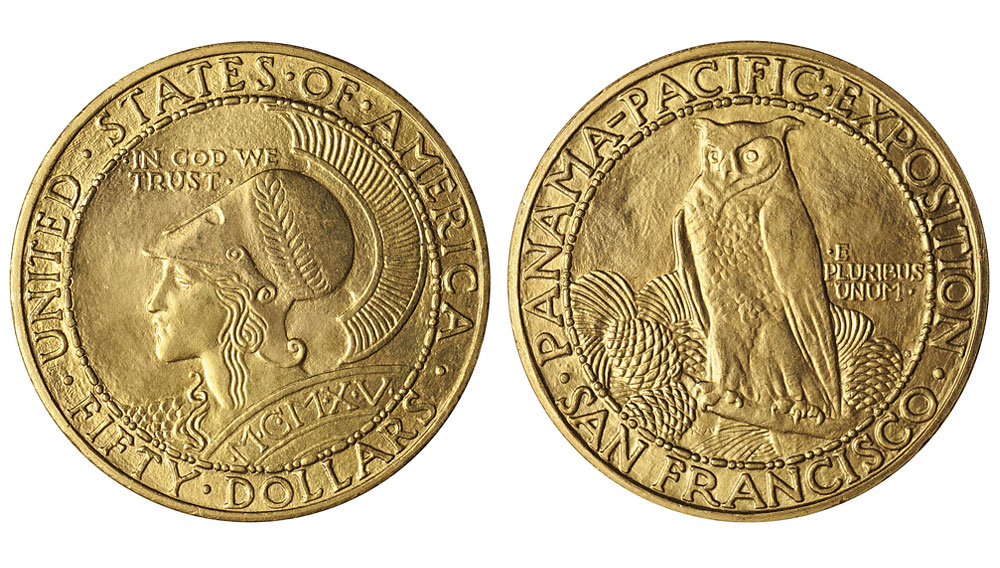 As evidence supporting the scope of coin collecting around the world, Norman Scrivener, a consultant at Doyle New York, references a quote from King George V, who declared the practice “the hobby of kings and the king of hobbies.” With so many collectors and so many coins to collect, Scrivener says any serious collector will be looking for only the rarest of coins in the most pristine condition. “When you start getting up into the rarefied areas,” he says, “you’re talking about coins that, in ultra-fine condition, could be $100,000 compared to a few thousand dollars for normal condition.”

In particular, Paul Song, the director of rare coins and banknotes for Bonhams, points to a 1915 Panama-Pacific Exposition $50 gold piece (shown here), which he’s seen sell for well over $100,000. Composed of 2.5 ounces of gold, the coin reflects those of the fourth century in ancient Greece and that, combined with its material, is what Song believes attracts so many collectors to it. “People love this coin in terms of its aesthetics and also to have that amount of golf in their hands,” he says, adding that because only a few hundred of these coins were made, and because a portion of them were melted down due to their prohibitive cost during the early 20th century, the scarcity of the coin only intensifies the demand for it. “These are fabled rarities. You have to be a senior collector generally to be able to collect one of these coins.”