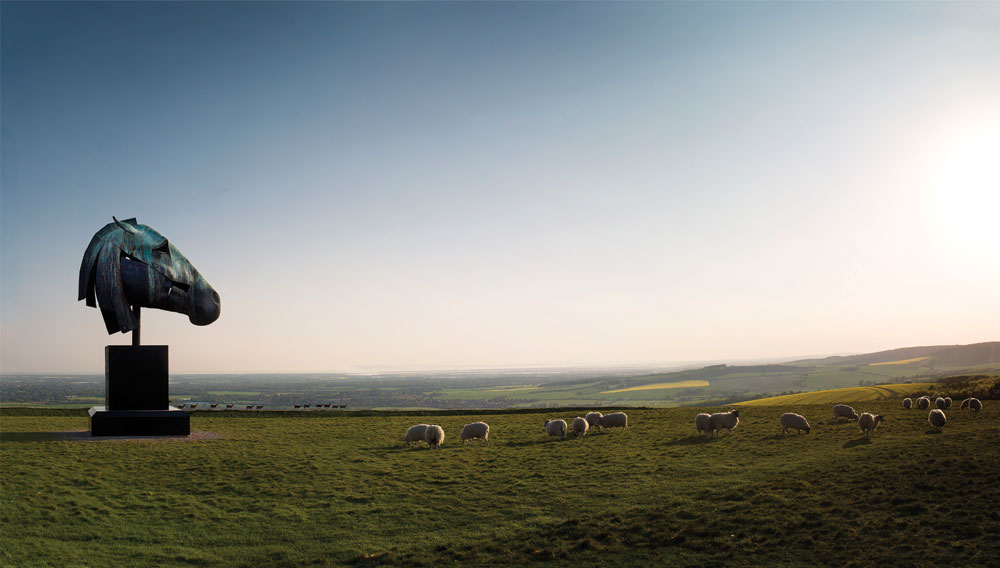 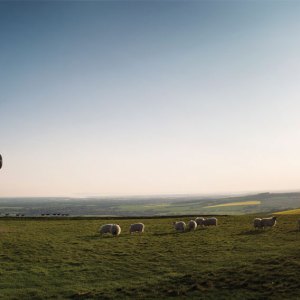 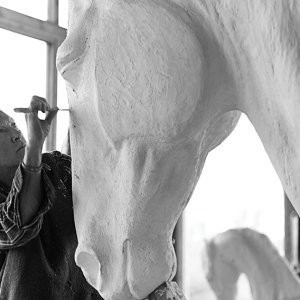 At his darkest hour, an English sculptor received a powerful vote of confidence. In 2006, when Nic Fiddian-Green was diagnosed with leukemia, things became so grim that his wife, Henrietta, phoned Britain’s Lady Carole Bamford and suggested she find someone else to create the 27-foot-tall horse head sculpture she had commissioned. Bamford declined, saying she would wait for Nic to recover. He cannot recall if his wife told him this in the hospital, but he does remember that sculpting was good medicine. “My heart rate would go up,” he says of the time he spent sitting in bed fashioning models from plaster. “That’s what they [his doctors] wanted.”

Lady Bamford’s steadfastness was rewarded—her horse head, finished in 2009, now graces her Gloucestershire estate—and Fiddian-Green, now cancer-free, is constructing a studio near Castello di Reschio (see “Working the Rooms”). He forged a connection with the Umbrian estate four years ago when its owner, Count Antonio Bolza, saw the artist installing his equestrian sculptures (from $14,000 to more than $3 million) at London’s Sladmore Contemporary gallery. Bolza extended an invitation to visit Reschio, and watching Fiddian-Green work on-site prompted the count to launch Art@Reschio, a program of temporary exhibitions at the estate. “It’s one of the most inspiring things I’ve ever done,” Fiddian-Green says of sculpting there. “If I could do it every day, I would.”