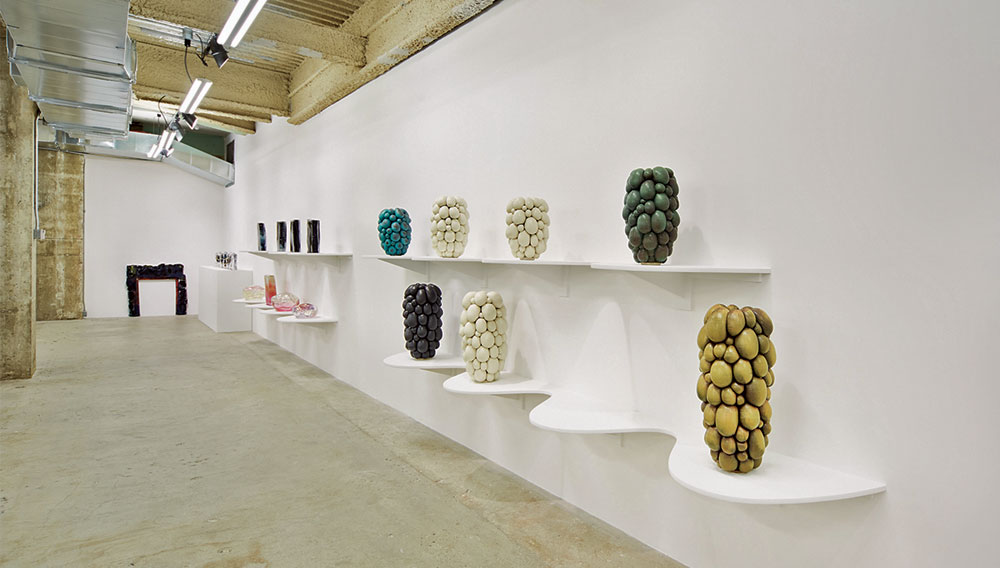 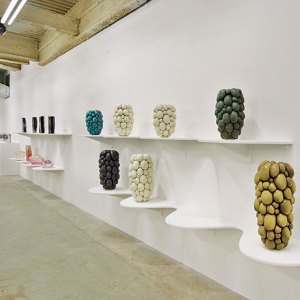 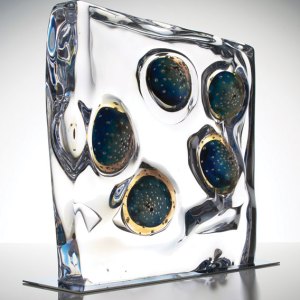 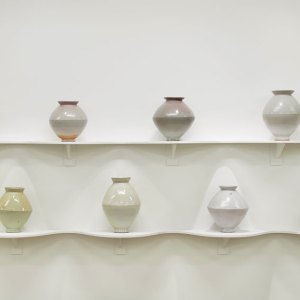 Fire! and other recent exhibitions signal a rise in contemporary ceramics.

Simon de Pury has been thinking a lot about earthenware lately. Over the past two decades, the Swiss-born collector, art maven, and founder of the auction house Phillips de Pury & Co. has witnessed the gradual rise of ceramicists such as Andrew Lord and Ken Price. More recently, however, de Pury has seen the medium emerge as one of the hottest genres in the contemporary art world. “I think, in a way,” he says, “we’re entering a new golden age of ceramics.”

The de Purys are certainly not alone in focusing on modern-day pottery as fine art. Ceramics have been the highlight of such recent exhibitions as the Whitney Museum of American Art’s 2014 Biennial (featuring Sterling Ruby’s colorful sculptures) and the Los Angeles County Museum of Art’s 2012 Ken Price retrospective (designed by Frank Gehry and displaying 100 of the American artist’s amorphous works). Pottery’s rise has also been established at auction: During their 12-year tenure at Phillips de Pury, the de Purys witnessed record-breaking sales that included the $200,000 price paid for a collection of works by the late Austrian-born potter Lucie Rie in 2011, and the 2012 sale of a single piece by the late Danish artist Axel Johann Salto for almost $600,000.

The medium first caught Simon’s attention in the mid-1990s, when he happened on a show by Lord, a New York–based ceramicist, at the Leo Castelli Gallery. Lord’s expressive, unconventional handling of the material made a lasting impression not just on de Pury, but also on a generation of artists who have taken up ceramics in the years since. “He’s been very influential,” says the curator, who managed to draw together Lord and some of the artists the ceramicist has inspired for the Venus Over Manhattan show.

Fire!’s range of works from emerging and established artists included ceramics from the American Josh Smith (“mostly known for his paintings,” notes de Pury) and China’s Ai Weiwei. Both artists brought an irreverent “pop” sensibility—Smith with his playful figurines, Ai with his glistening black Oil Spill pieces—to the exhibition. Dedicated ceramicists included Young-Jae Lee, a Korean pottery maker who produces only three simple urns, each one a subtle variation on the last. Indeed, the contrast between outré art statements and the sober refinement of craft and technique was a theme throughout. “We wanted to avoid the boundaries between so-called ‘fine art’ and decorative art,” explains de Pury.

New discoveries such as the French-Lebanese artist Flavie Audi, whose delicate glass pieces de Pury calls Fire!’s “main revelation,” were also part of the show. The exhibition itself was a revelation for many, but for de Pury, it simply represented a traditional medium whose moment has once again arrived. “It’s a reaction in a way,” he says. “A return to basics.”