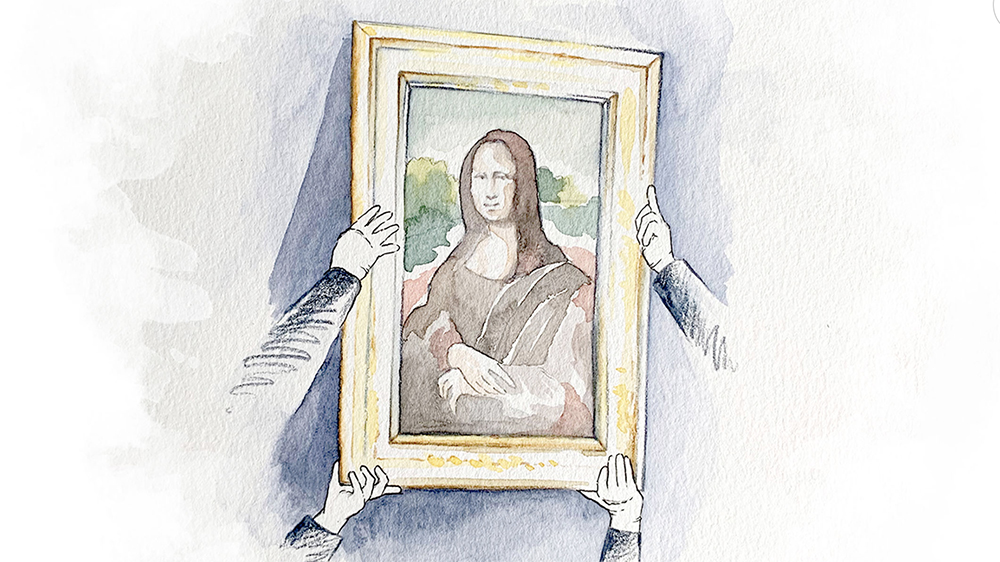 One museum heist, or perhaps the publicity surrounding it, is credited with making a priceless masterpiece of a painting that had been celebrated by aficionados but virtually unknown to the public: the Mona Lisa.

One August morning in 1911, three thieves who had hidden inside a closet in the Louvre overnight secreted the small Leonardo da Vinci out of the Paris museum and onto a train at the Quai d’Orsay (ironically now the site of another beloved museum). The Mona Lisa was considered so ordinary—relatively speaking, of course—that it took more than a day for anyone to notice the empty picture hooks. But once word was out, newspapers around the world ran with the sensational story. Suspicion fell on everyone from playwright Guillaume Apollinaire and Pablo Picasso, both of whom were interrogated, to magnate and art collector J. P. Morgan and even the German kaiser because, well, France and Germany weren’t exactly bosom buddies in the prelude to World War I. Gawkers came to visit the vacant spot on the Louvre’s wall.

Illustrations reimagining of the 1911 theft of the Mona Lisa.  Roger Viollet/Getty Images

Even the bandits, three Italians, realized the painting was now too hot to offload. The ringleader, Vincenzo Perugia, hid it in a trunk in his Paris boarding house and waited more than two years before contacting a Florentine dealer, who promptly tipped off the cops. In a defense that has echoes today in countries’ efforts to repatriate plundered treasures, Perugia claimed he’d been doing his patriotic duty in attempting to return a Leonardo stolen by Napoleon to Italy, its rightful homeland. The most glaring hole in that argument: The artist himself had sold it to King Francis I of France; Napoleon merely requisitioned it from the Louvre to hang in his bedroom. Like many art convicts, Perugia didn’t serve much time, just eight months. But the Mona Lisa has been the most famous painting in the world ever since.