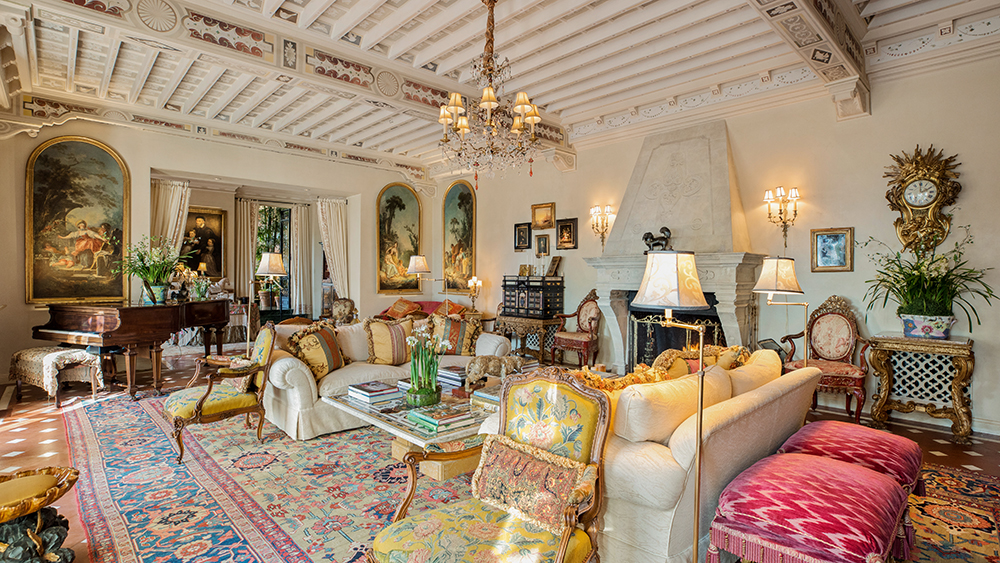 When real estate mogul Howard Ruby sold his grandiose Bel Air mansion for $35 million last month, many wondered what would become of the antique furniture and artwork within. It turns out, the entire collection will go under the gavel this fall.

Italian for “the dream,” Il Sogno was built in 1928 as a homage to the villas on the Amalfi Coast. Ruby and his wife, the late Hollywood actress Yvette Mimieux, moved into the Perugia Way pad in ‘79 and set about decorating it with pieces that reflected their shared love of the old world. After Mimieux’s death in January of this year, Ruby sold the Italian-style villa to Tinder’s Sean Rad in July. The precious contents within will lead a dedicated auction at Bonhams on September 21.

The collection, which totals just under 300 lots, covers a wide range of disciplines and eras, from 17th-century French bronzes to Old Master paintings to European silver circa the 1800s. The couple amassed the pieces during trips to Europe and Asia over the decades and integrated them into their 12,000-square-foot abode with help from celebrity decorator Kalef Alaton.

One standout is a marble panther that dates back to the second half of the 18th century. It was likely a souvenir that a young aristocrat brought back from a Grand Tour in Rome to display in their home. It could be the work of famous sculptors Antonio Moglia or Francesco Antonio Franzoni, according to the auction house. The relic is expected to fetch between $80,000 and $120,000.

Another highlight is a gold-lustered charger from 1535. Bordered by an ornate wreath, the ancient plate features the portrait of a youth wearing a laurel crown and toga beside a scrolling banner inscribed “Virtvsonia Vincit Amor.” It’s estimated to sell for between $40,000 and $60,000.

A still life in the style of Jacob van Hulsdonck.  Bonhams

There are a myriad of notable paintings on offer, too, including a still life of fruits in the classic style of the Flemish painter Jacob van Hulsdonck (estimate: $30,000 to $50,000), a set of four French Rococo canvases depicting figures in bucolic settings that is attributed to a follower François Boucher (estimate: $20,000 to $30,000) and a neoclassical painting of a woman holding an open book by Jean Charles Nicaise Perrin (estimate: $20,000 to $30,000).

Figures in bucolic settings by a follower of François Boucher.  Bonhams

Of course, this is just a taste of rarities on offer. The full catalog will be posted online prior to the auction.