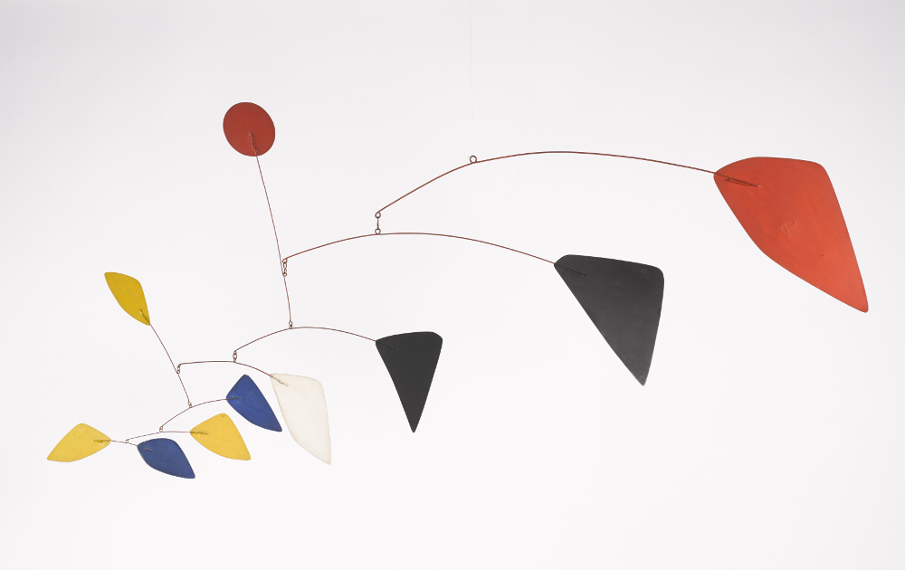 A native of Pennsylvania, Calder was born into a family of sculptors. His first solo show was held in Paris in 1927 while he was still in his twenties; he would soon become one of America’s most lauded and prolific artists. It was Marcel Duchamp who first dubbed Calder’s kinetic wire sculptures “mobiles,” — these hanging, interactive pieces would come to define the artist’s legacy.

Maripose was originally offered at Perls Gallery in New York, which represented Calder from 1954 until the artist’s death. The mobile was acquired in 1976 by a prominent private collector from Milwaukee’s Irving Galleries, and passed by descent to the present owner in 1988. The mobile was exhibited at the Milwaukee Art Museum in 1987, and is registered with the Calder Foundation.

“In Maripose, every element of Calder’s genius is evident through the striking sense of balance and momentum the sculpture evokes,” said Jeremy Goldsmith, Bonhams Director of Contemporary Art in New York. “It’s a pleasure to bring such an important work to the market after nearly four decades in private hands.”

Bonhams will offer several other notable works from the same esteemed Wisconsin collection in the November 5 auction of Impressionist and Modern art, including Max Pechstein’s  (1881-1955) 1908 Jeune Filles (est. $300,000-400,000). In private hands since 1968, Jeune Filles is a graceful and vibrant composition from the celebrated German Expressionist.

Bonhams will offer Alexander Calder’s Maripose in the November 12 Contemporary Art auction in New York. The auction will preview at Bonhams November 9-12.

A fully illustrated catalog will be available at www.bonhams.com/auctions/21021