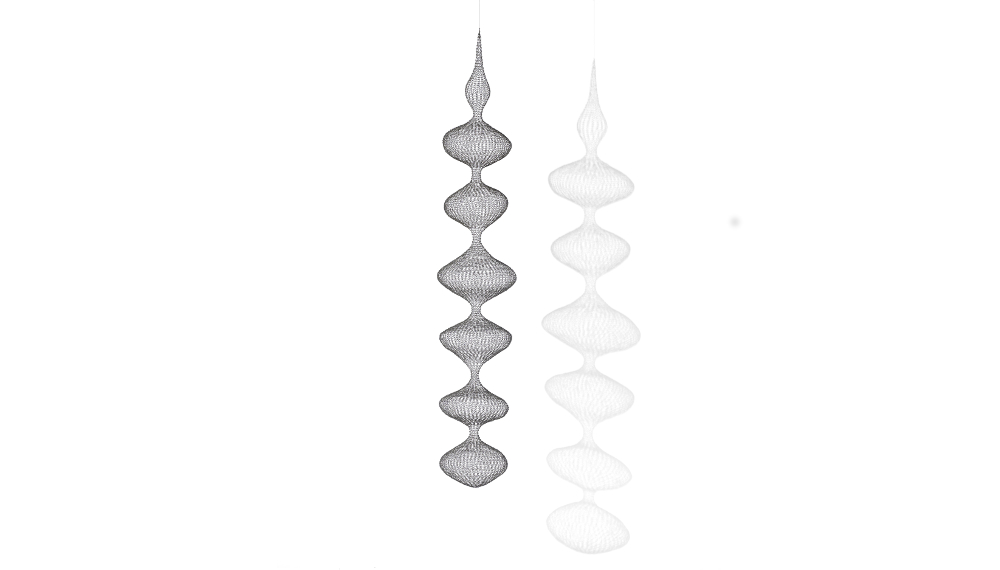 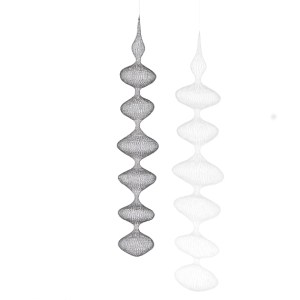 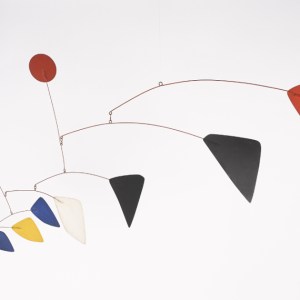 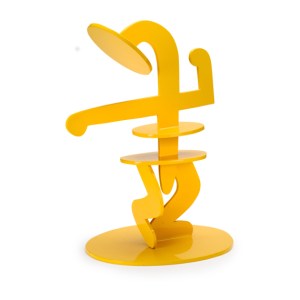 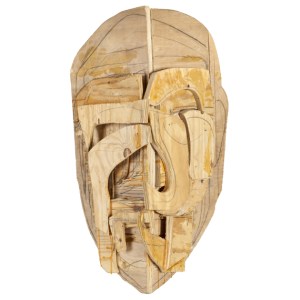 Bonhams Contemporary Art auction on November 12 will feature quintessential sculptural works from innovators such as Alexander Calder (1898-1976) and Ruth Asawa (1926-2013), as well as exceptional examples from seminal artists like Keith Haring (1958-1990) and contemporary favorite Thomas Houseago (b. 1972).

Asawa’s 1952 work, Untitled (S.446, Hanging, Seven-Lobed Single-Layer Continuous Form), is an excellent example of the crocheted wire sculptures she produced in the 1950s (est. $200,000-300,000). These ethereal pieces were in high demand throughout the decade, and were included in shows at the Whitney Museum of American Art and the São Paolo Art Biennial. This particular example was acquired from the artist directly, and has remained within the same San Francisco family ever since.

It was Josef Albers (1888-1976) who initially taught Asawa to work with commonplace materials like wire while the two studied together at Black Hills Mountain College between 1946 and 1949. Bonhams will offer a classic square Albers composition in the November 12 auction, Study for Hommage to the Square “Fall Finale” from 1963 (est. $200,000-300,000). The painting has been exhibited at The Minneapolis Institute of Arts, and will be included in the forthcoming catalogue raisonné being prepared by the Anni and Josef Albers Foundation.

The auction’s top lot is Alexander Calder’s 1960 sculpture Maripose (est. $1,200,000-1,600,000). Exemplifying the artist’s striking sense of balance and momentum, this stunning large scale mobile has been in private American hands for nearly 40 years in Wisconsin-based collections.

Keith Haring’s bright yellow aluminum Julia from 1987 is a vibrant sculptural expression of the artist’s characteristic linear figures (est. $100,000-150,000). The sculpture was exhibited in Paris at Galerie Jérôme de Noirmont in the 1999 show, Keith Haring, 12 Sculptures.

Like Haring before him, Thomas Houseago is focused on reinterpreting the human form, giving fresh relevance to figurative sculpture as a whole by incorporating both the past and the present into his pieces. Bonhams will offer the artist’s 2007 Study, Face 5, a wood and graphite work that exemplifies the artist’s embrace of angular – even crude – forms (est. $70,000-90,000).

Another young and critically acclaimed artist represented in the auction is Enoc Perez (b. 1967), whose 2008 oil on canvas composition Eusebio Hair Salon, Habana (Night) is one of several Latin American highlights on offer (est. $120,000-180,000). The Puerto Rican-born artist’s architecturally-based paintings have attracted significant acclaim and notoriety over the past decade.

“The November 12 auction features 220 works of contemporary art, much of it coming from private collections,” said Jeremy Goldsmith, Bonhams Director of Contemporary Art in New York. “I’m very pleased to bring these remarkable sculptures, paintings and works on paper from established artists to the market, while showcasing young and cutting-edge talent including Thomas Houseago, Aaron Young and Elad Lassry.”

Bonhams Contemporary Art auction will take place November 12 in New York. The auction will preview at Bonhams November 9-12. A fully illustrated catalog will be available at: www.bonhams.com/auctions/21021/