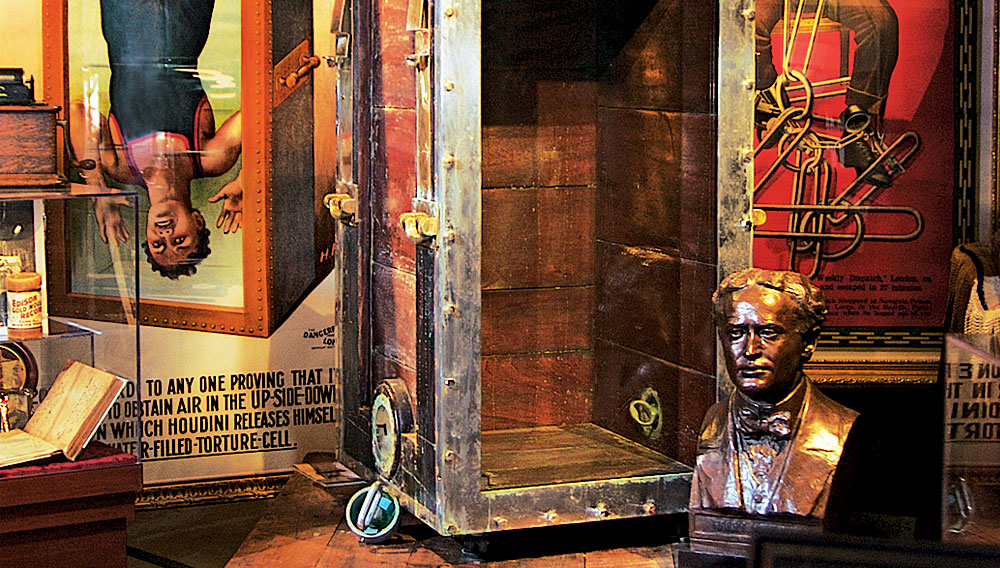 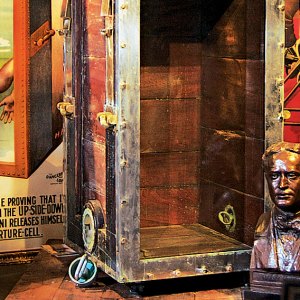 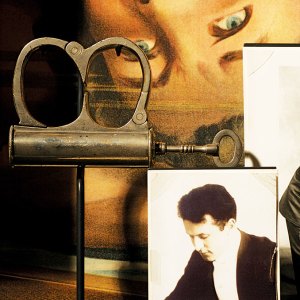 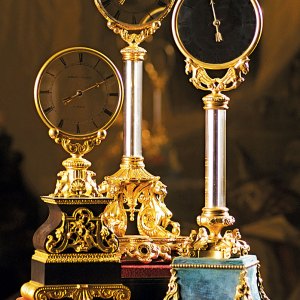 The secrets contained within the International Museum and Library of the Conjuring Arts merit that the 40,000-square-foot warehouse just off the Las Vegas Strip is closed to the general public. On the museum’s first floor is the Hall of Masters, a space lined with costumes, props, posters, and photographs arranged by magician. Beginning downstairs with Cardini (linking rings, card tricks, monocle), the hall continues on the second floor with Jean Eugène Robert-Houdin (mystery clocks and automatons), Harry Houdini (metamorphosis trunk, iron maiden, water-torture cell, straitjacket), and others.

David Copperfield, who owns the museum, uses the warehouse to practice new magic tricks and archive his own history as an illusionist. Charred crash-test dummies from early “Tornado of Fire” rehearsals and racks of costumes are on hand, as are props from his favorite movies, including a 10-foot-tall statue of Zeus from Citizen Kane.

The intention of the 80,000-item museum is to educate future generations of magicians and illusionists. For those who know what to look for, the museum reveals many tricks of the trade. “If you examine Houdini’s props closely, you can discover, for example, how the water-torture cell works,” says Copperfield, who keeps instructional DVDs and blueprints of his own illusions at the museum. “We also have correspondence and scrapbooks in the Houdini files where he explains exactly how he uses his metamorphosis trunk.”

Magic scholars and people researching for books and motion pictures can visit Copperfield’s museum by request. (Hugh Jackman did his research for The Prestige at the facility.) He invites all other interested parties to send a note backstage during one of his regularly scheduled performances at MGM Grand’s Hollywood Theatre.

The International Museum and Library of the Conjuring Arts, www.davidcopperfield.com