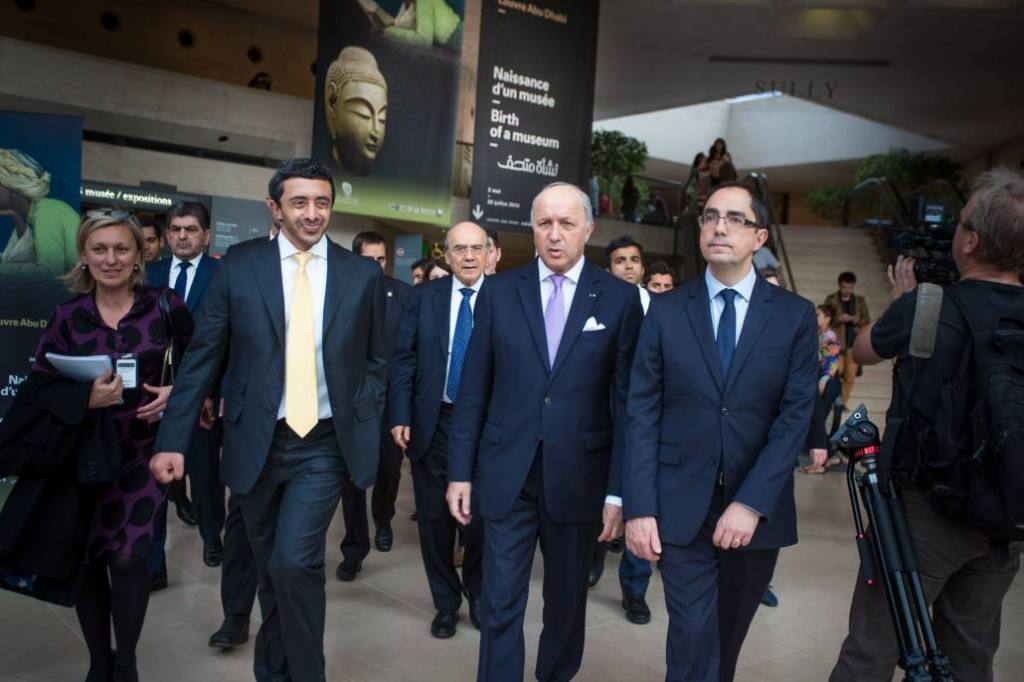 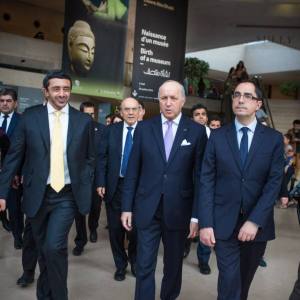 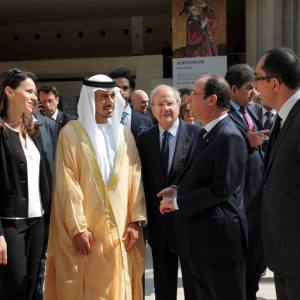 An exhibition of more than 160 of the finest masterpieces from Louvre Abu Dhabi’s permanent collection, on show at the Musée du Louvre in Paris, is drawing to a close having welcomed more than 122,500 people from around the world.

Standing alongside the French President at the opening HE Sheikh Sultan bin Tahnoon Al Nahyan said: “This is a day of great importance in the evolution of the Louvre Abu Dhabi. It is also a special moment in history that the museum’s collection is being loaned to the Louvre in Paris and showcased at the heart of the Louvre, in its Napoléon Hall. The exhibition also represents a source of pride for the people of our nation. They, and others in the international community, will no doubt remember this moment in the evolution of Louvre Abu Dhabi, all presented in the spirit of the universal – the spirit of sharing.”

Birth of a Museum at the Napoléon Hall in Musée du Louvre, Paris started May 2, 2014 and closed today, July 28, 2014. The exhibition’s introduction features a room of loaned works from UAE museums that explores the UAE and its history as a crossroad of civilizations, and the unique context for a museum such as Louvre Abu Dhabi. Then visitors experience exceptional works acquired since 2009 by the museum, such as a gold bracelet with figures of lions made in Iran nearly 3,000 years ago, a rare Greek archaic sphinx, a large Bodhisattva from Pakistan, a fibula (brooch) in gold with garnets from Italy dating from the fifth century CE, a magnificent Virgin with Child by Bellini, paintings by Jordaens, Gauguin, Magritte, a previously unseen collage by Picasso and nine paintings by the recently deceased American painter Cy Twombly.

The public program supporting Birth of a Museum exhibition proved popular with strong attendance at all programs including the talk entitled Presentation lecture about the Exhibition that was held on 5 May and attracted more than 420 people to Musée du Louvre’s Auditorium. Presented by Hissa Al Dhaheri and  Khalid Abdulkhaliq Abdulla from TCA Abu Dhabi, Laurence des Cars, Musée de l’Orangerie and Vincent Pomarède, Musée du Louvre, the lecture delved into the background, history and collection of Louvre Abu Dhabi and introduced the French public to the ongoing activities taking place in Abu Dhabi.

In a symposium on June 18, 2014 About the Louvre Abu Dhabi: For a Global History of Art, the project’s history and progress were presented by Vincent Pomarède and Khalid AbdulKhaliq Abdulla. Its aim was, by bringing some of cultural globalization’s great thinkers such as Francois Jullien and Sanjah Subrahmanyam, to discuss how the history of art can evolve by analyzing the exchanges of civilizations.  Speakers debated how the concept of cultural identity concept is continuously in movement and how it is subject to exploration that can be analyzed through philosophy, history, history of art, anthropology and sociology.

The cultural programming also included the film The Mahâbhârata by Peter Brook and Toufic Farroukh and welcomed the Parisien orchestra The Absolute Orchestra, conducted by Paavo Järvi.

Birth of a Museum is another milestone for the Louvre Abu Dhabi, set to open late next year in the Saadiyat Cultural District, also the home to the Zayed National Museum and Guggenheim Abu Dhabi. Situated in the Cultural District, Louvre Abu Dhabi is a universal museum designed to house aesthetic expressions of different civilizations and cultures from the most ancient to the most contemporary. The previous Birth of a Museum exhibition was unveiled in Abu Dhabi last year at Manarat Al Saadiyat and welcomed visitors from all around the world.

Louvre Abu Dhabi was born of an agreement between the governments of Abu Dhabi and France in 2007, the museum will display art, manuscripts and objects of historical, cultural and sociological significance – from both its permanent collection as well as loans from major French institutions.

Progress of Louvre Abu Dhabi continues; the collection is often showcased to the UAE audience through a number of public programs (including exhibitions, performances and panels of scholars). Following the success of the third series of Talking Art Series at Manarat Al Saadiyat, the fourth series of talks will continue later in the year.  The Abu Dhabi team is expanding in anticipation of the opening of the museum and the training of UAE Nationals is an ongoing priority. A one to one mockup of one of the museums’ galleries has been completed and the iconic dome continues to be assembled and placed into position on the construction site. With a built up area of 64,000 square metres, Louvre Abu Dhabi is conceived as a complex of pavilions, plazas, alleyways and canals, evoking the image of a city floating on the sea. Hovering over the complex will be a vast, shallow dome – some 180 metres in diameter – perforated with interlaced patterns so that a diffused light, reminiscent of the shadows of palm trees will filter through.