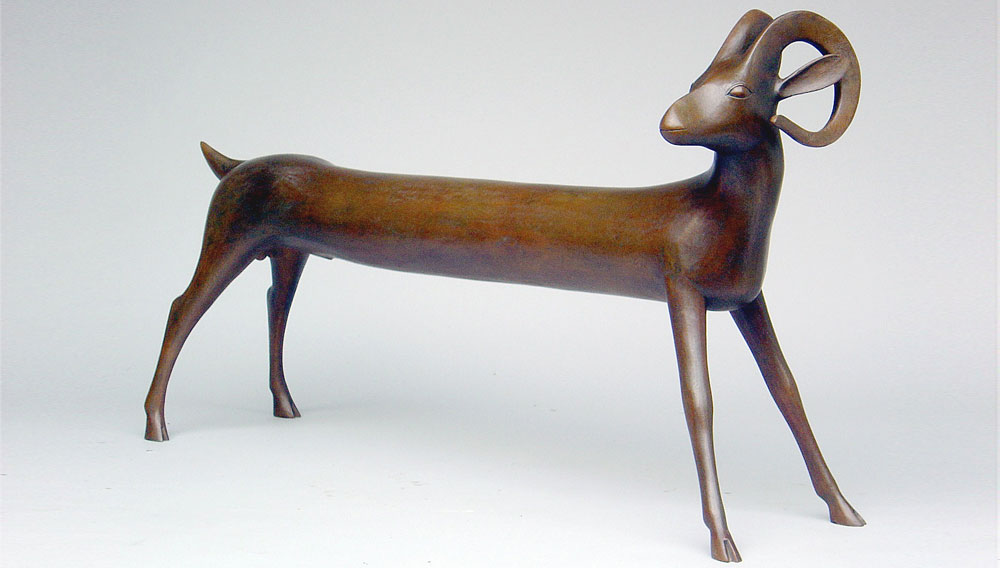 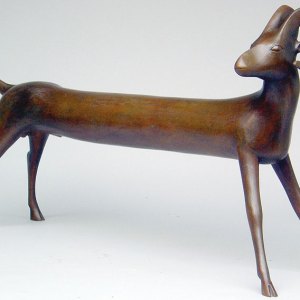 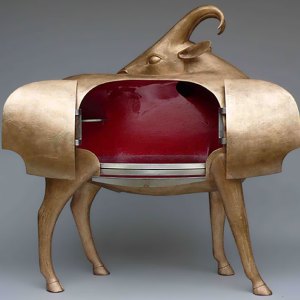 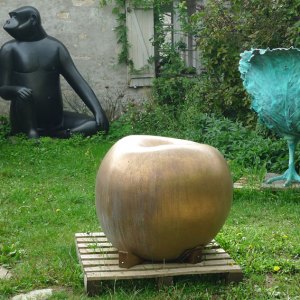 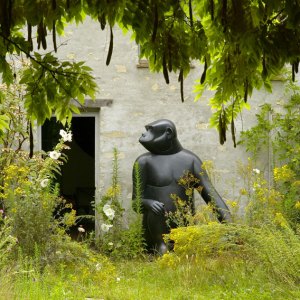 From May 4 to June 16, Paul Kasmin Gallery in Manhattan will showcase more than 30 inventive, sculptural works by French artists Claude Lalanne and the late Franc¸ois-Xavier Lalanne. The husband-and-wife team, who have exhibited their work together since the 1960s under the name Les Lalanne, have made memorable appearances in Christie’s sale of the Yves Saint Laurent collection, at the Cooper-Hewitt Museum in New York, and more. Gallerist and photographer Paul Kasmin followed and photographed Les Lalanne for decades, coming closer to the artistic duo than most. For this exhibit, he has curated a selection of significant sculptures that showcase each artist’s voice. In conjunction with the exhibit, Kasmin is releasing a book of his intimate, never-before-seen photographs of the couple in their home and studio, and depicting their work.

Claude Lalanne’s signature ginkgo motif—a recurring image that derives from the artist’s garden work (including a gate she sculpted for the private garden at their home)—appears in the 5-foot-tall bronze throne, Tro^ne de Pauline (moyen) (2010), which will make its first U.S. appearance at the exhibit. And several of Francois-Xavier’s both surreal and functional, animal-inspired pieces will be on view, including his cast iron Babouin (1973), which stows a working fireplace in the belly of a baboon; and Hippopotame I (1968–1969), a hippopotamus sculpture in blue polyester resin that opens to reveal a bathtub in its body and a usable sink in its head. (212.563.4474, www.paulkasmingallery.com)