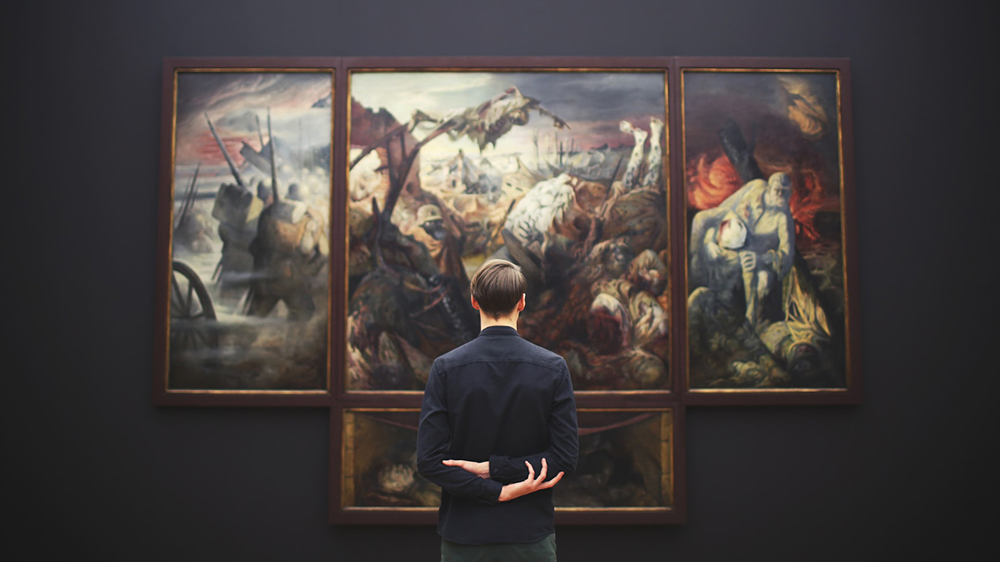 The art market is at an all-time high, in the middle of a seemingly never-ending period of growth like none we have seen before. What was once a niche community of enthusiasts has evolved into a legitimate global market. As in other investment categories, data can help direct buyers’ attention when investing in art and identify key opportunities. Total worldwide auction sales in 2018 were $19.4 billion, compared to $3.2 billion in 1989, an increase of more than 500 percent. The total size of the art market today, including gallery and online sales, is estimated to be at least $60 billion.

But a closer look is needed, as the art market consists of hundreds of individual markets that often behave very differently. While the total sales have increased, many segments are not faring so well and often haven’t been for some time. Take the old masters, which have become something like General Electric: an old powerhouse overwhelmed by the market demand for younger, sexier options such as Facebook, Amazon or Netflix.

As more investors have sought to diversify their portfolios with high-performing alternative assets, art has drawn more and more interest in the United States and throughout the world, with US collectors now claiming 36 percent of the art-market share. According to Artnet’s proprietary database (the source for the sales figures in this story), investing in art can be rewarding in many ways. Looking at the past 18 years, Artnet’s index of the 10 top-performing artists produced a 7 percent compound annual growth rate (or CAGR), beating the 3.7 percent for the S&P 500. This growth is apparent, for example, with regard to Andy Warhol’s Statue of Liberty silkscreen, which sold for just $453,500 at auction in 1999 and $3.7 million in 2016.

Growth in value in the last 10 years has come mainly from the top segment of artworks, those valued at more than $1 million, where a handful of artists such as Warhol and Pablo Picasso drive the entire market. On the other hand, hundreds of other artists present good investment opportunities. Cindy Sherman and Oscar Murillo, for example, don’t get the same attention, but their work is very often just as interesting—or even more so. In 2011, Murillo’s most expensive paintings sold through dealers for $8,500 each. Midway through last year, his average sales price at auction was roughly $113,000, good for a CAGR of 45 percent.

Aside from artists who are not quite in that uppermost tier, there are areas of opportunity buyers can and should get into now, according to the data. Interest has been shifting toward newer work for years. Last year was the first on record in which auction houses sold more lots of postwar and contemporary art (about 109,000) than impressionist and modern art (about 106,000). And while impressionist and modern works still outsold postwar and contemporary works by value last year, the latter category showed a greater year-over-year increase in price: 15.2 percent versus 12.4 percent.

Installation view of Gone, a solo show of works by KAWS at Skarstedt in New York.  Jonty Wilde, Courtesy of the artist and Skarstedt, New York. © KAWS.

Hype is also creating new pitfalls and opportunities. After the major slate of New York auctions in May 2019, the artist KAWS—a frequent collaborator with fashion brands such as Dior as well as mass consumer brands like Uniqlo and a symbol of the rising street culture—had actually overtaken the celebrated master painter Gerhard Richter in total auction sales for the year, by a margin of roughly $52 million to $50 million, largely because many more KAWS pieces were sold at auction than Richters (382 versus 125)—though, importantly, at a much lower average price per work. With Richter’s place in the canon of postwar art already secure, this dip in supply may be long-term, in which case investors need to look for undervalued talents.

The data, conveniently, also reveal that female artists are still drastically underrepresented in the marketplace. In 2018, only five of the top 100 artists by total sales value were women. The average sales price for a painting by the top-selling female artist, Yayoi Kusama, was just under $606,000, while the average price for a painting by the top-selling male artist, Pablo Picasso, was $11.3 million. In terms of total sales, the fifth-ranked man, Andy Warhol, generated $23 million more in auction sales than the top two women (Kusama and Joan Mitchell) combined. As society at large recalibrates the balance between genders, many art investors view this value gap as an opportunity.