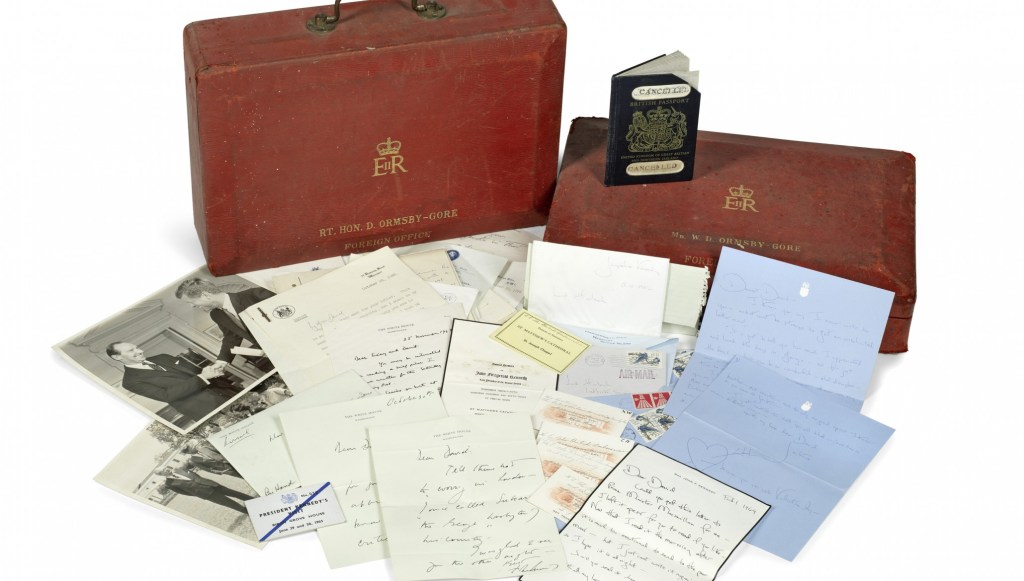 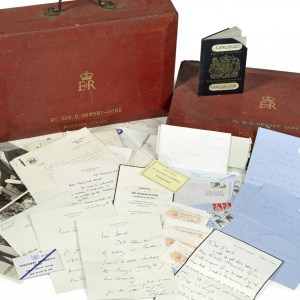 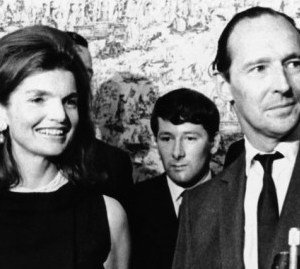 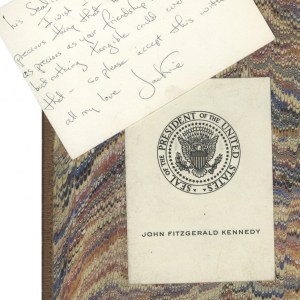 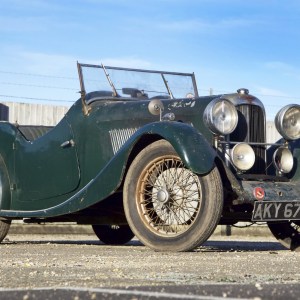 It has been over 50 years since Jackie Kennedy wore her pink suit (an American-made replica of Chanel) and matching pillbox hat on that ill-fated November day in Dallas. But thanks to the Oscar nominated film Jackie, which was released in December 2016, the former First Lady is at the forefront of everyone’s minds once again. The timing serves well for Bonhams’ upcoming sale that is dedicated to artifacts found at Glyn Cywarch—the family estate of David Ormsby Gore who was the United Kingdom’s 5th Lord Harlech and the British ambassador to the United States during John F. Kennedy’s presidency. Taking place at Bonhams London on March 29, The Contents of Glyn Cywarch—the Property of Lord Harlech sale will offer 18 never-before-seen letters (all handwritten except for one typed note) from Jackie Kennedy to David Ormsby Gore. “David had known John F. Kennedy since the 1930s, and they had been really close friends,” explains Bonhams’ head of fine books and manuscripts in the UK Matthew Haley. “David isn’t featured in [the film], but we know he was summoned to the White House the day after the assassination because his official pass is in this auction.” Read together, the letters (which have been locked away since David’s death in 1985) confirm an emotionally deep and complicated bond between Jackie and David. The also confirm for the first time that David had proposed to Jackie in 1968—five years after John F. Kennedy’s assassination. Raw and affecting, the letters also reveal why Jackie—who was once a photographer for the Washington Times-Herald newspaper— turned him down and decided to marry Aristotle Onassis, the Greek-Argentine shipping magnate. Having received Jackie’s rejection, David wrenchingly writes, “All the pathetic plans I had brought with me for visits to Cyrenaica, holidays near one another and a whole variety of solutions to our marriage problem, including one for a secret marriage this summer—plans which I saw us eagerly discussing, calmly and with complete frankness as we did at the Cape and in Cambodia for the next wonderful ten days—all had become irrelevant trash to be thrown away within a few hours of my landing in New York.”

Jackie’s final note to David, which she wrote from onboard Onassis’s yacht Christina, attempts to explain her decision. “You and I have shared so many lives and deaths and hopes and pain—we will share them forever and be forever bound together by them…If ever I can find some healing and some comfort—it has to be with someone who is not a part of all my world of past and pain—I can find that now—if the world will let us.”