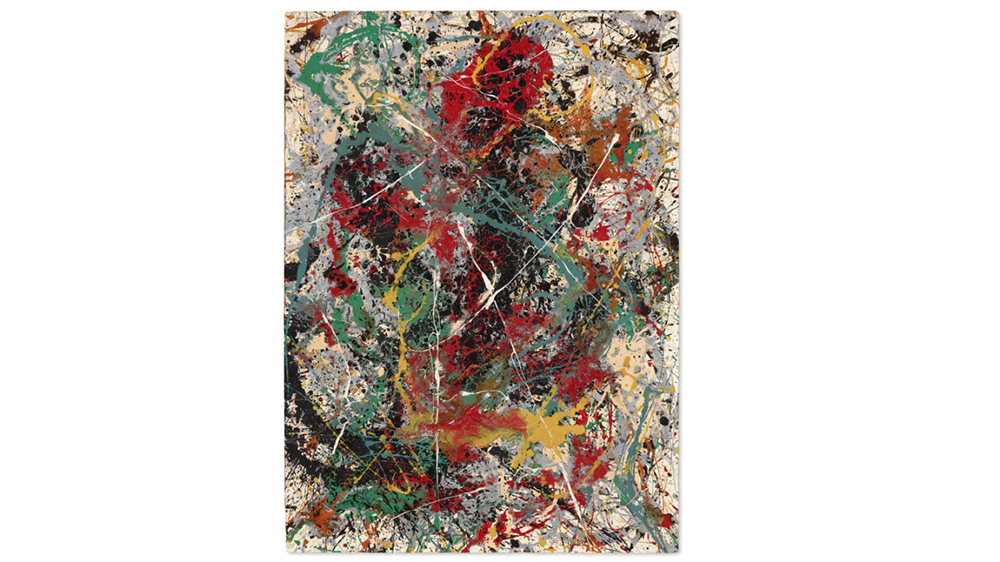 Christie’s has unveiled an abstract painting by Jackson Pollock featuring the postwar painter’s signature ‘drip’ style that will be auctioned next month. Number 31 (1949) will hit the block during an evening sale in New York on May 12 dedicated to art produced in the 20th century. It is expected to fetch a price in excess of $45 million and will be offered without a guarantee.

Pollock completed the work, which stands at 31-by-22-inches, in 1949, during a formative time in his career when he produced a series of drip paintings. The works would make him a standard bearer of abstract expressionism and derive from a period that commands the artist’s top auction prices.

The present lot was included in retrospectives dedicated to Pollock in 1967 and again in 1998, both at the Museum of Modern Art in New York.

The last work by Pollock of this caliber to sell at auction was Number 17 (1951), a black abstraction painted over a tan canvas that came from the vaunted collection of real estate magnate Harry Macklowe and his ex-wife, Linda, following a contentious divorce trial. It fetched a new record for the artist at $61.2 million in its first appearance at auction.

If the present work reaches its high estimate, it will be among the top four works by the artist sold at auction.

This is not the first time the work has appeared in a public sale. The work last appeared at auction more than 30 years ago in May 1988 at Christie’s, where it sold for $3.5 million.

The painting will go on view at Christie’s Los Angeles outpost this week before returning to New York, where it will be displayed ahead of the sale on May 12.