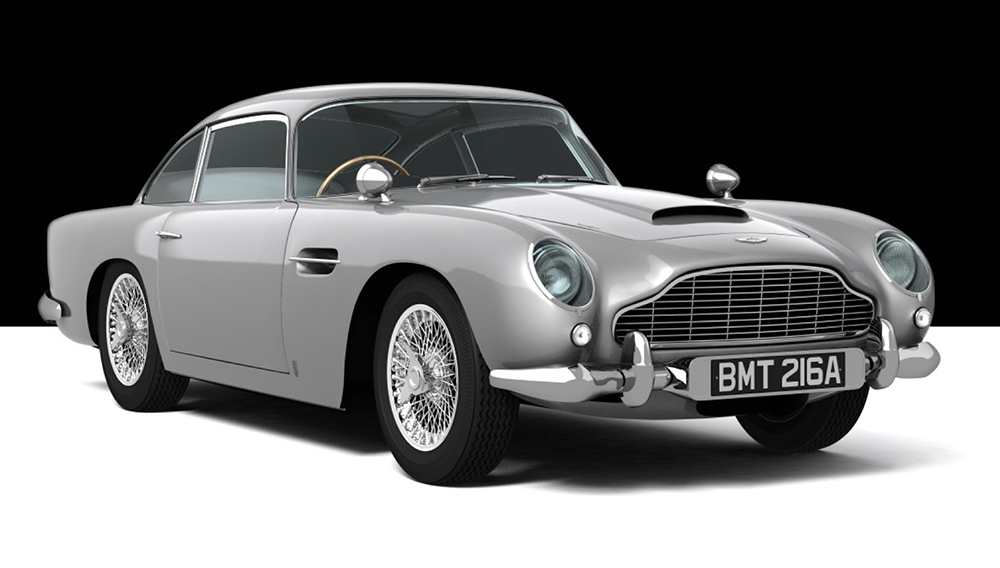 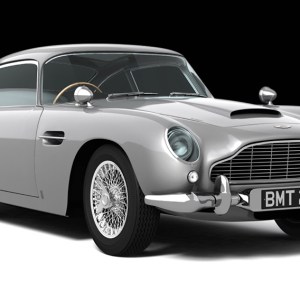 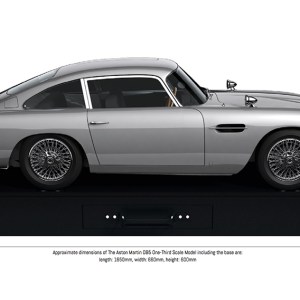 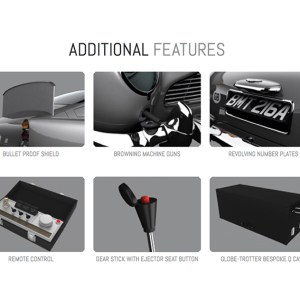 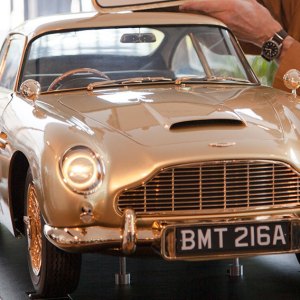 A larger-than-life automotive marvel has been brought down to size with Propshop’s James Bond’s Aston Martin DB5 One-Third Scale Model. “You will be using this Aston Martin DB5 with modifications, now pay attention please,” says Q to Bond at the beginning of the 1964 film Goldfinger—and with that, the world was introduced to what would become one of the most iconic cars in history. It is no surprise then that Bond buffs were heartbroken to see it blow up at the end of Skyfall, as villainous Raoul Silva lays siege to 007’s childhood home—a scene requiring the replica to be built in the first place. Fortunately, the cinematic model-maker made a few for the public as well.

Located outside of London at Pinewood Studios (where much of the Bond franchise is filmed), Propshop recreated the actual car in almost every detail, using advanced digital techniques. The team first scanned real Aston Martin DB5s used in the movie and then employed a Voxeljet VX1000 3-D printer to create the components. The steel-chassis chariot was detailed and finished with paint painstakingly matched to the marque’s signature Silver Birch. And, of course, the arsenal of original gadgets were installed, which include retracting front-mounted machine guns, a bulletproof shield, and a revolving license plate—all operated by remote control. There is even the passenger-seat ejector button located in the gearshift. And the model’s display case—constructed by Globe-Trotter—features moving tracks under each wheel so the car can roll while stationary.

Propshop produced only 100 examples of the limited-edition legend at about $45,000 each. The first model of the numbered series is touring the United States and currently sits in the window of Aston Martin’s showroom in Beverly Hills, Calif. A one-off, 24-karat gold-plated version (made to commemorate the 50th anniversary of Goldfinger) was auctioned last year by Christie’s and sold for $90,000. Proceeds benefited the National Society for the Prevention of Cruelty to Children. (propshop.co.uk)