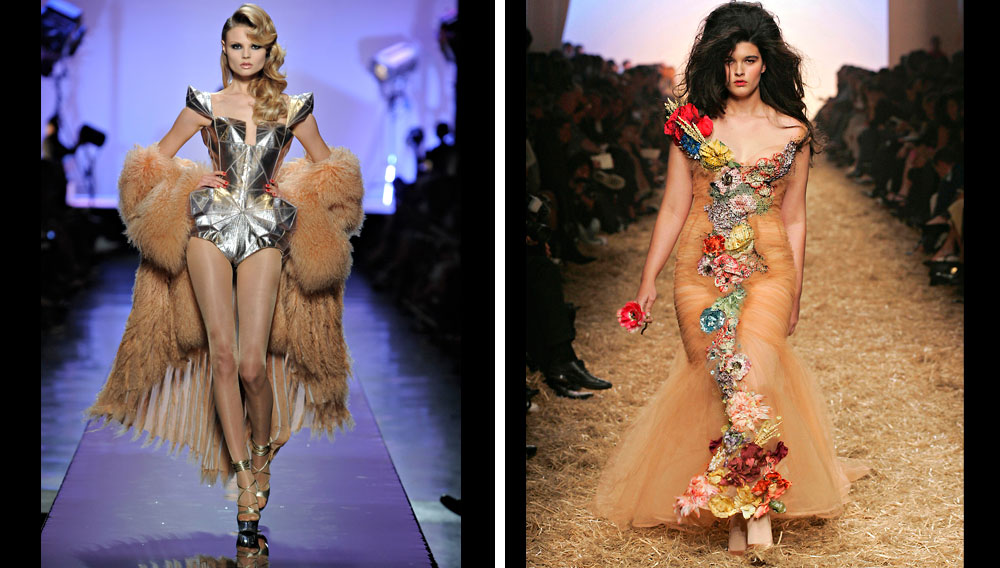 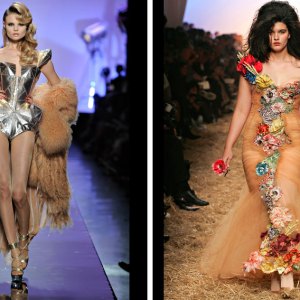 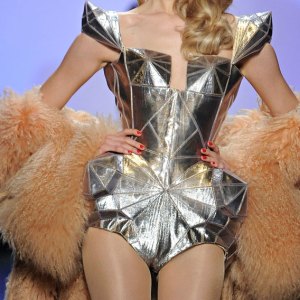 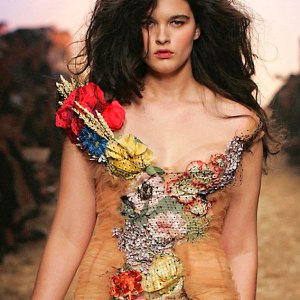 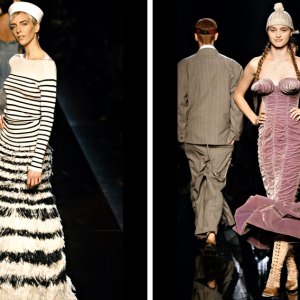 A traveling interactive exhibition focusing on haute couture designer Jean Paul Gaultier made its American debut at the Dallas Museum of Art this month. The Fashion World of Jean Paul Gaultier: From the Sidewalk to the Catwalkopened in Dallas, the first of only two U.S. cities, after its kickoff in Montreal and will run from now through February 12, 2012. The largest exhibit of the French couturier’s work to date, the multimedia display is meant to be more of an interactive runway than a museum display.  More than 130 of Gaultier’s avant-garde ensembles are featured among video clips and musical recordings from shows, concerts, and films incorporating his designs; and 30 animated mannequins offer songs and commentary. “The exhibition is very celebratory, fun, and energetic,” explains Kevin W. Tucker, the Margot B. Perot curator of decorative arts and design at the Dallas Museum of Art. “It draws on Gaultier’s desire for it not to just be a line of mannequins.” Highlights include Madonna’s infamous cone-bra corset from the Blond Ambition Tour and Gaultier’s first gown from the early ’70s. The exhibit is organized in six thematic categories and, in addition to clothes, includes Gaultier’s hand-drawn sketches; fashion photographs from contemporary artists such as Andy Warhol, Cindy Sherman, and David LaChapelle; and other products from the Gaultier brand, like his iconic human-form perfume bottles. (214.922.1200, www.dm-art.org)