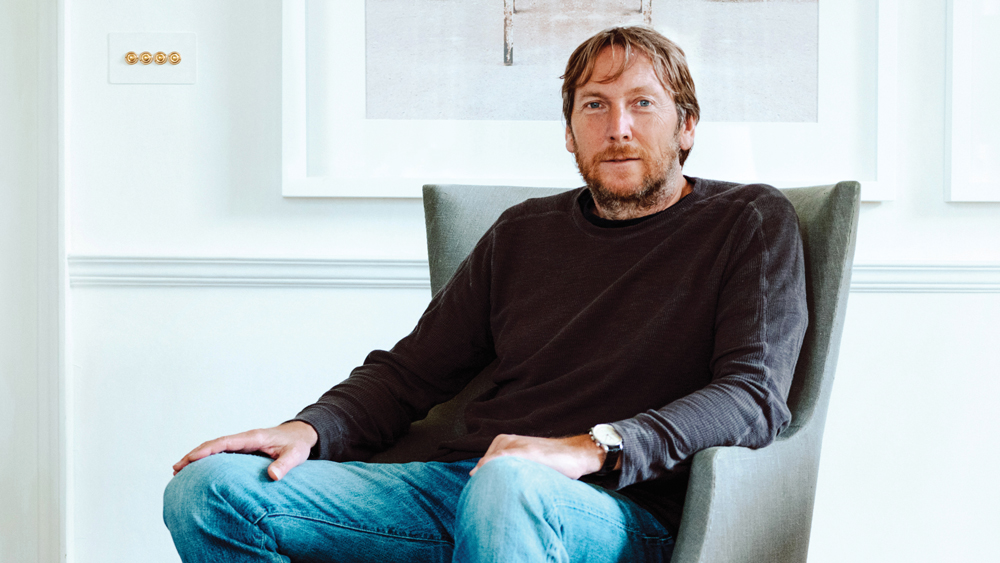 Jochen Zeitz’s love affair with Africa began as many African obsessions do: on safari. “It was 1989 when I first came to Kenya, and I was so inspired,” the former chairman and CEO of the sports-apparel brand Puma says. “From then on, I wanted to travel the continent as much as I could.” And indeed, he did, both professionally and personally, leading Puma on campaigns to endorse African athletes and support local communities. Zeitz eventually became a resident of Kenya in 2003, and it was around that time that he began collecting contemporary African art. “I saw the potential and the huge creativity coming from the continent,” he recalls. “I started buying pieces here and there, but with no big purpose other than to have art around me in my private life.” This objective changed in 2005, when Zeitz attended the Venice Biennale and discovered a dearth of artworks from contemporary African artists. “The continent as a whole was so underrepresented in the art world. I thought, ‘This is an opportunity to make something significant happen.’ ”

Zeitz, under the guidance of curator Mark Coetzee, dove headfirst into his new project. “We bought a lot at every occasion within a very short period of time,” Zeitz says. At the 2013 Venice Biennale, the entrepreneur purchased an impressive 85 works, including photographs by the South African Zanele Muholi and sculptures by the Zimbabwean Michele Mathison. Other major acquisitions over the years included works by Cameron Platter, Kudzanai Chiurai, and William Kentridge. By 2014, the duo had assembled the leading collection of works from contemporary African artists practicing in their native countries and elsewhere in the world.

That same year, Zeitz unveiled a portion of his collection to the public for the very first time at Segera Retreat, his beautifully appointed safari camp set on a 50,000-acre concession in Kenya’s Laikipia Plateau. The installation was a test of sorts, with 150 works sprinkled throughout the resort’s manicured gardens, its surrounding grasslands, and in its thatch-roofed exhibition space. “Segera was a stepping-stone,” Zeitz explains. “I wanted to see how people would react to the art, but I also wanted to gain some experience in showcasing it.”

This fall, Zeitz will at last achieve his goal, opening the Zeitz Museum of Contemporary Art Africa in Cape Town’s Victoria & Alfred Waterfront. It will be a landmark moment as much for the continent and its artists as for the collector who has devoted more than a decade to the appreciation of both. The 102,000-square-foot space will display a rotating assemblage from the vast Zeitz Collection, support educational programs, and welcome temporary exhibitions. For Zeitz, however, it is but another stepping-stone.

“I’m continuing to collect, even as I speak. I am always looking at new art that we can add to the collection.” And, he adds, nothing—not even the works hanging in his homes in Kenya and London—is off-limits. “Everything is up for grabs. I may end up with an empty wall at some point.”