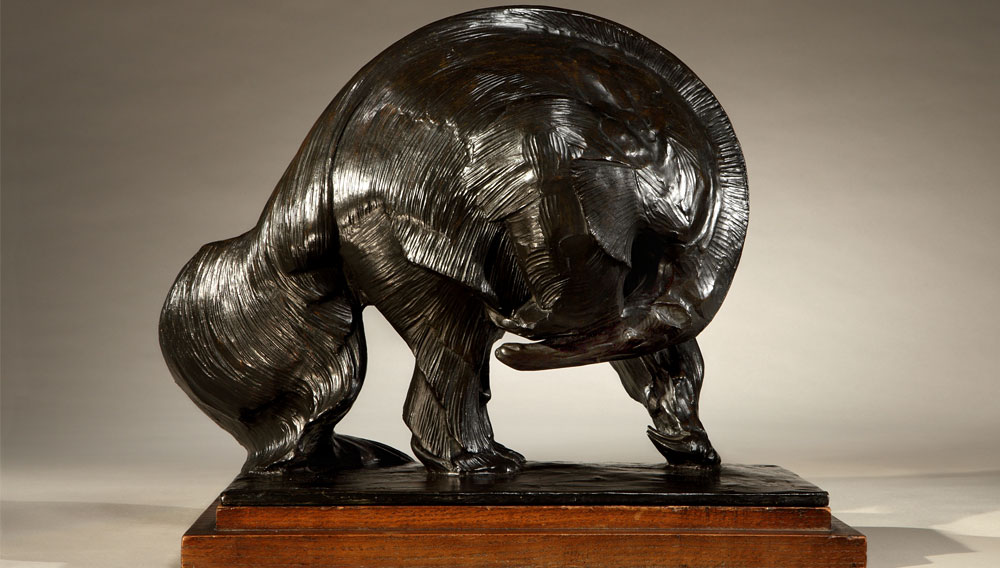 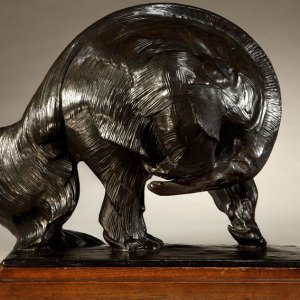 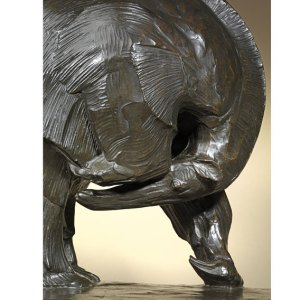 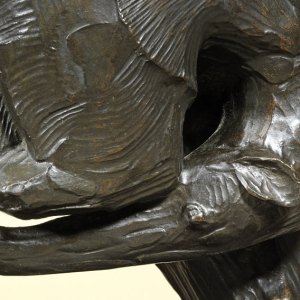 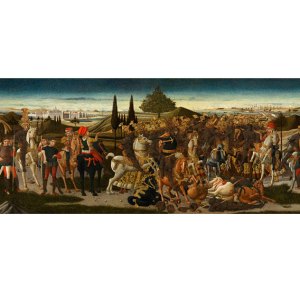 The Biennale des Antiquaires, the grande dame of France’s art and antiques fairs, takes place from September 14 to 23 at the city’s Grand Palais. Biennale organizers have enlisted high-profile designer Karl Lagerfeld, who is stage-managing the show, to help ignite a new fashionable energy this year.

Against Lagerfeld’s carefully crafted backdrop will be more than 150 exhibitors, including Sladmore Gallery of London. Its stock of 19th- and 20th-century sculpture will include a magnificent bronze Anteater by Rembrandt Bugatti, priced at $2.7 million. Cast in an edition of five in 1909, the piece testifies to Bugatti’s unusual talent for creating portraits of animals as subtle, vibrant, complex, and true as any image of a human sitter. “His Anteater is a stand-alone work in his oeuvre,” says Sladmore director Edward Horswell. “It’s not just the perfect rendition of an animal unfamiliar to most, but also an accomplished and stylish essay of swirling motion.”

Moretti Fine Art, headquartered in Florence, Italy, will offer a decorative front panel from a cassone, or an Italian wedding chest, dating to the mid-15th century and priced in the region of $1.2 million. Cassones were key furnishings in upper-class Renaissance households, designed to store clothes and other finery. Often, they were given as wedding gifts from one member of the couple to the other. The battle scenes on this panel, which measures over five feet long and almost a foot and a half wide, shows the Roman army clashing with the forces of a rival city-state, perhaps Venice. The martial theme implies that the cassone was commissioned by a bride for her groom. “It proves the virility of the man,” says gallery president Fabrizio Moretti. The original giver and recipient remain unknown.

In addition to art and antiques, extraordinary one-of-a-kind jewelry and gemstones will be presented by some of the greatest jewelry houses, including Cartier, Van Cleef & Arpels, and Harry Winston, in addition to first-time participant Wallace Chan. (www.sna-france.com)