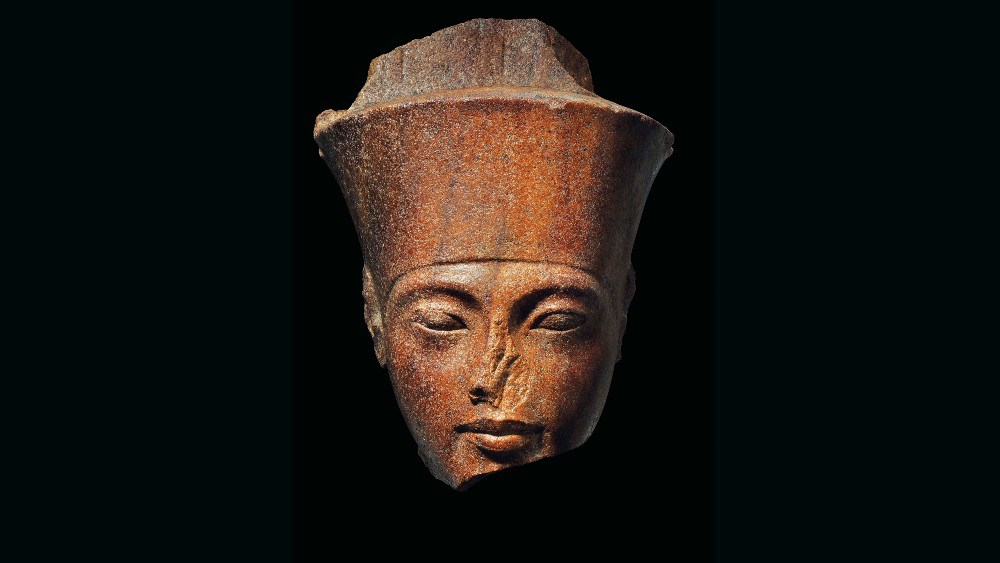 A 3,300-year-old statue with the features of King Tutankhamun sold for just shy of $6 million at a Christie’s auction in London on Thursday, but Egypt is claiming the figurine is stolen goods.

Measuring just over 11 inches in height and carved from brown quartzite, a hardened sandstone, the bust sold to an unnamed collector for £4,746,250 (about $5,944,275), the auction house announced in a press release. The relic depicts the young Egyptian King as the god Amen for whom he was named. However, the Egyptian government claims the small statue was likely stolen from a temple within the country during the 1970s, according to a report in the BBC.

“We think it left Egypt after 1970 because in that time other [artifacts] were stolen from Karnak Temple,” Egypt’s former antiquities minister Zahi Hawass told AFP news agency.

Despite this claim and calls for the auction to be halted, including an appeal made to the British government by Egypt’s ambassador, the sale went on as planned Thursday evening.

In a statement, Christie’s said: “The object is not, and has not been, the subject of an investigation.” The auction house added that it would never auction off an item if there were legitimate questions about its provenance.

To underscore the legitimacy of the sale, Christie’s published a 50-year-chronology of the statue’s ownership, starting with German aristocratic Prinz Wilhelm von Thurn, who the auction house says came to possess the piece during the 1960s. Since then, the statue has passed through the hands of four other German and Austrian collectors and galleries. The bust is understood to have been acquired from von Thurn between 1973 and 1974.

“This was a rare, beautiful and important work. We recognize that historic objects can raise complex discussions about the past; yet our role today is to work to continue to provide a transparent, legitimate marketplace upholding the highest standards for the transfer of objects. There is an honorable market for ancient art and we believe it is in the public interest that works come out into the open with the opportunity for them to be researched, as well as seen and enjoyed by global audiences.”

King Tutankhamun is believed to have died at the age of 19, over 3,000 years ago. Researchers discovered his remains in 1922.