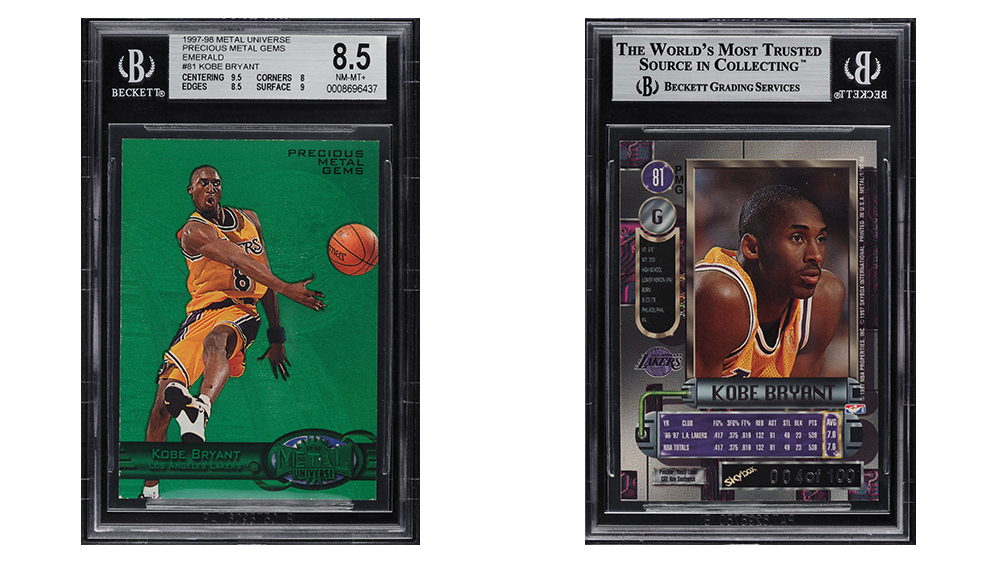 Any signs of the collectible card market slowing down after its pandemic boom are apparently premature. The latest example: a rare Kobe Bryant basketball card that just set a new sale record—and it’s not even his rookie card.

On Tuesday, PWCC Marketplace announced a 1997-98 Metal Universe Precious Metal Gems Emerald—featuring the young Bryant wearing a No. 8 jersey and dishing a pass mid-flight—went for $2 million in a private sale, the sports card auction site confirmed to Robb Report. The sale was brokered sometime last week, and it’s the Black Mamba’s highest-selling card of all time.

Although it doesn’t include features that are usually associated with hefty prices—an autograph or a swatch of a game-worn jersey—this Metal Universe card is still rare. It’s four out of 100 and only the first 10 cards of the set received an emerald variation; the other Precious Metal Gem inserts are red.

The card received an 8.5 for it’s condition by Beckett Grading Services, tied for the highest score that the card has ever received. That’s lower than ones featured in other high-end sales, but the 1997-98 Precious Metal Gems set is a tough grade due to chipping, according to Beckett. That hasn’t diminished their desirability though.

“These Precious Metal Gems variants are arguably the most desired insert card in the entire world,” Jesse Craig, director of business development at PWCC, said in a statement. “These set the tone for the insert market going forward. It’s just incredibly difficult to find them in any condition, and because of their delicate nature, to find one in such good condition is incredibly rare.”

However, prices have inflated during the pandemic. Last year, a Luka Doncic rookie card became the most expensive NBA card sale at $4.6 million. Only a month later, a 2003 Exquisite LeBron James Patch Auto rookie card eclipsed the record, selling for $5.2 million. Then last summer, an ultra-rare, autographed Steph Curry rookie card sold for $5.9 million. So although the Bryant card fetched a high price, it came nowhere close to breaking Curry’s record.