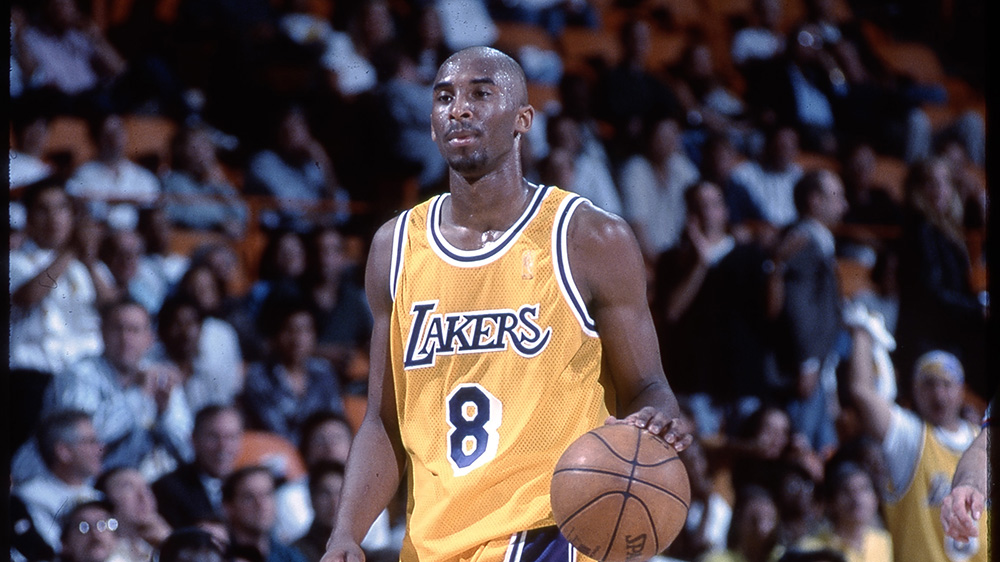 When it comes to basketball jerseys, it’s the late Kobe Bryant, not Michael Jordan or LeBron James, who reigns supreme.

A week after his posthumous induction into the Naismith Basketball Hall of Fame, the Los Angeles Laker great’s rookie jersey sold for a stunning $3.69 million as part of Goldin Auctions’s May Elite Auction on Saturday. The hammer price easily makes the game-worn item the most expensive basketball jersey of all time and the most valuable piece of Bryant memorabilia.

The jersey is Bryant’s earliest-known, game-worn Lakers jersey. It has been photo-matched to the one he wore in four games during the 1996-97 season, as well as his rookie photoshoot. The gold and purple home jersey even features the NBA legend’s signature on the frontside no. 8. Although he wore 8 for the first half of his career, he would change to no. 24 before the 2006-07 season. Both numbers have been retired by the Lakers, the only team Bryant played for during his 20 seasons in the league.

The rookie jersey was bought by Bob Duggan, the Chairman of the Board of Genius Inc., Pulse Biosciences and Summit therapeutics, according Goldin, which sponsored Bryant’s Hall of Fame induction. The $3.69 million hammer price makes it the new standard bearer by more than $2 million, according to Action Network. The previous mark was set by the jersey worn by Michael Jordan at UNC during the 1982-1983 season, which sold for $1.38 million earlier this month. Prior to the auction, the previous high Goldin had sold a Bryant jersey for was $65,280.

“What a stunning tribute to Kobe, one of the greatest players of all time and a truly amazing human being,” Goldin executive chairman and Founder Ken Goldin said in a statement. “We were honored to handle the sale of so many incredible Kobe items—each its own slice of history and with its own unique memories. As the bids continued to roll in for his rookie jersey, what we already knew was solidified—Kobe is sorely missed and his legacy will endure for generations.”

While the Bryant rookie jersey will steal all the headlines, it wasn’t the weekend’s only noteworthy sale. A coveted Honus Wagner T206 card sold for $3.75 million, an autographed Michael Jordan jersey patch card sold for $2.1 million and a Sandy Koufax rookie card sold for $369,000, all of which are records for the players.

The sports memorabilia market has been booming for more than a year now, with records seeming to fall each month. The record for most expensive basketball card has already been broken twice since the start of the year. An autographed Luka Doncic rookie card briefly held the title when it sold for $4.6 million in early March, but was bested by an autographed LeBron James rookie card that sold for $5.2 million at the end of April.