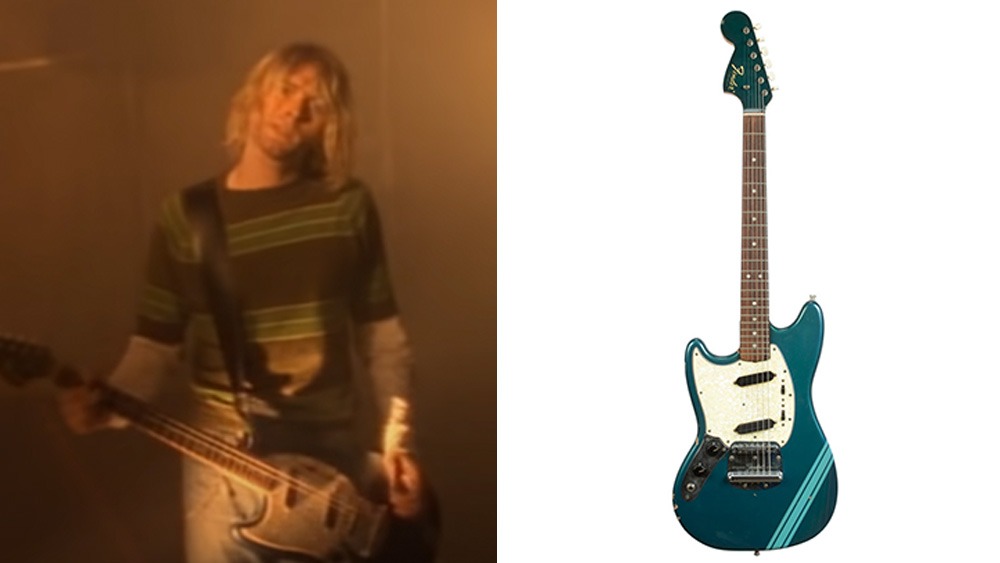 The guitar that helped change the sound of music in the 1990s could soon be yours.

The Fender Mustang that Nirvana’s Kurt Cobain played in the video for the band’s breakthrough single, “Smells Like Teen Spirit,” will be sold by Julien’s Auctions in late May. The electric guitar is just one of a number of items once owned by the grunge icon that will go under the hammer at the auction house’s three-day “Music Icons” event.

The instrument in question is a left-handed 1969 Mustang in Competition Lake Placid with a matching head, according to Julien’s. Cobain can be seen playing the guitar throughout the music video which depicts a twisted version of a high school pep rally. The clip—which debuted on MTV’s “120 Minutes on Sept. 29, 1991—was many fans’ introduction to the group and helped turn the trio into one of biggest bands in the world, a title they would keep would keep until Cobain’s death by suicide in 1994 at the age of 27.

“I’m left-handed, and it’s not very easy to find reasonably priced, high-quality left-handed guitars. But out of all the guitars in the whole world, the Fender Mustang is my favorite,” Cobain said of the instrument in his final interview with Guitar World. “I’ve only owned two of them.”

Of course, if you want to get your hands on Cobain’s axe, be prepared to spend big. Julien’s expects the historically important Mustang to sell for between $600,000 and $800,000. That could turn out to be low, though. The acoustic-electric 1959 Martin D-18E that the Nirvana frontman played during the filming of MTV’s Unplugged sold for $6 million in June 2020, comfortably making it the most expensive guitar of all time.

While only one person will get to own the “Smells Like Teen Spirit” Mustang, many more will get the chance to see it. The instrument will be on display at the auction house’s Beverly Hills gallery from April 11 to 15, the Hard Rock Café in London from April 28 to May 3 and, finally, the Hard Rock Café in New York from May 16 to the 20, where the auction will be held.