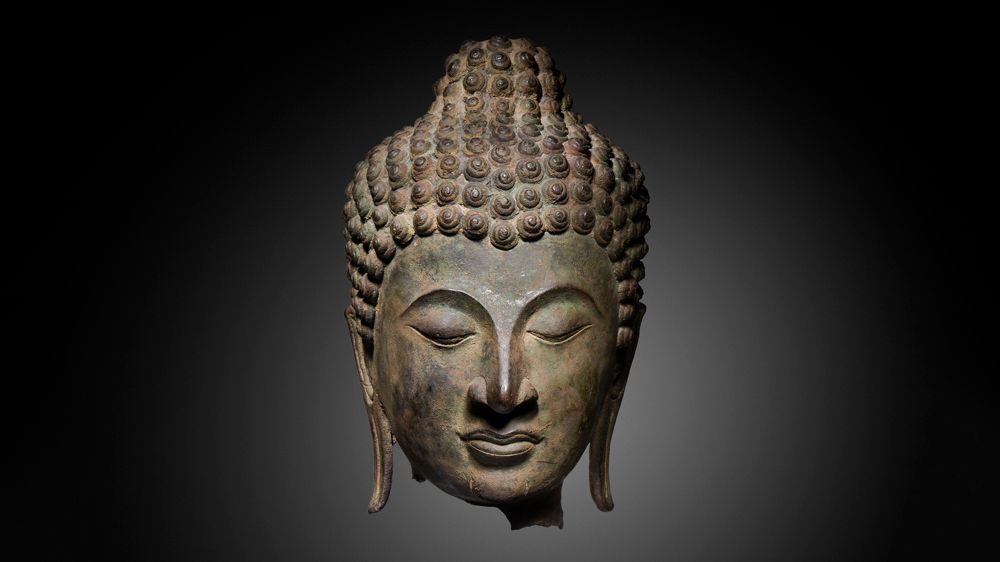 The Grand Palais on the Champs-Élysées in the heart of Paris is hosting the 30th edition of the recently rebranded Biennale des Antiquaires, September 8 through 16. “La Biennale Paris, as the fair is now known, is above all eclectic,” says Mathais Ary Jan, president of the Syndicat National des Antiquaires. This year’s event welcomes a roster of 70 galleries, including 10 exhibiting contemporary art – that’s a first for the now-annualized happening.

Newcomers in this category include Paris-based Clara Scremini, whose gallery is presenting Czech artist Eva Vlčková’s sleek minimalist cast glass sculpture Shell VI (2018). It is on offer for €15,000 ($17,550). Among the other notable modern works on offer is Alexander Calder’s Composition, a gouache and ink on paper from 1949, tendered by Antoine Lorenceau of Paris–based Brame & Lorenceau for a price “in the region of €300,000” ($350,400).

Since its inception, the fair has gained a reputation for its rich offerings in the area of old master paintings, and this year is no exception. Of particular note is Balthasar van der Ast’s Nature Morte à la corbeille de fruits, bouquet de fleurs, perroquets et coquillages exotiques au premier plan, an oil on panel executed during the celebrated Dutch still-life painter’s time in Delft in the 1640s. It will be at the stand of Madrid and Paris–based gallerist Ana Chiclana.

“When it comes to the best of the best, the Biennale is the most important international art fair in France,” says Asian art specialist Antoine Barrère of Galerie Jacques Barrère, which has been exhibiting at the event for more than a quarter of a century.  He will be offering an exquisite 14th-century copper-alloy head of the Buddha from Thailand (pictured at the top of this post). The Buddha is crowned with a conical ushnisha, that once was adorned with a flame. “The face, framed in an almost perfect oval, radiates an expression of detached serenity, and, with its slender and hieratic traits, displays the characteristics typical of Sukhothai school art.” It is on offer for €110,000 ($128,500).

“With this year’s addition of dealers in contemporary art, our goal is not to make the Biennale a contemporary art fair, but rather to foster a dialogue between works of art across time,” says Ary Jan. “When it comes to exceptional objects there are no date criteria.”