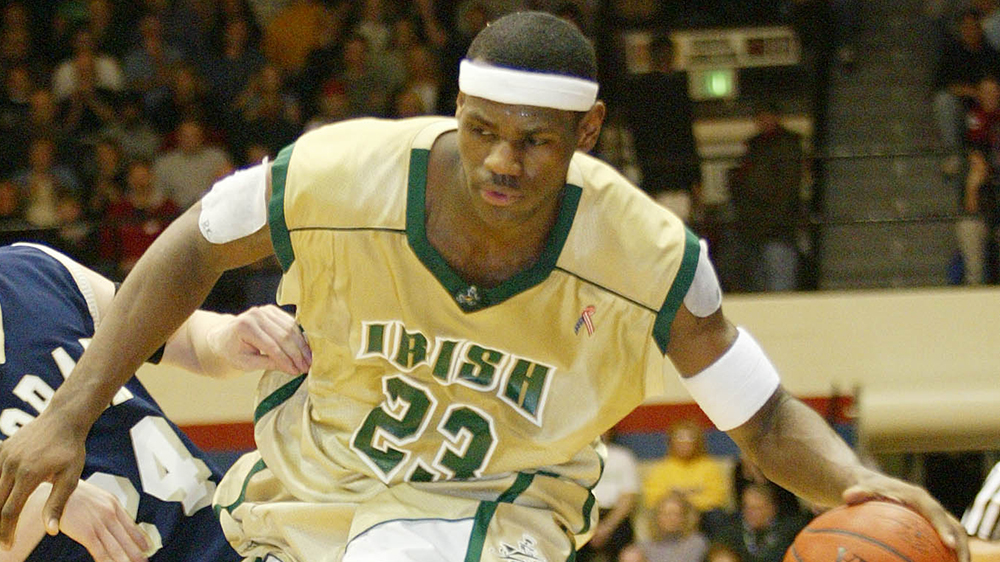 As amazing as Lebron James’s basketball career has been, it’s not the jerseys he’s worn as an NBA player that collectors obsess over. Instead, the Holy Grail of the James uniform is the no. 23 he wore while playing high school ball at St. Vincent-St. Mary in Ohio. Now, the rarest of those jerseys—the one the basketball star wore while posing for his very first Sport Illustrated cover—in 2002 has sold at auction for $187,500.

Sold by Goldin Auctions, the winning bid, by an anonymous buyer, represents the most ever paid for jersey worn by the three-time NBA champ. It’s also more than the $173,240 paid for Michael Jordan’s most expensive jersey, the one he wore in his final Chicago Bulls regular season game.

James wore the gold jersey—which features the high school’s mascot, his number and trim in green—during the cover shoot for the February 10, 2002 issue of the once-vaunted sports magazine. Baring the cover line “The Chosen One,” the issue featured a story by Grant Wahl that talked up the then-high school junior as one of the most promising basketball prospects of all time, one who had the potential to make an impact when he finally made it to the NBA. The story, along with everyone quoted in it, would turn out to be incredibly prescient.

“The rule’s not fair, but that’s life,” James told Wahl when asked about the age requirement that would force him to wait another year before entering the NBA draft. “I’ll stay another year because my friends are here. The only thing I think is bad, they let that 17-year-old golfer [Ty Tryon] on the PGA Tour. You’ve got tennis players competing professionally when they’re 14. Why not basketball players?”

As a four-year starter for the St. Vincent-St. Mary Fighting Irish, James would help lead the team to three state titles, regularly playing for sold-out crowds of thousands eager to get a glimpse at the buzzed-about teen. In addition to the three state titles, James was named Ohio’s Mr. Basketball three times (2001 to 2003), Mr. Basketball USA twice (2002 and 2003) and the Naismith Prep Player of the year during his senior season (2003).

While collectors may be most desperate for memorabilia dating back to James’s high school playing days, it’s not as if things have turned out too bad for the player since. On the precipice of his 17th season in the NBA, the Los Angeles Lakers star has won three NBA titles (two with the Miami Heat and one with the Cleveland Cavaliers), four MVP awards and is widely considered to be among the top two players of all time.