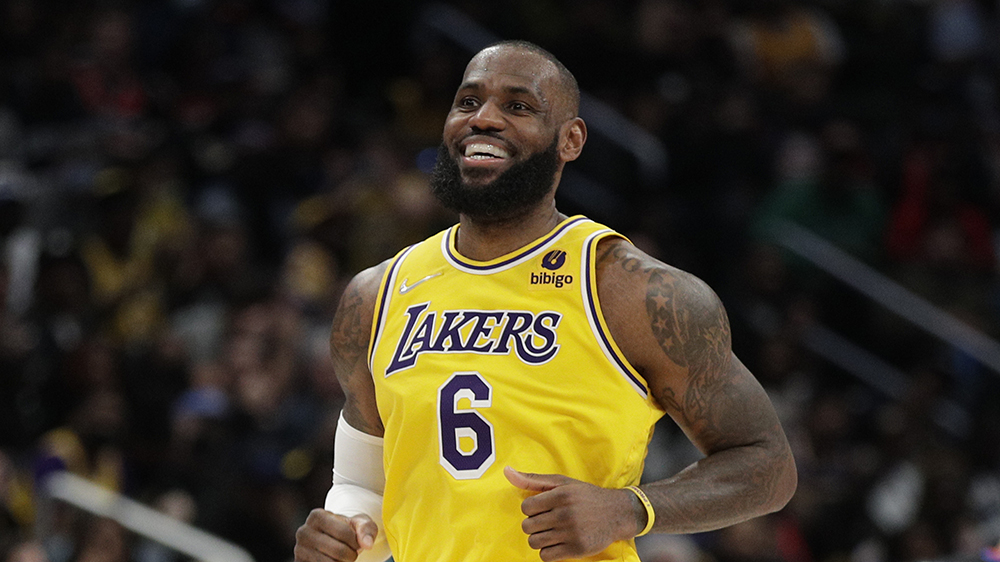 LeBron James doesn’t have to be on the court to set records.

A one-of-kind Panini Triple Logoman card with patches from three of the new billionaire’s jerseys could become the most expensive trading card of all time when it is auctioned off by Goldin later this month. There’s a very real belief among collectors that the hammer price could surpass the current record of $6.6 million.

The Triple Logoman features the NBA logo from three different jerseys James has worn while playing for the Cleveland Cavaliers, Miami Heat and Los Angeles Lakers. It is one of five Triple Logoman cards produced for Panini’s 2020-21 “Flawless” collection, but only the James card has patches from just one player, according to the auction house. Cards from the collection come packaged in a custom-designed briefcase that holds just 10 randomly assorted cards and cost $2,750 when it was released earlier this year.

News of the James Triple Logoman set off a mad-dash scramble among collectors, including Drake, who bought 10 cases in an unsuccessful attempt to find it. It finally surfaced last month, when JMo from trading card livestreamers Backyard Breaks pulled it, according to USA Today. The card is currently owned by three users from Whatnot (an online card collector marketplace) who purchased a stake in the pull and have now chosen to sell it.

“The LeBron James Triple Logoman card is the undisputed holy grail of modern cards,” Goldin founder Ken Goldin said in a statement. “For months, collectors have clamored to claim this uniquely alluring masterpiece and for card collectors, there have been a small handful of cards that are considered the pièce de résistance of the hobby.”

Bidding for the James Triple Logoman will open on Wednesday, June 8, and run through Saturday, June 25. The auction is being overseen by Goldin. Bidding for card will start at $500,000 and to become the most expensive basketball card ever, it will have to sell for more than the $5.2 million autographed James Rookie Patch card fetched last year. And if it tops $6.6 million, it’ll beat a 3-grade T206 Honus Wagner to rank as the most expensive trading card of all time.