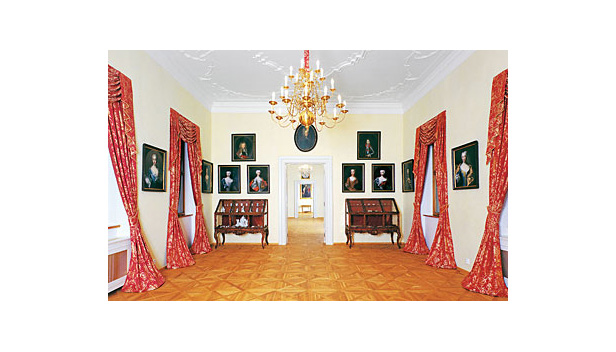 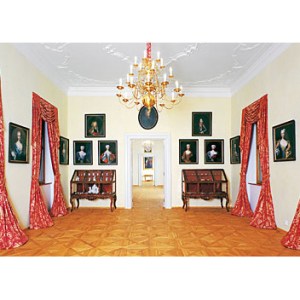 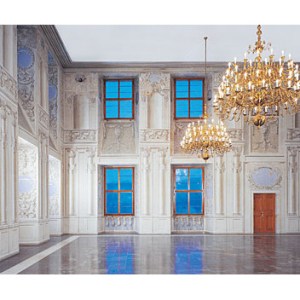 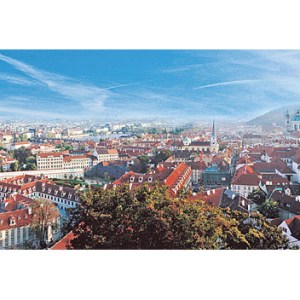 On May 23, 1618, members of Bohemia’s Protestant aristocracy expressed their displeasure with the newly appointed Catholic Hapsburg king, Ferdinand, by tossing two of his representatives out of a 20-foot-high window at Prague Castle. The incident, which became known as the Defenestration of Prague, proved to be the flash point for the Thirty Years’ War—even though the king’s ministers survived the fall. “They landed in a tremendous pile of dung and scurried up the garden path to Lobkowicz Palace,” says William Lobkowicz, whose ancestors had acquired the structure on the grounds of Prague Castle only a few years before the defenestration. “The story in our family was that they hid in the voluminous skirts of my ancestor Polyxena.”

The ministers’ fortunate escape, which Catholics at the time ascribed to divine intervention (and which purportedly led to the expression “holy shit”), was no more miraculous than William’s own journey to Lobkowicz Palace. Following World War II, during which Nazi troops confiscated the 22-room palace, the Lobkowiczes reoccupied the property briefly before Czechoslovakia’s communist government seized it—and several other family possessions—in 1948. But this spring, after reclaiming and restoring his family’s former home, Lobkowicz opened the palace to the public as an events venue and museum that showcases the collections of what was once one of Europe’s most powerful families.

Long allied with the Hapsburgs, the Lobkowicz family traces its lineage to the 14th century. Several members of the family served as high chancellors of Bohemia, a kingdom in what is now the western region of the Czech Republic, and the clan’s scions were princes of the Holy Roman Empire until royal titles were abolished when Czechoslovakia was established in 1918. William, the grandson of the family’s last prince, was born and raised in Boston by parents who fled the country when communism took hold. The 45-year-old Harvard graduate, whose demeanor combines the dynamism of America and the cultural sophistication of Europe, pursued a successful career in real estate before Czechoslovakia’s Velvet Revolution drew him to Bohemia.

In 1991, shortly after the fall of communism in the region, the Czech government enacted restitution laws designed to return seized property to the rightful owners. “It came at the perfect time for me because the real estate market in Boston was tanking at that moment,” recalls Lobkowicz. “Getting our property back quickly became a full-time job. There were something like 105 locations around the country.”

The property that has been returned to Lobkowicz includes 10 castles (Nelahozeves, a Renaissance-era château 15 miles north of Prague, also has been opened to the public) and a winery and brewery. Lobkowicz Palace, which was built in the mid-1500s and underwent an extensive Baroque renovation a century later, is the only privately owned venue on the grounds of Prague Castle, and the property is central to Lobkowicz’s plan to preserve his family’s heritage. “Our solution has been foundations and nonprofit work combined with cultural tourism using renovated castles in innovative ways,” says Lobkowicz, who formed an events-management company to restore and operate the family estates.

Like the fortunes of the Lobkowicz family, the city of Prague has flourished since the fall of communism in 1989.

At his Prague Castle palace, Lobkowicz has added a café and fine dining restaurant and restored a classical music hall. A permanent exhibition, The Princely Collections, features Bohemian paintings from the Renaissance era through the middle of the 20th century, a significant assortment of 16th-century Spanish paintings, and firearms, armor, musical instruments, furnishings, and other items amassed over the centuries by the Lobkowicz family. “There were 10,000 objects, including paintings, drawings, musical manuscripts, and decorative arts,” says Lobkowicz. “We had to find the objects, negotiate their removal, and put them somewhere safe. After 12 years in court we got the palace back, and I finally had somewhere for the collection.”

The armory, one of the finest collections of firearms and armor in Central Europe, is of particular interest to Lobkowicz, both for its rarity and for the difficulty he had in ensuring its preservation. “It was in numerous locations around the country and included guns my family picked up when the Turks were at the gates of Vienna,” he says. (In 1529, members of the Lobkowicz family helped defend the city against invading Turks.) “I remember going to all these places and just throwing [the guns] in the back of my car. We had not gotten any castles back at that time and had no place to put them, so we stored them in an old brick warehouse, which was not the most secure location. I was very worried we would lose them.” Among the firearms he retained are several guns similar to those used in the Thirty Years’ War, when the son of Polyxena raised a regiment that fought with the Catholic forces.

In the restored concert hall, under ceilings displaying 17th-century depictions of Bohemia’s military triumphs, Lobkowicz celebrates another heroic element of the family’s past. Daily classical music concerts pay homage to the Lobkowiczes’ patronage of some of history’s most prominent musicians, including Mozart and Dvorák. Wagner’s stay at the Lobkowiczes’ Castle Strekov inspired him to compose the opera Tannhäuser, and Beethoven dedicated the Eroica and Pastoral symphonies to his longtime friend and benefactor, the seventh prince, Franz Josef Maximilian Lobkowicz.

Across an open courtyard from the concert hall, a music salon contains original scores with corrections made in the composers’ hands. Highlights of the palace’s art collection, which is on display throughout the property, include two views of London by Canaletto and a pastoral scene, Haymaking, completed by Pieter Brueghel the Elder in 1565. The portraits of Lobkowicz family members in the Prince Moric Room offer a short course on the relationships between the royal houses of Spain, Austria, and Bohemia, while a balcony room features a ceiling decorated with familiar mythological scenes painted by Czech artist Václav Fabián Hárovník in the mid-1600s.

A short stroll through the balcony room leads to an expansive balustraded terrace, where Lobkowicz’s company can arrange a private wine tasting accompanied by a trio of musicians. Tastings might feature Rieslings and other varietals from the Roudnice Lobkowicz Winery, an estate located in a small town on the west bank of the Elbe River, 30 miles north of Prague. (Czech president Václav Havel chose the Roudnice Lobkowicz 1992 St. Lawrence, a full-bodied red, to serve at a state dinner feting Queen Elizabeth in 1996.)

The Roudnice estate, which Lobkowicz reclaimed in 1993, was one of the first properties returned to him. The winery originally came into the family’s possession in 1603, when Lady Polyxena married the high chancellor of the Czech Kingdom, Zdenek, Prince of Lobkowicz. Polyxena’s family had been cultivating grapes in Rozmberk, a small village near the Austrian border, for centuries, and she was well versed in selecting wines for royal dinners and other significant events. It is not known what vintage she chose to calm the Hapsburg ministers when they emerged from beneath her skirts.