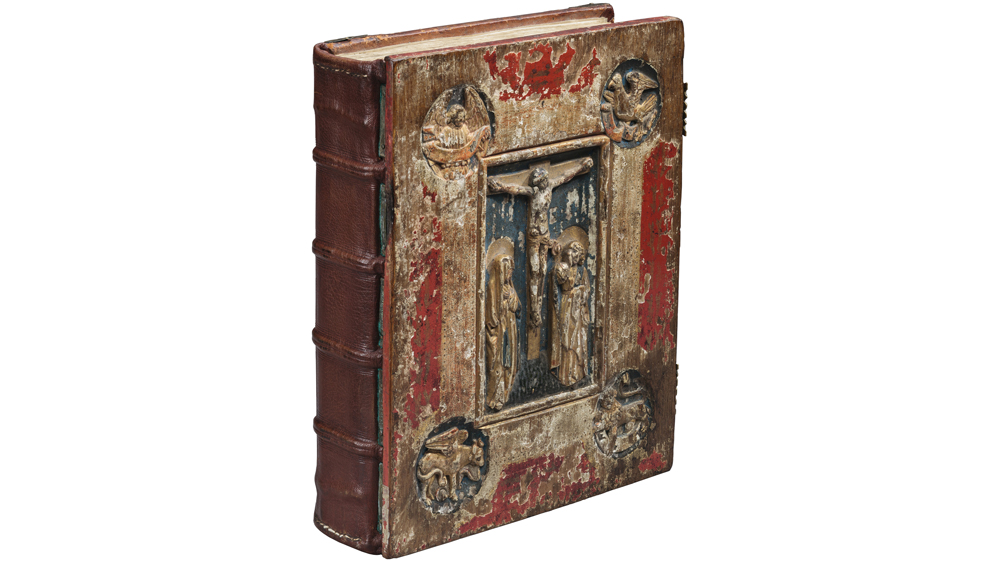 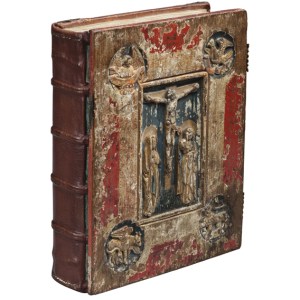 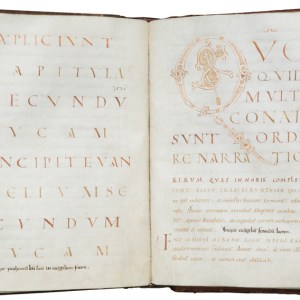 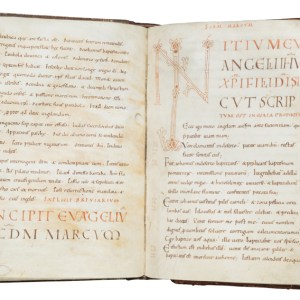 Call it a collection of biblical proportions. From April 9 through May 2, the Les Enluminures gallery in New York will display the Idda Collection of Romanesque biblical manuscripts. Named for Saint Idda, Switzerland’s only female saint, it consists of 16 medieval manuscripts, the latest of which dates to the early 13th century.

The crown jewel of the collection is the Liesborn Gospel Book ($6.5 million). Finished in northwestern Germany in the waning years of the first millennium AD (it dates to circa 980 to 1000), it stands apart for several reasons. We know who its scribe was—a man named Gerwardus who was likely a deacon in Essen, Germany—because he took the extremely unusual step of signing his handiwork in code. Its oak board cover is graced by a carving of the Crucifixion in relief. It is the only gospel book from the Ottonian period (919–1024) that remains in private hands.

Painstakingly lettered and illuminated by hand in the centuries before Gutenberg invented the printing press, each of these rarities is one of the sort of masterpiece that only come into being when talented people are given the necessary tools and time to perfect their creations. Regardless of their religious significance, these pieces stand on their own as true examples of handcrafted art. (lesenluminures.com)