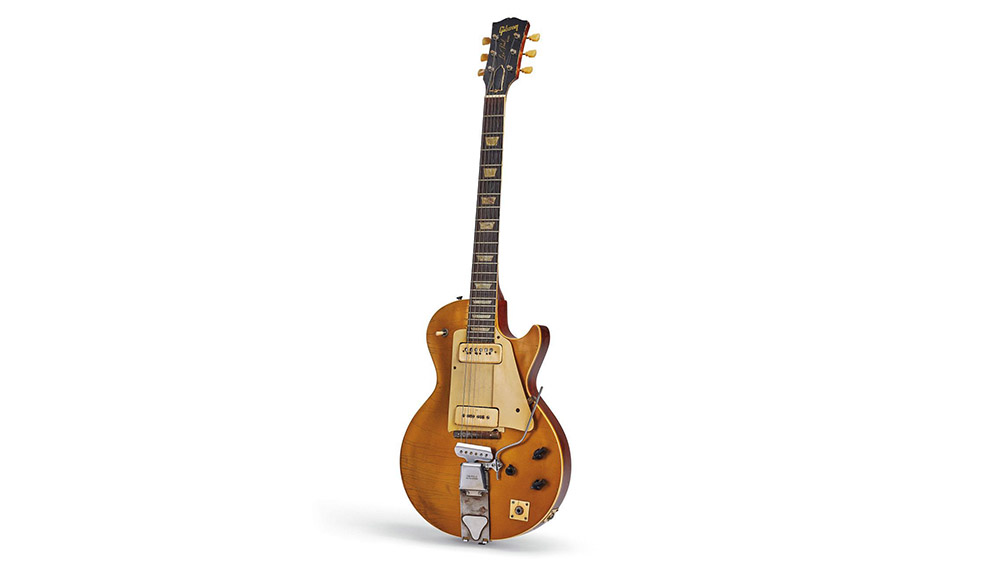 The guitar that helped revolutionize rock ‘n’ roll is going up for auction this fall.

In October, Christie’s will auction off the first Gibson Les Paul Goldtop. Dubbed “Number One,” the instrument is the first solid-body electric guitar that met the actual Les Paul’s demanding standards and is a basis for the model that has become a rock staple in the decades since.

Paul is best known today to all but the most dedicated of record collectors for his eponymous guitar. But in the 1940s and ‘50s, he was a chart-topping musician and noted inventor, best known for his guitars and new audio techniques, like multi-track recording. That’s why Gibson turned to him to help develop its first solid-body electrified guitar. The brand was quickly losing ground to rival Fender following the introduction of the Telecaster, the first mass-produced electric guitar, and needed an answer quick. The result was the Les Paul, an instrument that would go on to be used by some of rock’s most famous guitarists, like Paul McCartney, Eric Clapton, Jimmy Page, Keith Richards and Slash.

The guitar maker presented Paul with the “Number One” Goldtop in 1952. Although the musician was pleased with the guitar, he was a constant tinkerer, and the guitar soon bore little resemblance to the stock model he received. He would eventually swap out the trapeze tailpiece and neck pickup, re-drill the polepiece holes and adding hum-canceling dummy coils and another output jack, according to Guitar.com. Regardless, the guitar was the culmination of a lifelong dream and would remain among his most prized possessions until his death in 2009.

“This was the most historically significant, valuable, pivotal, and important guitar to my father, his crowning achievement,” Paul’s son Gene, who is selling the guitar with longtime guitar builder Tom Doyle, said in a statement.

A closeup of the “Number One”Goldtop  Christie's Images LTD

Paul’s “Number One” Goldtop is scheduled to hit the block as part of Christie’s Exceptional Sale in New York on October 13. The auction house expects the guitar to sell for between $100,000 and $150,000. Sure, you could always by your own Les Paul for $2,500, but we have a feeling it just won’t be the same.