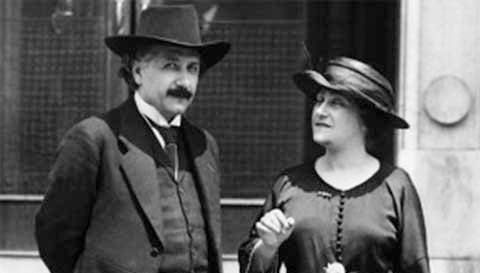 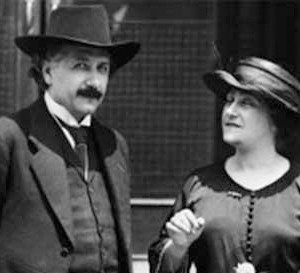 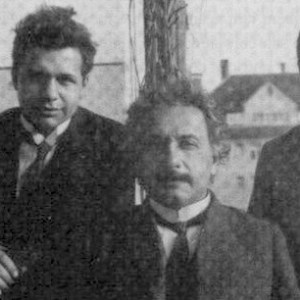 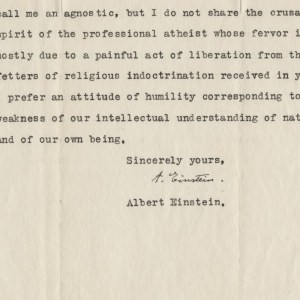 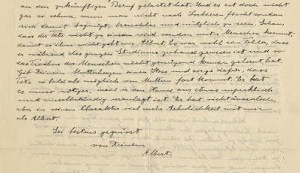 On June 11 at the Profiles in History office in Los Angeles, the memorabilia auction house offers a glimpse into the mind of a genius, with one of the largest collections of Albert Einstein’s letters ever auctioned. The 25-plus lots include personal correspondence about politics, science, and religion, as well as letters to his sons, Hans and Eduard, and his first wife, Mileva Marić. Among the most sought-after items at the Profiles in History Historical Documents Auction will be two letters from 1945 and 1949 addressed to the naval seaman Guy H. Raner Jr., which are expected to fetch more than $15,000 each. In the letters, Einstein emphasizes his agnosticism pertaining to belief in God, and in one he states his “attitude of humility corresponding to the weakness of our own intellectual understanding of nature and of our own being.”

Two other letters—one from 1933 written to his son Eduard renouncing his German citizenship and one to Mileva in which Einstein writes, “Theoretical physics is currently enormously thorny”—are estimated to go for more than $20,000 and $30,000, respectively.

The most valuable piece may be a communication to his son Hans in which Einstein writes about his theory of relativity and its relation to the atomic bomb. Dated one month after the detonations over Hiroshima and Nagasaki, the letter is expected to sell for more than $40,000. This and the other letters up for bids at the auction divulge significant insight into the thoughts of one of history’s greatest minds.