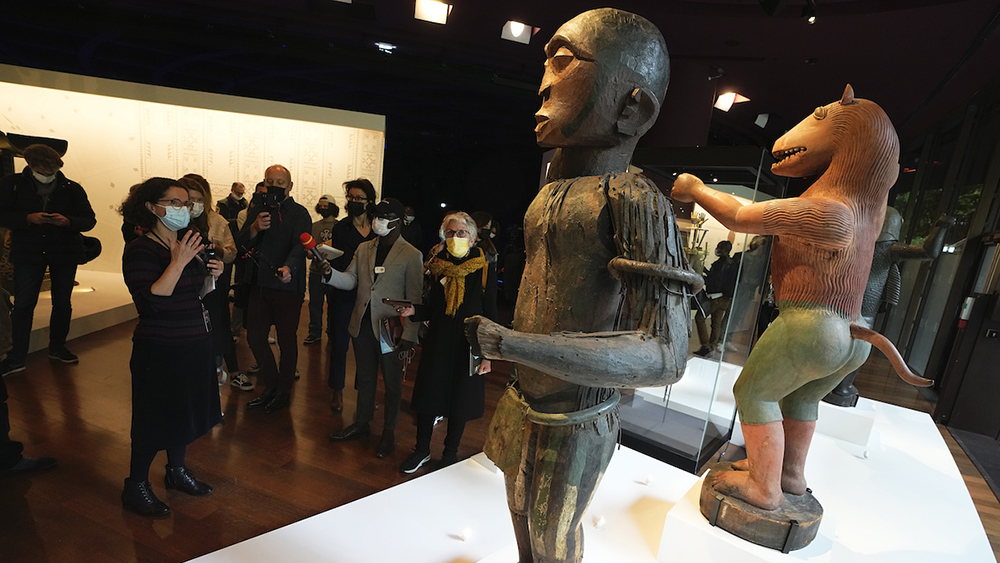 Ahead of their long-awaited repatriation to Benin, 26 looted objects will go on view for one last time at Paris’s Musée du Quai Branly before departing France for good. The five-day special presentation opens on Tuesday and comes ahead of a planned return set for early November.

The objects were stolen from the Kingdom of Dahomey in 1892 by members of the French military. Over the past few years, French politicians have been embroiled in an intense debate over what it would mean to return the objects and whether they should be considered a part of France’s heritage. In 2020, French senators unanimously voted to return the 26 looted objets, along with a sword taken from Senegal.

Emmanuel Kasarhérou, who has led the Quai Branly since last year, told Le Monde that the museum chose to stage the five-day exhibition of the 26 objects in an attempt to map their entire chronology.

“We wanted to show these works have a history: they have been in the collections of France for almost 130 years,” he said. “In the same way that we cannot take away their ancient history, we cannot erase their French history. We had to tell the complexity of this story.”

Kasarhérou’s position is far different from that of his predecessor, Stéphane Martin, who largely opposed repatriating objects believed to be plundered. Martin publicly decried a report by scholars Bénédicte Savoy and Felwine Sarr that urged French institutions to send back looted objects, calling it “self-flagellation” and saying that he preferred “sharing” with African countries rather than outright returns.

When the 26 works from Dahomey go back to Benin, they will be housed at a new museum planned for Abomey that is partially funded by France. The Associated Press reported that Benin’s culture minister, Jean-Michel Abimbola, called the return a “historic milestone.”

Whether this action opens the door to future repatriations remains an open question in France. Roselyne Bachelot, France’s culture minister, said that the return “will not create a legal precedent,” according to the Associated Press. Kasarhérou told Le Monde that giving objects back is a state-related matter, but that the Quai Branly had been “working on the source of all our collections,” including Native American objects in its holdings.