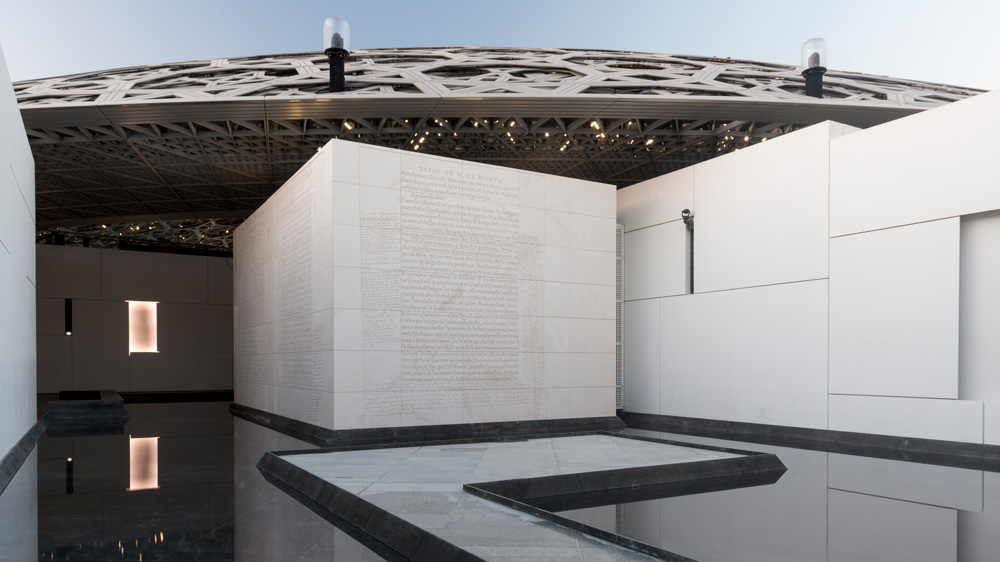 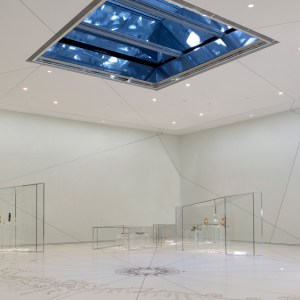 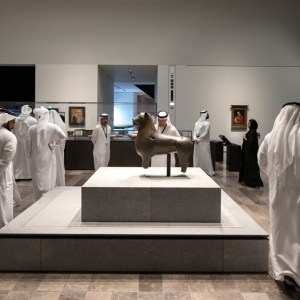 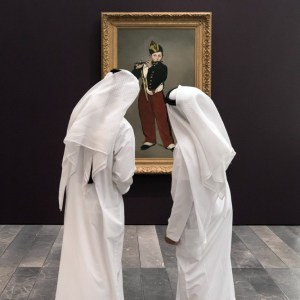 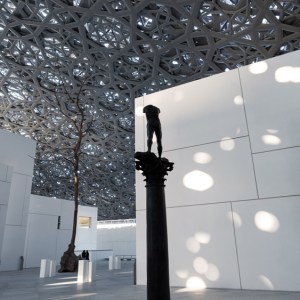 Abu Dhabi may be a desert island, but it’s certainly not a cultural desert with the long-anticipated inauguration of Jean Nouvel’s masterpiece for Louvre Abu Dhabi on November 11.

“It hasn’t been easy, but the day is finally here. This is a day where we all see history being made, where we feel connected and at one with each other and to the world. This is a gift from the UAE to the world,” said His Excellency Khalid Al Mubarak, Chairman of Abu Dhabi Tourism & Culture Authority, during the opening-day festivities.

A visibly moved Jean Nouvel recalled his initial inspiration for his Rain of Light concept, which came to him when he first beheld the site for the museum on Saadiyat (meaning happiness) Island from a helicopter over 10 years ago. “I’m a contextual architect. A building must transcribe the culture of its country. It’s designed as a neighborhood, an agora-hub, a symbol of Arabic life.”

His 180-meter-diameter double dome casts dapples of filtered sunlight through its eight layers of geometric perforations, like a canopy over this oasis of culture.

The Louvre Abu Dhabi’s narrative is diffused into 12 chapters across its medina of 55 galleries, with staggering masterpieces on loan from the Louvre in Paris, 13 leading French museums, and the museum’s own collection.

Its theme is “See humanity in a new light,” and the artworks and artefacts on display do just that, spanning the history of civilization with masterpieces that include the bronze Winged Dragon from Northern China, 475–221 BCE; the stone bust of Alexander the Great, previously exhibited alongside the Venus de Milo in the Louvre in Paris; Gilbert Stewart’s Portrait of George Washington—the model for the portrait on the U.S. one-dollar bill—and Leonardo da Vinci’s oil-on-panel La Belle Ferronnière (ca. 1495), the only time this masterpiece has ever left Europe.

Two commissioned artworks set the tone at the entry: the calligraphy walls by Jenny Holzer titled For Louvre Abu Dhabi 2017 and Germination by Giuseppe Penone. “People will come here with questions,” said Hissa Al Dhaheri, the Louvre Abu Dhabi’s deputy director. “If we’ve done our job properly, they will leave with even more.”

In Sync with Abu Dhabi Art

The opening of the museum was timed to coincide with the ninth run of Abu Dhabi Art, a fair that showcases established and emerging talents from the region and aims to foster greater dialogue between established Middle-Eastern artists and their international contemporaries.

For this year’s edition, Omar Kholeif, the Manilow senior curator and director of global initiatives for the MCA in Chicago, curated a special section of the fair—Focus: Beyond Territory, the goal of which was to introduce intergenerational artists from both emerging and leading galleries to a Middle-Eastern audience for the first time. “I assembled a dream list of artists! I choose artists whose work spoke to each other, creating a dialogue between them.”

Presentation highlights included four of Penone’s studies for his Louvre Abu Dhabi commission in China ink and sepia, and a landscape that “explored the materiality of land” in white Carrara marble and acacia thorns. (Penone is represented by Marian Goodman Gallery.)

Lebanese duo Joana Hadjithomas and Khalil Joreige exhibited their Marcel Duchamp 2017 Prize–winning Unconformities as part of Kholeif’s solo artist curation. Unconformities is an installation of glass tubes of layered earth recuperated from drilling cores, revealing the cycle of destruction and construction that question the lasting impact of man on his environment.

Hayv Kahraman’s Untitled 2016 series explores the landscape of the body. Kahraman uses an ancient Iranian technique of palmwood weaving. In this series, she reinjected strips of previously completed paintings that she had destroyed into her current work, causing them to reappear as past memories. (She is represented by The Third Line gallery in Dubai.)

“I was born in Egypt and know this region well,” says Kholeif. “Many of these artists have never exhibited in the Middle East before. I am super happy with the result. We have had rave reviews.”