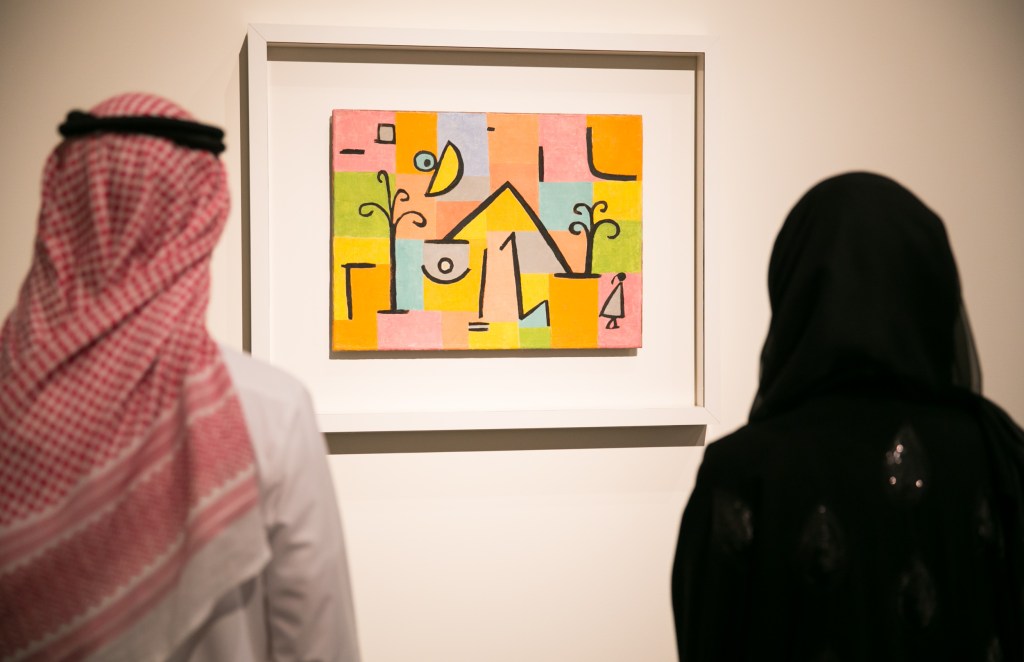 In the first major display of its collection outside Abu Dhabi, Louvre Abu Dhabi will show more than 160 of the finest masterpieces from its permanent collection in the Musée du Louvre, Paris, at the Napoléon Hall from May 2 until July 28, 2014.

The exhibition, titled Birth of a Museum, will provide visitors to Musée du Louvre, Paris, with a preview of the museum that is set to open late next year in the Saadiyat Cultural District, also the home to the Zayed National Museum and Guggenheim Abu Dhabi. Situated in the Cultural District in Abu Dhabi, Louvre Abu Dhabi is a universal museum designed to house aesthetic expressions of different civilisations and cultures from the most ancient to the most contemporary.

In reference to philosophers and to the Universalism inherited from the Age of the Enlightenment in the 18th century, the Universal concept of the Louvre Abu Dhabi will challenge traditional art history categories and will review conventional stylistic approaches. It will also explore and establish unrevealed artistic, historical and anthropological links between cultures.

Visitors will be able to explore artworks from ancient times including one of the finest examples of a standing Bactrian Princess from the end of the 3rd millennium BCE, a Middle-Eastern gold bracelet with a lion’s head approximately 3000-years-old and a painting by Oman Hemdy Bey from the 1878 titled A Young Emir Studying anda painting by Paul Gauguin Children Wrestling, 1888. Extending into more modern, contemporary artworks include a Piet Mondrian that was previously part of the former Yves Saint-Laurent and Pierre Bergé Collection, a painting by Alexander Calder and a series of nine canvases by contemporary artist Cy Twombly.

Commenting on the exhibition, HE Sheikh Sultan bin Tahnoon Al Nahyan, Chairman of Abu Dhabi Tourism & Culture Authority (TCA Abu Dhabi) said: “It is with much anticipation that we share these treasures internationally. This is a significant milestone for Louvre Abu Dhabi that translates an important moment of history where both countries, UAE and France have collaborated and shared a vision enabling this achievement to be realized. The introduction to audiences outside Abu Dhabi provides an insight into the concept of Louvre Abu Dhabi and the museum as a place of cross-cultural dialogue and exchanges”

The exhibition curators are Vincent Pomarède, Director of Mediation and Cultural Programming/Director of the Department of Paintings at the Musée du Louvre, Paris Laurence des Cars, Director of the Musée de l’Orangerie and Khalid Abdulkhaliq Abdulla, Assistant Curator for Birth of a Museum Exhibition, TCA Abu Dhabi.

A previous Birth of a Museum exhibition was unveiled in Abu Dhabi at Manarat Al Saadiyat last year (April 22 until August 24, 2013) and welcomed visitors from all around the world.  The exhibition was inaugurated by HH Sheikh Hazza Bin Zayed Al Nahyan, Vice-President of the Executive Council Abu Dhabi, in the presence of Madame Aurélie Filippetti, French Minister of Culture and Communication.

Louvre Abu Dhabi was born of an agreement between the governments of Abu Dhabi and France in 2007, and the museum will display art, manuscripts and objects of historical, cultural and sociological significance – from both its permanent collection as well as loans from major French institutions.

Progress of Louvre Abu Dhabi continues; the collection is often showcased to the UAE audience through a number of public programs (including exhibitions, performances and panels of scholars), the Abu Dhabi team is expanding in anticipation of the opening of the museum and the training of UAE Nationals is an ongoing priority. A one to one mockup of one of the museums’ galleries has been completed and the iconic dome continues to be assembled and placed into position on the construction site. With a built up area of 64,000 square metres, Louvre Abu Dhabi is conceived as a complex of pavilions, plazas, alleyways and canals, evoking the image of a city floating on the sea. Hovering over the complex will be a vast, shallow dome — some 180 metres in diameter — perforated with interlaced patterns so that a magical, diffused light reminiscent of the shadows of palm trees will filter through.

About Abu Dhabi Tourism & Culture Authority (TCA Abu Dhabi): Abu Dhabi Tourism & Culture Authority conserves and promotes the heritage and culture of Abu Dhabi emirate and leverages them in the development of a world-class, sustainable destination of distinction, which enriches the lives of visitors and residents alike. The authority manages the emirate’s tourism sector and markets the destination internationally through a wide range of activities aimed at attracting visitors and investment. Its policies, plans and programmes relate to the preservation of heritage and culture, including protecting archaeological and historical sites and to developing museums, including the Louvre Abu Dhabi, Zayed National Museum and Guggenheim Abu Dhabi. TCA Abu Dhabi supports intellectual and artistic activities and cultural events to nurture a rich cultural environment and honour the emirate’s heritage. A key authority role is to create synergy in the destination’s development through close co-ordination with its wide-ranging stakeholder base.

About Louvre Abu Dhabi: Born of an intergovernmental agreement between the UAE and France in 2007, Louvre Abu Dhabi has the vocation to be the first Universal museum in the Arab World translating the spirit of openness and dialogue of cultures. Linking Abu Dhabi with the name of the Louvre, Louvre Abu Dhabi designed by Pritzker-prize winning architectJean Nouvel, will display works of historical, cultural and sociological significance from the most ancient to the most contemporary. Spanning millennia, the artworks on display will originate from civilisations all over the world. The originality of the museum narrative trail resides in presenting these civilisations in the same spaces, galleries, rooms or gallery cabinet. Universal themes and common influences will be highlighted to illustrate similarities and exchanges arising from shared human experience transcending geography, nationality and history. Louvre Abu Dhabi is set to open in 2015.

About Louvre Abu Dhabi Talking Program: The Talking Art programme is a series of public discussions to engage the local audience with each of the forthcoming museums in the Saadiyat Cultural District, where representatives from the curatorial departments of each of the partner institutions join other expert panellists to deeply explore topics pertaining to the growing collections and museum developments.

Specifically, the Louvre Abu Dhabi Talking Art Series has been a tool to unveil the collection through its cultural programme and explores the significance of individual works both in art historical terms and in the context of the museum’s growing collection. The first series began in September 2012 and concluded in June 2012. Second series that commenced in October 2012 ran until June 2013. The third series began in October 2013 and will conclude in May 2014.

About Saadiyat Cultural District: Saadiyat Cultural Districton Saadiyat Island, Abu Dhabi, is devoted to culture and the arts. An ambitious cultural undertaking of the 21st century, it will be a nucleus for global culture, attracting local, regional and international visitors with unique exhibitions, permanent collections, productions and performances. Its iconic buildings will form a historical statement on the finest 21st century architecture;Zayed National Museum, Louvre Abu Dhabi and Guggenheim Abu Dhabi. These museums will complement and collaborate with local and regional arts and cultural institutions including Universities and Research Centres.