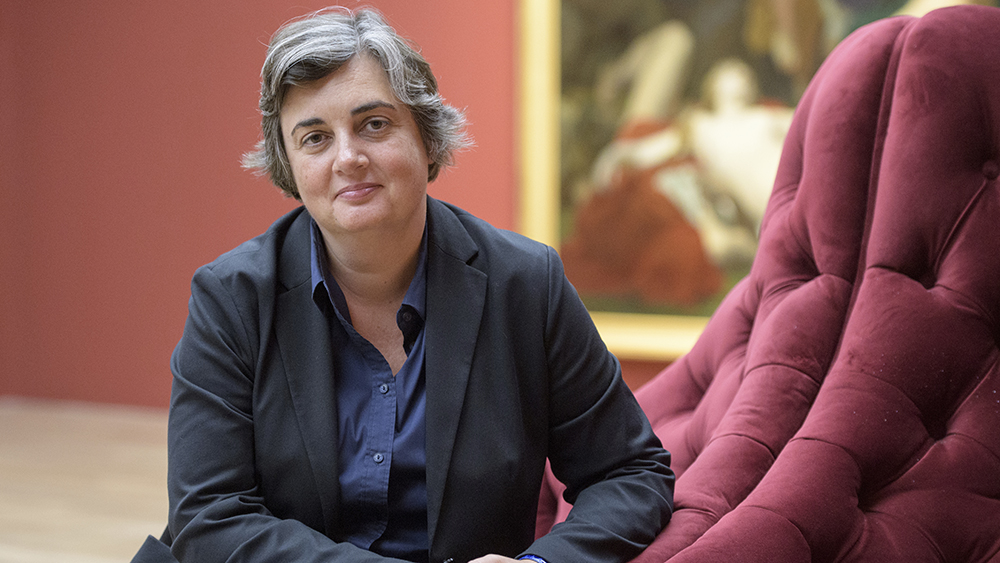 For the first time in its 228-year history, the Louvre will be directed by a woman. Laurence des Cars, the current leader of the Musée d’Orsay and the Musée de l’Orangerie in Paris, has been picked by French president Emmanuel Macron as the next leader of the Louvre. Des Cars succeeds Jean-Luc Martinez, who has been the museum’s president since 2013, and she begins on September 1.

“She will create a dialogue between ancient art and the modern world one of her priorities, with the constant concern of reaching the greatest number [of people],” the French cultural ministry said in its release. “She will place [her] experience, particularly proven during the crisis, at the center of the politics of the establishment.”

Des Cars has been at the helm of the Musée d’Orsay since 2017 and the Orangerie since 2014. During her time at the Musée d’Orsay, she has received acclaim for outré exhibitions that have pushed against the ways that 19th-century French art has long been exhibited. Among the shows mounted under her leadership was 2019’s “Black Models: From Géricault to Matisse,” an expanded version of the Denise Murrell–curated survey “Posing Modernity” that had been met with acclaim in New York the year prior.

An expert in 19th-century art, des Cars served as curator at the Musée d’Orsay from 1994 to 2007. She has also organized shows there in the years since. In 2014, she curated “Sade: Attacking the Sun,” which provocatively elucidated themes of sadism in works by Rodin and Ingres via the writings of the Marquis de Sade. Meanwhile, at the Orangerie in 2017, she managed to lure in large crowds with “American Painting in the 1930s,” which brought masterpieces such as Grant Wood’s American Gothic (1930) to the French capital.

The appointment of des Cars may signify a larger shift taking place at the museum, which has historically been conservative in its presentations. Under Martinez’s leadership, the Louvre remained what he once called a “classical museum,” or one primarily devoted to historical presentations consistent with what was already in the collection. His predecessor, Henri Loyrette, had expanded the Louvre’s purview to included more contemporary art programming. Aside from a Pierre Soulages show in 2019, Martinez has largely moved the Louvre away from that.

Over the past year, with his contract up for renewal, Martinez has weathered what the French publication Le Figaro called “a downpour of stink-bombs.” He faced pushback from the start of his term, since he was formerly a Greek art curator at the museum, causing some to suggest that an archaeologist should not lead the Louvre. But in recent months, criticism of his leadership has reached a fever pitch.

Renovations at the museum led to an outcry from experts, and the Cy Twombly Foundation sued the Louvre, claiming that the re-painting of a gallery wall altered a permanent installation by the artist situated on its ceiling. Meanwhile, critics also alleged that the museum had sold out by linking up with brands like Uniqlo and Dior, and by attempting to bring in influencers. In April, Martinez’s contract was renewed on an interim basis, leading many to believe he would soon be ousted.

Des Cars has worked with the Louvre before, though not at its primary location in Paris. From 2007 to 2014, des Cars was scientific director of the Agence France-Muséums, where she helped set up the Louvre Abu Dhabi ahead of its opening in 2017. Critics believed that the museum, which cost $1.2 billion to build, was growing far too expensive, but it has since been acclaimed as as one of the predominant institutions in the city.

Most major French museums have rarely, if ever, had female leaders. When des Cars became president of the Orsay in 2017, she was the second woman to assume the role. The Palais de Tokyo hired its first woman at the helm in 2019 with Emma Lavigne. The Centre Pompidou has only ever had one female president, Hélène Ahrweiler, who led the museum from 1989 to 1991.

Des Cars has called on institutions to offer women more leadership roles. In 2018, she told The New York Times, “It’s a consequence of official institutions not reaching out to women enough, or not giving them enough confidence. We’re talking about cultural habits that are deeply ingrained in our societies…. Women need to overcome their personal doubts, and to tell themselves: ‘I’m capable of this. It’s coming at the right time in my life and in my career. I’m ready for this.’”