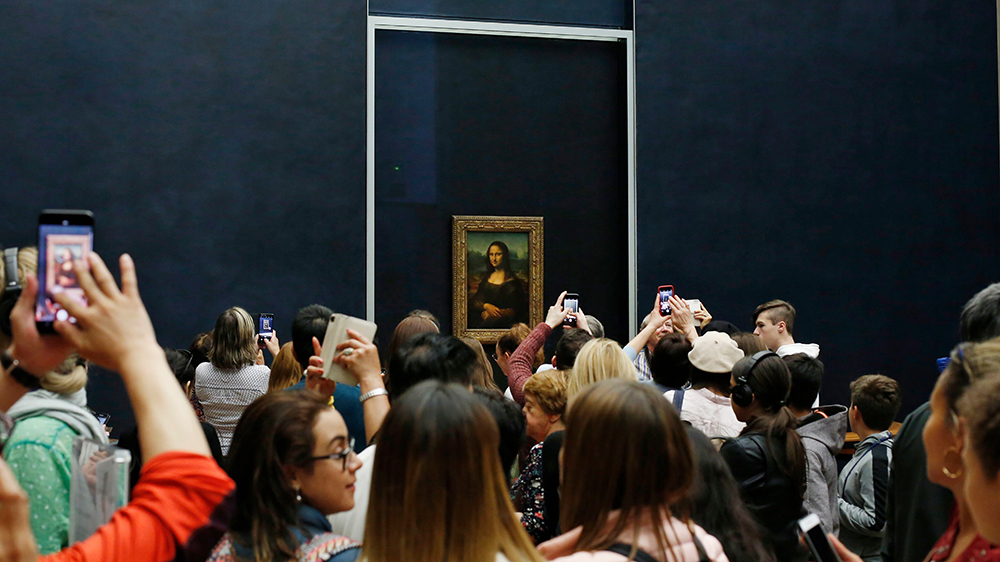 Will art fans ever tire of Leonardo da Vinci? If the attendance record just set by the legendary artist’s recent Louvre retrospective is any hint, the answer is not anytime soon.

The French museum’s just-closed exhibition of the Renaissance master’s work brought in a breathtaking 1,071,840 million visitors between October 24 of last year and February 24, according to a press release. That figure nearly doubles the previous record of 540,000 visitors for a single show set by the museum’s Eugène Delacroix retrospective in 2018.

Meant to celebrate the 500th anniversary of Leonardo’s death, the Louvre’s headline-grabbing show was an unprecedented display of the towering artist’s work in one location. The retrospective featured five of the museum’s own paintings—including Saint Jean Baptiste, Virgin of the Rocks and the artist’s most famous work, the Mona Lisa—along with the borrowed Benois Madonna, the La Scapiliata, St Jerome and Portrait of a Musician.

“It’s wonderful that 500 years after his death, an Italian Renaissance artist continues to fascinate the general public so much,” Jean-Luc Martinez, president and director of the Louvre museum, said in a statement. “Today, I have two reasons for pride: the success of bringing together the greatest number of Leonardo’s works and in welcoming so many and such diverse audiences.”

Notably absent from the exhibition was the world’s most expensive painting, Salvator Mundi. Since hammering down for $450.3 million at Christie’s in 2017, the oil on walnut piece of Jesus in Renaissance dress has become an object of fascination and a source of scholarly debate.

Throughout the Leonardo retrospective’s four-month run, an average of 10,000 visitors attended the show per day. The overall figure of nearly 1.1 million visitors was achieved, in part, because the museum wisely added 46 evening openings to its usual schedule. Additionally, the show was open for nearly 81 hours straight in the lead-up to the closing, during which time admission, coffee and madeleines were free.